The Marvel Cinematic Universe has always included some top-notched powerful weapons. But the current MCU Phase 4 has introduced three weapons that are stronger than Thor’s Mjolnir. 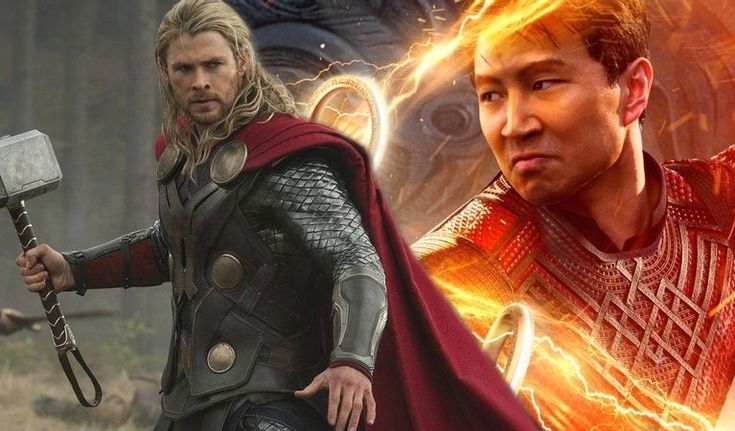 The Marvel Cinematic Universe Phase 4 is introducing three exclusively new weapons that all might be stronger than Thor’s hammer. The franchise has already featured some of the best and powerful weapons of the world including Captain America’s shield, Loki’s scepter, Thanos’ sword, Black Panther’s suit, and Thor’s hammer. But as far as Phase 4 is concerned, all these weapons could be nothing if compared with what’s there to come in Eternals, Shang-Chi and the Legend of the Ten Rings, and Thor: Love and Thunder.

Till now, the Marvel Cinematic Universe Phase 4 has been all about setting up new characters and lore for the plot. With the end of Loki season 1, the concept of Multiverse has become the new central focus for the franchise to overarch every story, opening up multiple possibilities, and enter into Disney’s shows and movies. Plus, as the heroes are growing in power and size, their characters are demanding new and more powerful weapons to keep the stories keep intriguing the audiences.

With that said, it looks like Marvel is trying to bring some new powerful threats in Phase 4 and that is why it is going to become mandatory for the makers to introduce weapons stronger than Stormbreaker or Mjolnir. Whether the weapons are going to play the threat or help the mighty heroes fight the villains remains to be seen, but they’d surely shake up the entire story of the film in some exciting way or the other.

Marvel’s Eternals is going to introduce the titular superheroes to the Marvel Cinematic Universe. With that said, it will also introduce Kit Harington’s classic hero Black Knight. In the comic world, the Black Knight wields a powerful weapon called the ‘Ebony Blade’ that was created with the help of a meteor. The sword carried several impressive powers including a deadly curse that slowly corrupts its wielder with time.

Marvel’s one of the most dangerous villains, Gorr the God Butcher, is going to show up in Thor 4. The villain first came to power after defeating All-Black that was previously wielded by the King in Black. The blade has the power of the Celestials that makes it capable enough to kill anything and even diminishing the impact of dark magic. With that said, to fight such as powerful weapon, Thor will also be offered something worth for the future of MCU Phase 4.