There is no secret in how much effort an actor needs to make to look good on camera. Some even need regular workouts before doing a shirtless scene to flaunt their bodies prominently on the screen. But in the last couple of years, Hollywood had raised its bar about how an actor should look when they took their shirt off. It is no more about just being in good shape. Actors now have to do vigorous workouts and follow strict diet plans that lead them to specific roles. They even need to partake in a series of quasi ticks just before they shoot a shirtless scene.

From Hugh Jackman to Jason Momoa, here are 5 famous actors who explained what they need to do to film a shirtless scene – 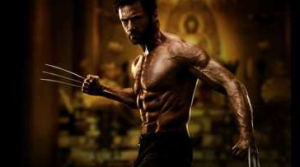 Wolverine’s ability to be healthy and his strong metabolism made the character ripped to perfection as a fictional character. That is why it was challenging to find the right fit to play him. Since the very first film of the franchise, Jackman has been much disciplined and followed a strict regimen to get into shape. On The Late Show with Stephen Colbert, he explained what he needs to show off his body on screen. He said, “I find out the date, which is the shirt-off scene. And it’s about a three-month run-up. So you gotta be in good shape, but the three months before is very specific. And it finishes with dehydration. Don’t do this at home.”

300 is legendary when it comes to flaunting fitness on screen. The actors who played Spartans’ characters in the film underwent the 300 Workout or, say, Spartan Workout to get their bodies to look perfect for the roles. As a part of their fitness regime, Mark Twight made the actors perform these activities –

Twight used to motivate the actors by saying, “nothing more powerful [than] thirty guys in a room, all vying to be alphas. Everyone had on leather underpants and a cape. Nobody wanted to be remembered as the Spartan with the muffin top.” 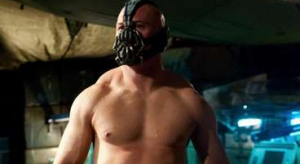 Comic book heroes have extraordinary muscles, but no one comes close to what Bane possesses. This Batman villain muscles up like crazy and gets ridiculously humongous. When Tom Hardy was asked about his preparation for this role, he replied, “No, I took Smarties. What do you f*cking think?” It depicts that he took substances that helped him gain muscles. 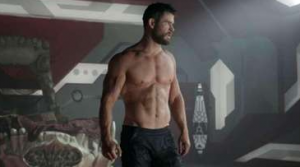 When Chris Hemsworth was asked about his preparation for Thor: Ragnarok, he replied: For Thor, my workouts alternate between heavy weightlifting, bodybuilding work to lighter timed fitness, and more resistance and functional type stuff. With bodybuilding, we usually do four sets for each exercise, and ranges are anywhere from eight to 12 reps. We train six days a week for about an hour, but never much over an hour, but we go hard during that time frame. I train when I’m not playing Thor, but I’m less bulky because I eat less, and my workouts are more rounded and less centered around being muscular. I usually put on about 20 lbs. of muscle to play Thor.” 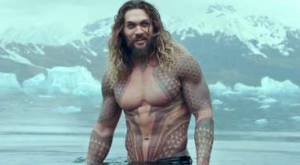 Jason Momoa has played the majority of his career as a muscled warrior. While he already looked spectacular in Game of Thrones, he stepped up even more for Aquaman. The workout session for Aquaman was intense, and he even joked about it by saying, “That’s all they want – me with my shirt off!”