Mostly, filmmakers prefer to write plot twists of the movies in their endings. But how it goes when fans notice the plots being foreshadowed early on? 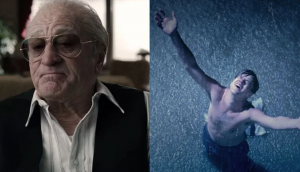 A good filmmaker creates a movie that is entertaining to watch, but a great filmmaker will also choose to create something that will be in the conversation for years. Whether it is about good casts, good cinematography, good storytelling, or good musical background, some filmmakers are known for their spectacular work in the film industry. However, there is one other way in which fans remember the films: their endings.

One of the greatest skills that a filmmaker can pull off is destructing the ending of a movie in a way that the audience can’t even notice for the first time. Masters of foreshadowing like Edgar Wright and Martin Scorsese plant some hints about how their story will end but viewers can’t catch them on their first go. But if someone becomes eagle-eyed, it’d become easy to catch these hints.

With that said, these are the 5 out of many movies that could have had a better ending –

Christopher Nolan’s The Prestige was a commercially successful movie. It starred Hugh Jackman and Christian Bale as the rival magicians who were engaged in the “Transported Man” illusion. Hugh’s character always struggled to know how the illusion worlds. But the twist of the film reveals that “Alfred Border” is a character that includes two identical brothers. However, this secret was foreshadowed much earlier in the film when Borden explained the same illusion trick with two identical birds.

In David Fincher’s Fight Club, Brad Pitt plays a character called Tayler Durden, who is the narrator’s imagination. In a scene in the movie, the narrator says that “When you’re suffering from insomnia, nothing’s really real.” This was not the only time where foreshadowing of the plot of the movie could be seen. The narrator kept the hints flowing at a fast pace throughout the movie that made them impossible to notice.

Martin Scorsese’s Shutter Island is a film that is based on two US Marshals visiting a mysterious psychic hospital on a remote island. The plot of the film was based on investigating the missing patient. From the beginning, it was clear that something is wrong in the storyline of the movie but it was revealed at the end. As guessed, one of the two US Marshals was a patient of the hospital. The twist was foreshadowed when he struggled to unholster his weapon.

Sam Mendes’ Skyfall was a unique adventure that premiered in 2012. While the twist of the film actually shocked many viewers, the initial credits of the movie already foreshadowed M’s heartbreaking death. It showed up when Judy Dench’s name appeared on the screen that included several tombstones. 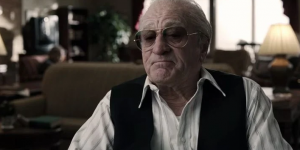 Martin Scorsese’s The Irishman was based on the life of mob hitman, Frank Sheeran. He was responsible for the murder of the union boss, Jimmy Hoffa. While a lot of things happen in the run-time of the film, the subtle was focused on Hoffa’s murder. But if the viewers watch closely, the opening sequence of the film already tells the audience that the plot will rotate around the killing of his best friend