Movie sequels are perhaps a dangerous game in the film industry. And the risk even increases when an audience waits for a movie sequel for around 10, then 20, and then 30 years. And when finally the sequel arrives, there remains no indication of what happened previously in the movie. While movies like Star Wars, Finding Dory, and Jurassic World managed to get its success in the box office despite a long wait by the audience, others delayed their sequels like nobody else.

These movies are not the worst sequels ever made. But, they disappointed their viewers and fans with the “very late” arrival on screen. They failed commercially and critically because the audience changed their opinions and minds in between all these years.

From the Zoolander 2 to Independence Day: Resurgence, these 5 movies came out too late to get resemblance amongst the viewers – 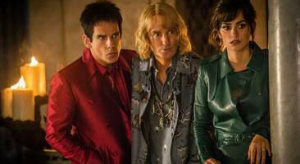 The first sequel of Zoolander came in 2001 and it took another 15 years for the makers to release the second. While the first part managed to receive mixed reviews, its sequel was an epic failure. Starred and directed by Ben Stiller, Zoolander 2 barely even managed to get its budget out of its box office performance. 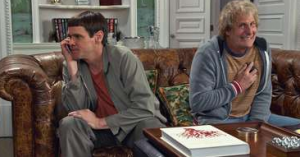 The first part of the sequel, Dumb and Dumber came in 1994 and that year belonged to the well-known actor, Jim Carrey. Audiences in 1994 loved Carrey’s theatrical brand of comedy and made his film turn into a huge box office success. But it took another 20 years for the markers to come up with Dumb and Dumberer: When Harry Met Lloyd. Released in 2014, it didn’t even include the original star cast from the previous film. As a result, the audience and fans of Jim Carrey ignored this film and it didn’t perform any well.

Starred and directed by Jack Nicholson, The Two Jakes was a sequel to 1974’s Chinatown. The first part of the movie received the Academy Award for Best Original Screenplay in 1994. But, it took another 16 years for the makers to come up with its sequel. Released in 1990, no one actually realized that The Two Jakes was a sequel to the evergreen Chinatown. As a result, the movie failed to accumulate any appreciation or collection at the box office. 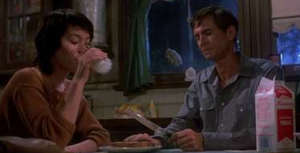 The first part of the sequel, Psycho, was released in 1960. It was directed by Richard Franklin and starred Anthony Perkins, Dennis Franz, and others. Soon after its release, the horror classic won hearts with its innovative screenplay and spectacular direction. But it took another 23 years for the makers to come up with Psycho II. Released in 1983, the movie gained mixed reviews from the critics and as a result, it failed to become successful like part one.

Directed by Roland Emmerich, Independence Day was the highest-grossing film of the year 1996. Started by Liam Hemsworth and Jeff Goldblum, it took another 20 years for the makers to come up with its sequel. As a result, Independence Day: Resurgence performed decent but not as much as its first part.