While science-fiction movies always introduces some mind-blowing concepts, films like Total Recall and Star Wars have actually predicted the future. 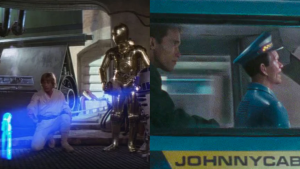 Sci-fi movies have always been one of the most fascinating genres for audiences. Their potential is limitless and often, makers predict things beyond their wildest imaginations. Some movies have even highlighted a glimpse into the future so accurate that it feels like someone from the present has walked into the past to make those films.

Looking and talking about the future is one of the most common things that sci-fi movies could  do to highlight what their ideas of the future look like. While many were way off the actual spot, these 5 sci-fi movies accurately predicted the future.

With that said, these are the 5 sci-fi movies that predicted the future accurately–

Total Recall was famous due to Arnold Schwarzenegger and his wild trip to Mars. While modern society is still working to colonize Mars, this 1990 release highlighted that it will be going to take place in around 2084.

Yet, there is another aspect that makes the movie memorable. There is a scene in the movie where Arnold Schwarzenegger uses a ‘self-driving taxi’ during a car chase. While modern self-driving cars are yet to get their mainstream hype, it is highly expected that they’ll be called normal by the next decade. 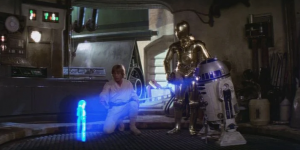 There are a few fans who’d argue on Star Wars as a sci-fi film or a fantasy movie. While both the genres sound valid, there is something that Star Wars predicted about the future technology. This proves that the film has some amount of sci-fi in its blood.

Star Wars showed the concept of the hologram with their lightsabers. It looks like they are soon going to be a real-world thing. The holographic message that R2-D2 plays paved the way for celebrities appearing for their concerts.

Fahrenheit is a 1966 release that is based on a novel, Fahrenheit 451, by Ray Bradbury. It tells a story about a society where literature has been outlawed and to complete the procedure, enforcement agents (firemen) burn all the books.

While the literature is pretty much to be appreciated in the film, it also managed to predict a thing that is now very common in everyday life. Fahrenheit referred to it as “thimble radios”, but those were similar to modern Bluetooth headsets and earbuds.

Like many other sci-fi films, Logan’s Run also highlights a glimpse into the future before darkness reveals itself to the world. The society showed in the film lives in a utopia where life is made as simple as possible.

One of the most prominent aspects of the film is the house that responds to the owner’s commands. It takes command regarding turning on and off the lights, music, and ordering food as well. Isn’t it similar to what we are having today? It is perhaps called the ‘smart-home’ technology. 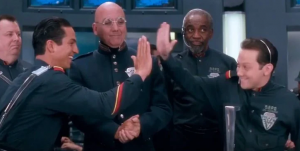 The 1993 release Demolition Man stars Sylvester Stallone as a cop who walks in the year 2032 to hunt down a madman. This sci-fi film managed to gain an intriguing interest, especially during the COVID-19 pandemic as it has many similarities in between. The year 2032 shown in the film depicted a life that is surrounded by the lockdown. It included everything, from people avoiding to shake hands to people staying mostly at home, just like what happened during the global pandemic.