Many franchises adapt stories from the comic world. However, these are some of the stories that are deemed to be ruined by the Marvel Cinematic Universe. 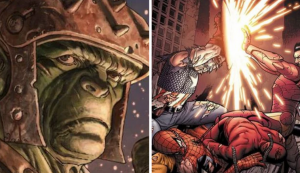 The Marvel Cinematic Universe dethrones Harry Potter and Star Wars franchise for supremacy in pop culture. Over the last couple of years, MCU has so far created around 23 films and 2 series, catalyzing a massive juggernaut in the movie industry. It has been always thrilling and entertaining for fans that helped the franchise break all the Box Office records. Everyone loves the MCU, for obvious reasons.

The Marvel films have always been comic accurate. But apart from having different dress-ups and costumes, there are plenty of other differences as well. In contrast to what an ideal MCU fan thinks, the franchise does make mistakes. As the makers adapt classic stories from the comic world, it often ruins the plot in different ways.

With that said, here are 5 stories that are ruined by the Marvel Cinematic Universe –

Avengers: Infinity War is perhaps the most beloved movie of all time. It was an adaptation of Jim Starlin’s Infinity Gauntlet. While the film has been quite a treat for its fans, the adaption is terrible. In the comic storyline, Thanos was motivated by his love to kill half of the universe. But in the movie, MCU showed that Thanos wanted to kill the half to save the other half. It ruined what was actually profound. 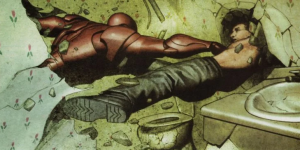 While Iron Man 3 is not ranked amongst the top MCU films, it was surely a hit. It did reflect Stark’s PTSD from the events that happened in The Avengers. It was perhaps an adaption of Warren Allis’s Extremis. The MCU should have re-imagined the superhero as a futurist instead of making him look like a weapon-designing industrialist. Extremis was the best Iron Man story but the movie used it as source material.

The Incredible Hulk was a fair production of the Marvel Studios that troubled the production. The MCU fans also encountered Edward Norton getting replaced by Mark Ruffalo in the movie as the Hulk. It was an adaptation of Stan Lee’s Tales To Astonish. The comic’s origin was much better than the movie’s origin where he acted the role of a soldier trying to stop Banner from becoming a monster.

Avengers: Age of Ultron was a comic adaptation of Kurt Busiek’s Ultron Unlimited. This MCU movie is perhaps the least beloved movie of the franchise. This is because Ultron, in the comic world, is one of the most furious Avengers villains but the movie showed him as a terrifying android. It deserved a much better adaptation.