Do you have a favorite line from a film or television show? As the amusing tales below demonstrate, the celebrity who utters the statement is fully aware of its influence on individuals. The following is a compilation of amusing first-hand tales from performers about the signature lines fans continually bombard them with in public, recapped from previous interviews. In certain situations, the performers’ most-quoted phrases screamed at them in public may surprise you, as they might come from cameo appearances just as readily as well-known ones. Some people appear to despise the dialogue (or, in one case, the props linked with it), but the great majority of the celebrities listed below are appreciative of the acknowledgment and capable of finding amusement in the discussions. So we at Animated Times decided to show fans a list of celebrities who have had their catchphrases yelled at them for years. Sounds interesting? If yes, then let’s hop into the list to find-out more who these celebs are.

7. Don Mattingly Still Has Fans Yell At Him To ‘Shave Those Sideburns’ Decades After His Appearance In A 1992 ‘Simpsons’ Episode: 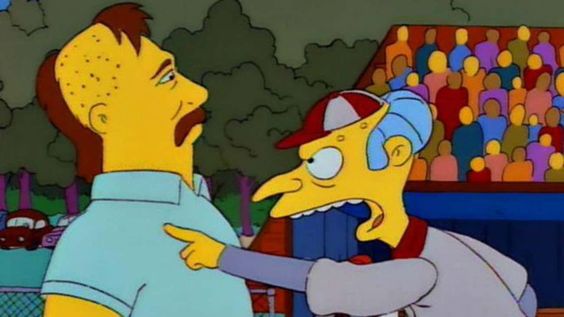 In the famous Simpsons episode “Homer At The Bat,” Mr. Burns hires former Yankee great Don Mattingly as a ringer, along with numerous other MLB stars, to defeat the rival Shelbyville nuclear power plant’s softball team. Mattingly admitted in a retrospective interview with Sportsnet.ca, “That event certainly earned me more publicity than anything else.” Mattingly, shave those sideburns! ‘People still shout this day. ” Mr. Burns, the order team boss who controls everything with an iron grip, shouts at Mattingly. Mattingly was a nine-time Golden Glove Award winner, a six-time All-Star with the Yankees, and the 1985 American League MVP, and his number 23 was retired by the team.

6. Following the release of the “More Cowbell!” SNL sketch, Christopher Walken had people ringing cowbells at him during his Broadway performances: 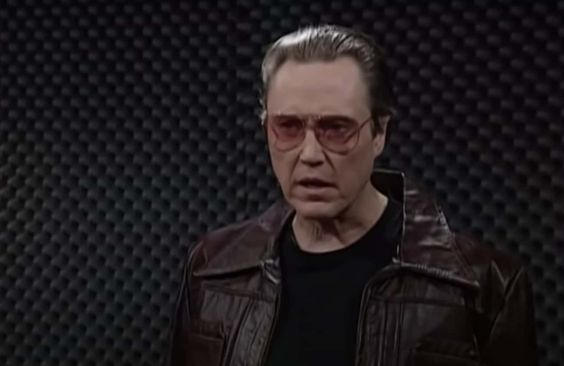 Christopher Walken, nominally best known for dramatic roles in films such as The Deer Hunter (1978) and King of New York (1990), had his biggest pop culture moment when he played “legendary” faux record producer Bruce Dickinson (apparently unrelated to the Iron Maiden singer of the same name), attempting to get the most out of Blue Oyster Cult as they recorded “Don’t Fear The Reaper.” Walken admitted to comedy co-star Will Ferrell that the little film had become an unwelcome calling card for fans. “Here’s the strange thing,” Ferrell told fellow sketch co-star Jimmy Fallon on The Tonight Show about the repercussions of the joke: “Years later, I go to see Christopher Walken in a play, I say hello to him backstage, and he’s like, ‘You know, you’ve destroyed my life.'” During the curtain call, many bring cowbells and ring them. I went to an Italian restaurant for lunch the other day, and the server asked whether I needed additional bells with my spaghetti bolognese. ”

5. Alyson Hannigan Panics When People Start Quoting Her ‘One Time, At Band Camp’ Lines From ‘American Pie’ In Front Of Her Family: 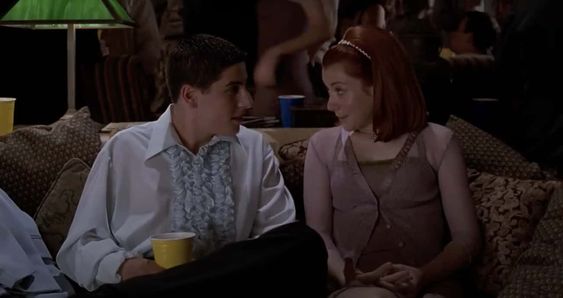 In the original 1999 adolescent comedy, the American Pie series lead had an iconically ribald line, informing pie-loving Jason Biggs just what she loved to do with her recorder during band camp. And fans remember, even if Hannigan is humiliated that they could remind her verbatim in public. “I now have two kids, and when someone begins reciting the line in front of them, I’m like, ‘Can we just stop there?’ I am quite anxious.” Hannigan revealed this in a recent chat on The Kelly Clarkson Show. “I was like, ‘Sure, yeah, I know what you’re talking about,'” Hannigan said. “I don’t want to talk to them about it yet!” Fortunately, [fans] do not continue the phrase, but I am scared that they will.”

4. Anthony Hopkins And Jodie Foster Never Get Tired Of Being Asked If They’d Like A ‘Nice Chianti’ Or Other ‘Silence of the Lambs’ Quotes: 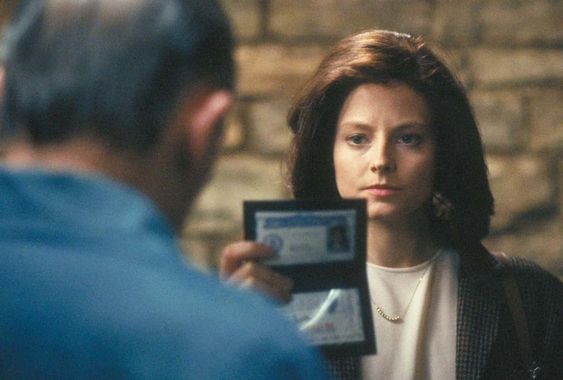 In a recent look back with Vanity Fair, the Academy Award-winning stars of the Academy Award-winning psychological thriller The Silence of the Lambs (1991), said in a recent look back with Vanity Fair that they are regularly treated to passages from their gruesome hallmark crime picture. Fans of Hopkins, who played Dr. Hannibal “The Cannibal” Lecter in three films, are usually reminded of one of his creepiest line readings, in which he describes the beverage that matched well with a troublesome census taker in an early chat with young FBI trainee Clarice Starling (Foster). Of course, the phrase concludes with Lecter vigorously slurping. Strangers still ask Hopkins to “do the slurping sound,” according to Hopkins.

3. Wayne Knight Gets Greeted With A ‘Hello… Newman’ Basically Everywhere He Goes: 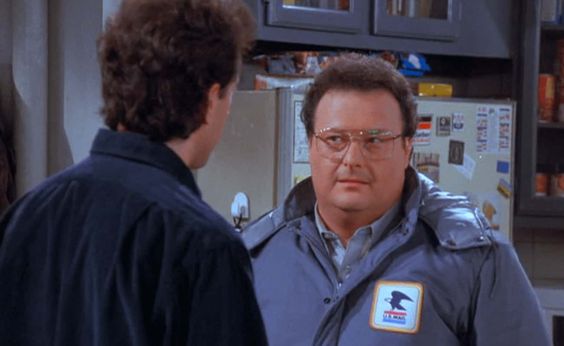 Seinfeld’s famous recurring character, Newman (Wayne Knight), was a disgruntled USPS employee who, despite his relationship with Cosmo Kramer (Michael Richards), was a shady foe of Jerry Seinfeld. This relationship could be seen in their awkward introductions, where a timid “Hello, Jerry” was met with an equally dubious “Hello, Newman.” “On Easter Sunday, I was in Las Vegas for my aunt’s burial.” “A series of incidents that were not nice,” Knight says in a series DVD special titled “Hey, Aren’t You…,” as recapped by the AV Club. “I had no reservations for wherever to eat; every establishment is already booked.” I’m attempting to enter inside the house with my wife. People passing by exclaim, ‘Hello, Newman!’… I eventually grabbed someone and yelled, ‘Then give me your table if you love me so damn much!”

2. Aaron Paul Always Has People Begging Him To Call Them Or Their Loved Ones ‘B**ch’ After ‘Breaking Bad’: 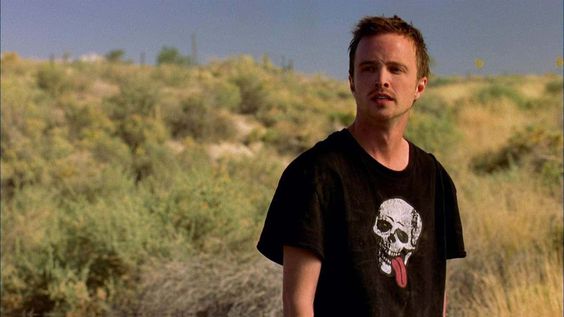 Breaking Bad (2007–2013) frequently functioned as both the resentful, conflicted moral core of the criminal thriller Breaking Bad (2007–2013) and a source of comedy, owing to his iconic twists on the words “yo” and “b**ch.” The latter was the most porous, seeming to punctuate a wide range of notorious phrases (the greatest of which, in this writer’s view, was an ecstatic “Science, b**ch!”). “So many people approach me and say, ‘Please just call me a b**ch,'” she says. “It’s my wife’s birthday,” they’ll tweet, or “It’s our anniversary, could you please call my wife a b**ch?”In an interview with Vulture, Paul said “I’m going to send all these direct messages to random individuals with the term “b**ch.” People love it. “It’s hilarious,” he continued. “The most classic one happened a few months ago [the interview was conducted in 2013] while I was strolling in London. I had just bought a Gatorade at a little store when this guy yelled, “Gatorade me, b**ch!” I turned around and tossed the Gatorade at him. “Yeah!” I said, tossing it to him, and walking away. It was fantastic.

1. Sebastian Stan Said Strangers Come Up To Him And Try To ‘Activate’ The Winter Soldier: 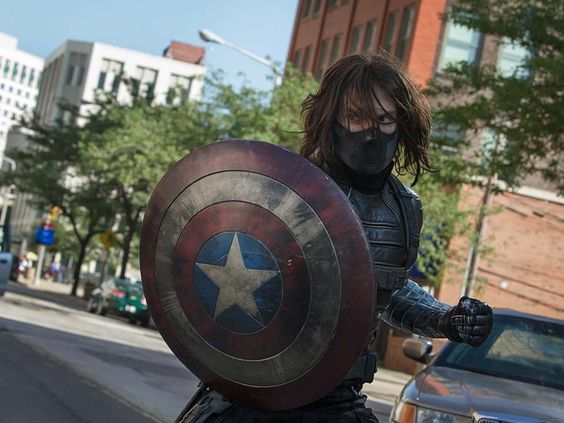 When Marvel Cinematic Universe fans encounter Sebastian Stan, the man behind WWII soldier turned reanimated hitman Bucky Barnes, they invariably want to “activate” him. “It occurs in coffee shops,” Stan said in a televised interview with BBC One. It occurs all the time. It’s always hilarious. When people say that, you have to look them in the eyes and declare, “No, I will not become the Winter Soldier.” You may keep repeating that, and maybe you should, because that’s a moment we both need right now, here. But nothing out of the ordinary will occur.”

So there you have it: these seven celebs have had their catchphrases yelled at them for years. What can I say, man? These celebs really were a pain in the ass for the producers of the shows in terms of their catchphrases being yelled at them. So what do you think about these actors? Do let us know in the comments down below. Until then, we’ll see you lads in the next article, and don’t forget to keep on reading Animated Times, your one-stop destination for learning more about the entertainment industry, new movies and TV series, celebrity gossip, and so much more. We’ve got your back on all fronts. Continue reading Animated Times for more.

Rumor Has It! Batgirl's Film Will Set Up Black Canary's Solo Film 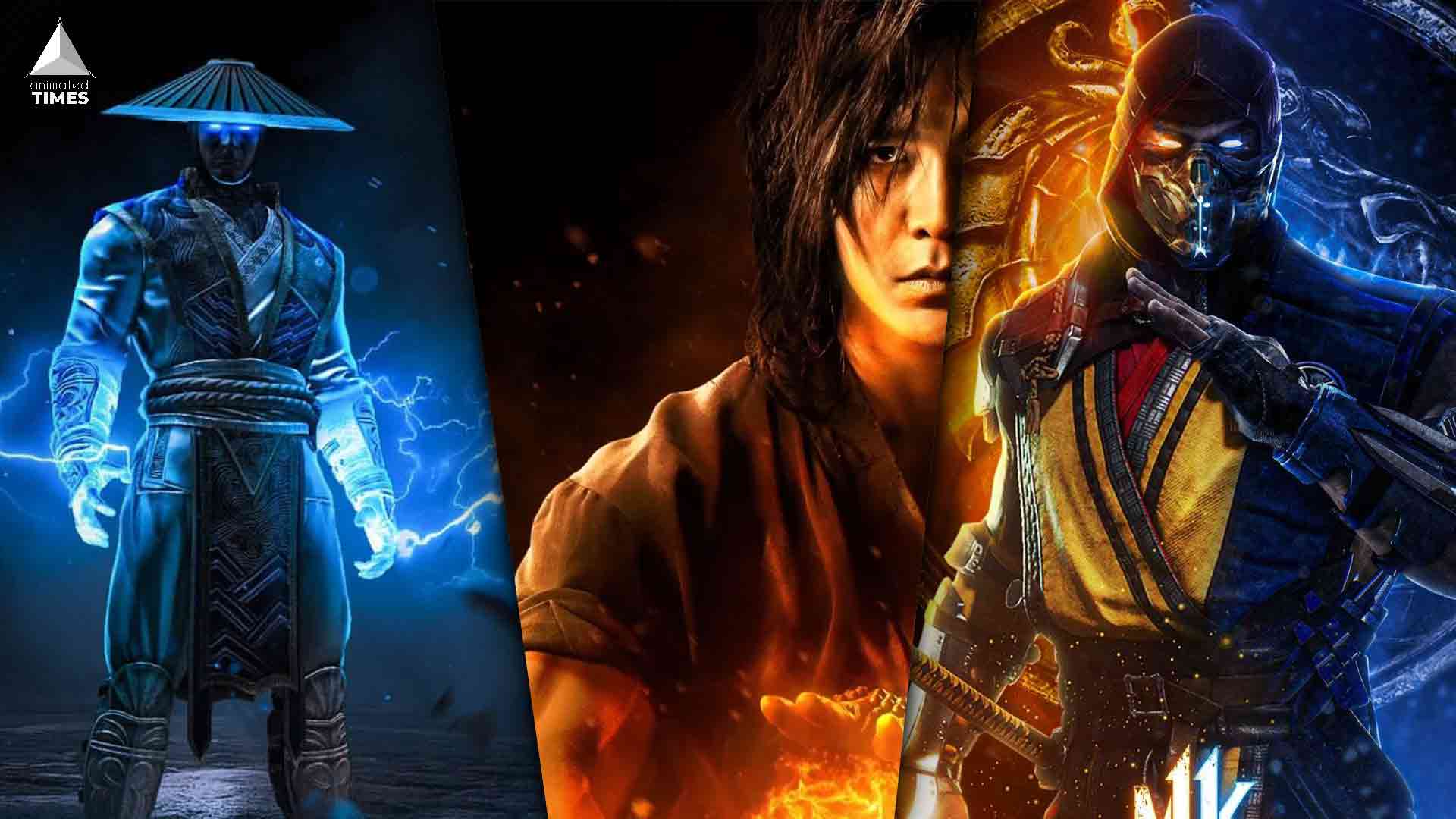 Read More
“Test Your Might!” – The MK Mythos( Mortal Kombat) Superpowers were a significant point of convergence of Mortal… 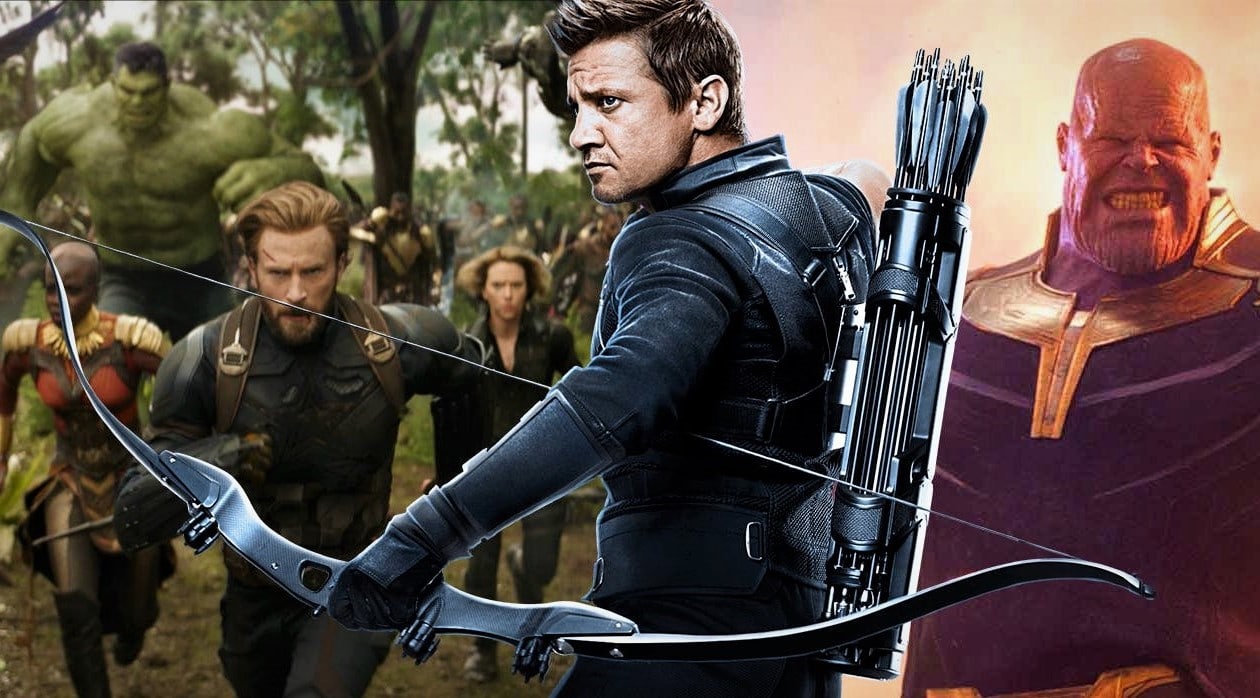 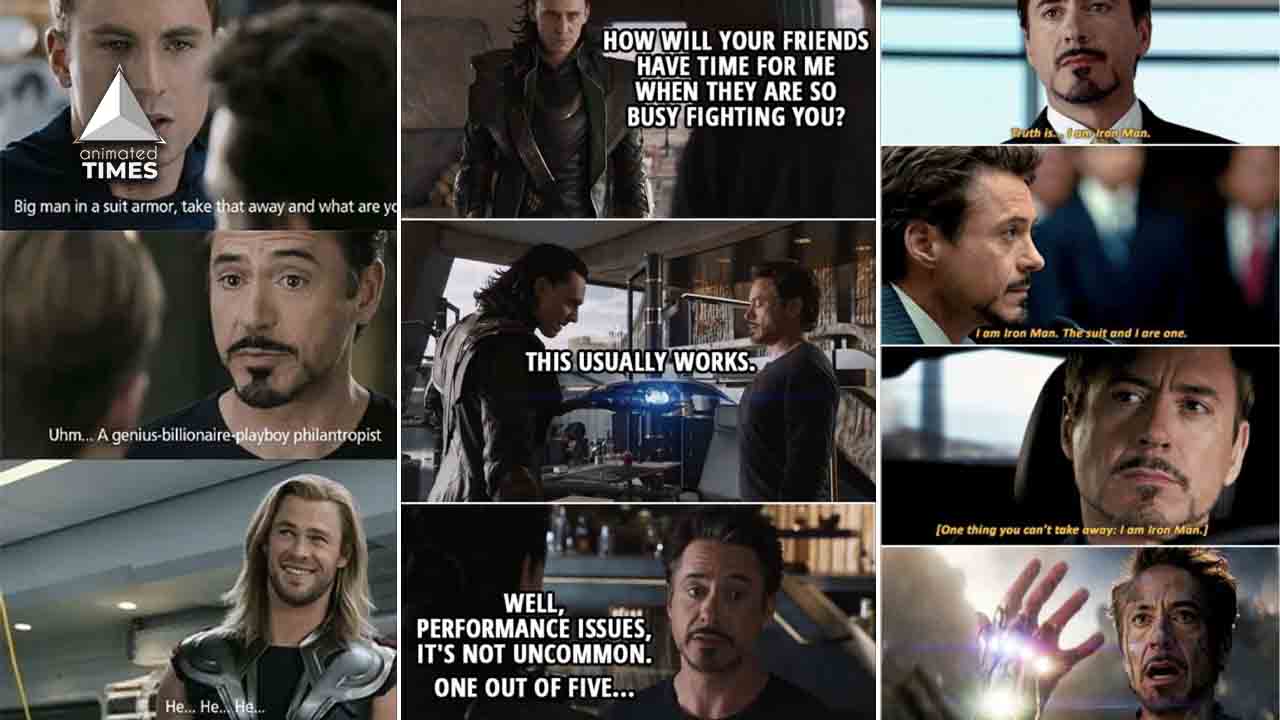 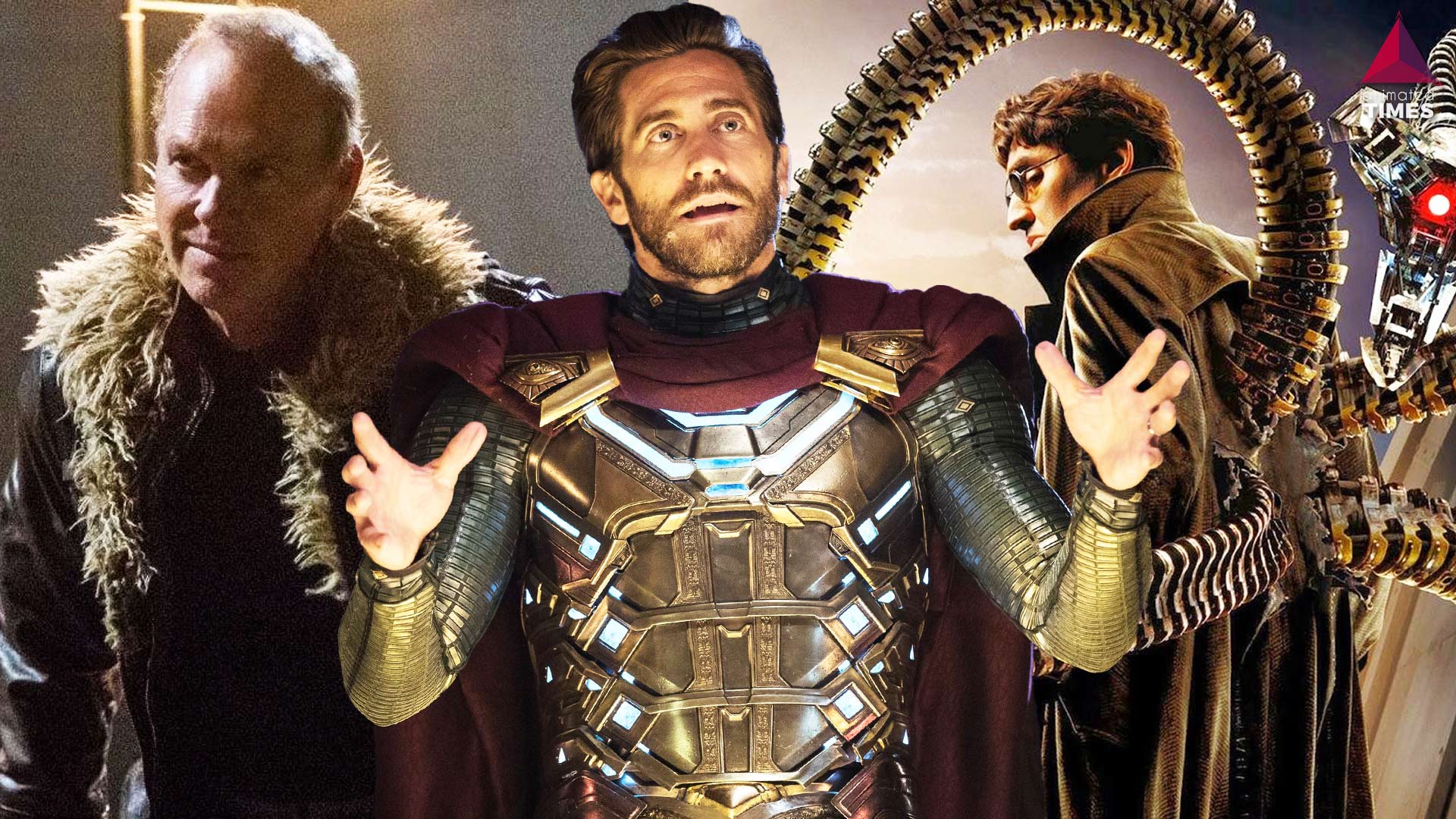 Read More
From the super rich to the uber-poor, Spider-Man has fought a range of villains on the big screens.…