While actors get an opportunity to prove their acting skills on screen, it is difficult for voice actors to kill it in live-action films. 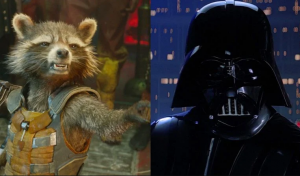 There are plenty of things that makes an actor complete and his/her performance turn power-packed on screen. Often, people overlook the capacity a voice holds but opportunities like animated movies provided a gateway for the voice actors to prove their significance in the industry. But wait, what about the voice-over actors who give their voice in a live-action film?

With that said, these are the 10 best voice-only actors who managed to deliver a spectacular performance in live-action films –

While Robert Downey Jr. has mostly received the credits for playing the first superhero in the Marvel Cinematic Universe, Iron Man also introduced another hero; JARVIS. It was an AI (Artificial Intelligence) program that ran much of Tony’s life. It was Paul Bettany who gave his voice as JARVIS in the film that enhanced the overall personality of the AI system. That is perhaps why the transformation of JARVIS to Vision felt natural.

It was George Miller who was behind the Babe and Mad Max franchise. Babe was a talking pig movie that was equally charming, funny, and crowd-pleasing with its titular character. However, it was Christine Cavanaugh who was behind Babe’s voice. She infused the role so well that audiences immediately fell in love with the character.

It was the very first film of the Transformers franchise that the audience still points to as a fun summer blockbuster. It won hearts only because of Peter Cullen’s voice role as Optimus Prime. Bringing Cullen back into the scene was a brilliant move as he knows how to bring perfection out of anything. His voice brought a heroic leadership quality to the role that allowed audiences to get instantly connected with the massive CGI creation.

Bradley Cooper – Guardians Of The Galaxy

It is very intriguing to realize that one of the most interesting Marvel Cinematic Universe characters is yet to get its screen appearance. Rocket is one of those emotional and incredible arcs that led audiences to enjoy and connect with both Guardians of the Galaxy films. Rocket also played a crucial role in Avengers: Endgame and Avengers: Infinity War. But it was Bradley Cooper who brought the character to life. He is the voice actor behind the talking raccoon, which made the character sound hilarious and tragic.

Darth Vader is perhaps the most iconic character in the villain industry. Probably because of his voice which is given by James Earl Jones. However, it was David Prowse who played Vader in the film. But the makers believed that his voice might not suit the character and thus, to play the commanding voice, Jones was cast. As a result, James Earl Jones made the character turn larger-than-life.

Little Shop of Horrors was a fun gem and a delightful experience. It was based on a shopkeeper who comes across an alien plant that grows rapidly. Things get terrific when the shopkeeper discovers that the plant could talk and eat like humans. It was Levi Stubbs behind the voice of the terrific plants. His iconic statement “Feed me Seymour” was hilarious, sympathetic, and scary as well.

James Gandolfini – Where The Wild Things Are

Where the Wild Things Are is a children’s book adaptation that was based on a weighty drama. The plot and storyline follow a boy who runs away from home and discovers an island where a strange creature makes him the king. The creature designs were intriguing that had Carol as the main character. It was James Gandolfini who voice-acted and made the creature-film turn amazing. 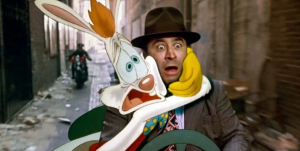 Who Framed Roger Rabbit was a very good film. And as much as Bob Hoskin’s role made it turn into a success, it was Roger Rabbit who was equally responsible. But it was Charles Fleischer who brought Roger Rabbit to life. Fleischer’s wild cartoon energy could have shown up more prominently if played against humans. But he didn’t step back and made Roger sound more than just a silly cartoon.

Her is Spike Jonze’s second movie on the list, which is based on a futuristic romantic story. The main character of the film, played by Joaquin Phoenix, is a man who falls in love with an OS (Operating System) that is created to meet his needs and commands. It was Scarlett Johansson who was behind the AI’s voice. Her charming voice was everything that the AI could have demand. It was perhaps one of the most promising roles that Johansson has ever performed.

It is very difficult to give a spectacular performance with just a voice. But it becomes even challenging when the script demands a voice without emotion. That’s what Douglas Rain faced while voice-acting as HAL 9000 in 2001: A Space Odyssey. But surprisingly, Rain performed so well that audiences loved the emotionless character on screen.