A recent report criticized Prince Harry and Meghan Markle’s lack of involvement in work. Even “spoiled brats” is the label given to them by Paul Murray, the host of Sky News. He said they need to make an effort to support charities.

As part of his tirade, he said that Harry and Meghan Markle are receiving praise without doing anything despite receiving much attention. These days, Harry and Markle are in the spotlight with such comments from the Royal Family and media. But, as they got the award of the Robert F. Kennedy Ripple of Hope Award, people are unhappy with this. 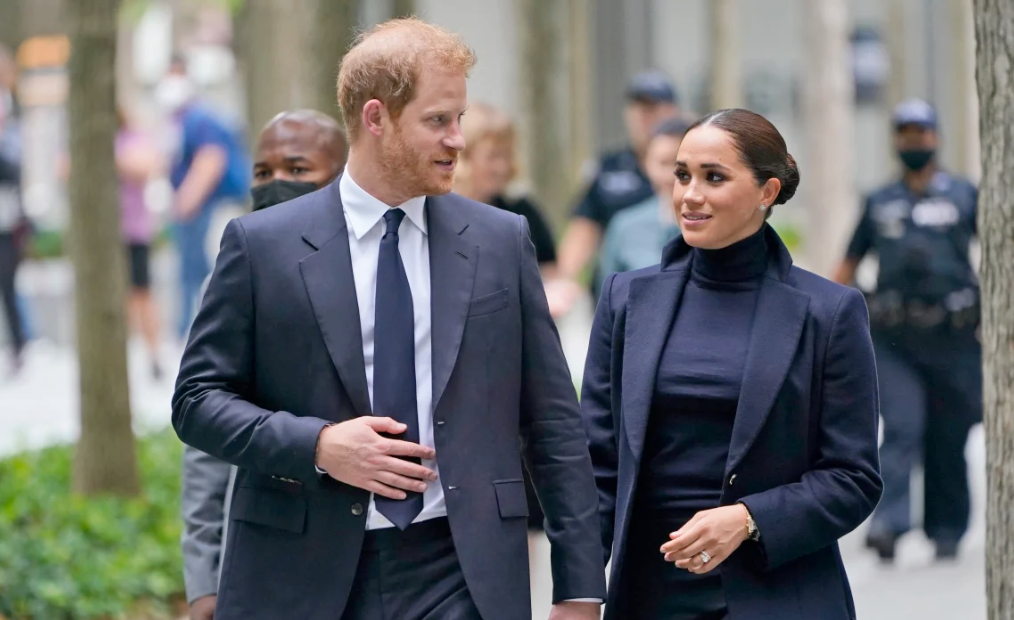 Prince Harry and Meghan Markle are labeled as “Spoiled Brats.”

Expressing his views, Paul Murray added that “They are going to get an award for fighting against structural racism. They have not changed a single thing about the royal family.” “These two spoiled brats get another thing for their mantelpiece to say how good they are for doing nothing and making millions.”

There was, however, a similar statement made by professor David Nasaw when the allegation of Paul Murray came forward. Nominated for a Pulitzer Prize and a great author, David Nasaw has written several books. But, as per GeoTV, David Nasaw said, “If you look at the people who have been awarded the Robert Kennedy prize in the past – Bill and Hillary Clinton, Nancy Pelosi, Bishop Desmond Tutu – and then you have to ask what are Harry and Meghan doing here?”

A few days back, the Royal House warned Prince Harry and Markle. Royals said that the couple could face a severe issue if their political issues kept increasing as it is against the rules of the British Royal. However, the couple is still revealing a lot more about their views which they put on political stuff.

Also Read: ‘There were some bad moments between them’: Meghan Markle, Prince Harry Reportedly Unhappy With the Tone of Their Netflix Series, Got Director Garrett Bradley Fired

Tom Bower says Prince Harry should no longer be titled a Prince. He gave a strong statement saying these two are destroying the royal family. Still, after this, he said he wouldn’t mind if he kept his title. In the Good Morning Britain program, Bower personally attacked Markle with his words that she didn’t have any respect left for the royals.

Also Read: “They couldn’t have structural racism within the institution”: Meghan Markle and Prince Harry Risked Their Family and Royal Life, Branded as “Hero” For Their Bold Move

Bower noted that to degrade Harry and Markle is taking their Prince and Princess titles back. He said it is the only solution to lowering their importance. Bower added that Meghan had read his books while Harry didn’t.

Also Read: “When was the last non-multi-billionaire president?”: Meghan Markle Warned About Her Aspirations to Run For President, Royal Author Says She Needs More Money and Reputation