An upcoming docuseries about Meghan Markle and Prince Harry’s marriage is about to be released on Netflix soon. But with the news of its release, some criticisms have been looming around it. Recently Royal Commentator Kinsey Schofield claimed that the Duke and the Duchess of Sussex had sold their soul to Netflix while discussing the soon-to-be-released docuseries.

According to Schofield, the couple was now indebted to the streaming giant. And compared to The Crown, Meghan Markle and Prince Harry’s docuseries was not on par. This claim came after Meghan Markle’s Variety interview where she discussed work life and the upcoming docuseries.

Back in 2020, the Duke and the Duchess of Sussex signed a multi-year deal with Netflix. And after Netflix’s The Crown, new content related to the royal family is coming up on the platform. This time it is a docuseries on Meghan Markle and Prince Harry’s first year of marriage up to the birth of their first child Archie. The docuseries is directed by Oscar-nominated director Liz Garbus and it will feature mostly the homelife of the couple.

In an interview with Variety, Markle shared that the director was free to show their story in her way. Markle admitted being a fan of Garbus’ work and therefore trusted her with their series. Markle said,

“But that’s not why we’re telling it. We’re trusting our story to someone else, and that means it will go through their lens.”

Also Read: ‘Wait she was an actor??’: Internet Mega Trolls Meghan Markle After Duchess of Sussex Revealed Hollywood Was Abusive To Her

In a different interview with The Cut, Markle shared that she had very little idea as to what content was going to be included in the series. When asked if her love story with Prince Harry would also be covered, the mother of Archie and Lilibet responded,

“What’s so funny is I’m not trying to be cagey,” she said at the time. “I don’t read any press. So I don’t know what’s confirmed. I will tell you Liz Garbus is incredible.”

As for now, the release date has not been confirmed. But the series is set to be released on Netflix by the end of the year.

Compared with The Crown where Princess Diana’s death was considered vulgar, Schofield said that the docuseries would also bring in some issues in the same way. But according to her, The duke and the duchess of Sussex had already cashed in a huge amount from Netflix. She went on to say that the couple had “sold their souls to Netflix”. 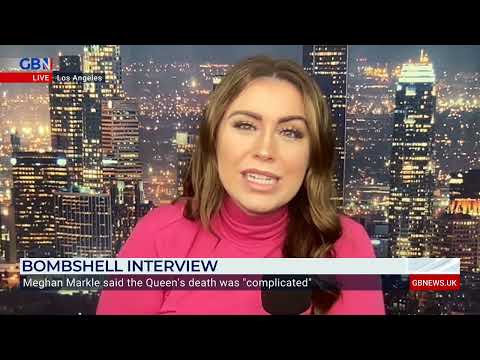 Further on Schofield suggested that Netflix would always choose The Crown Series over the docuseries. And therefore Markle and Prince Harry would be still not on par with the late Princess Diana’s series.

Also Read: “When you’re a performer, you take the dig”: Whoopi Goldberg Seems Unfazed With Meghan Markle Criticizing ‘Deal Or No Deal’ For Objectifying Her, Claims Royal Princess Is Not Exclusive