The Harry Potter universe has grown much beyond what was depicted in the novels. Voldemort isn’t the only wicked person in the Wizarding World, which has a long history of malevolent witches and wizards. In reality, far-reaching locations, such as Azkaban and America’s Ilvermorny School, have links to people who performed evil magic, and there are many things that fans are unaware of. There are also other points of interest concerning established villains that provide another layer of importance to them. Voldemort is only the tip of the iceberg when it comes to evil in the Wizarding World. Sounds Magical! If yes, then let’s hop into the list with us in order to see who these other Evil Wizards are apart from Lord Voldemort.

15. Barty Crouch Jr. Was Among The Most Accomplished Students In Hogwarts History: 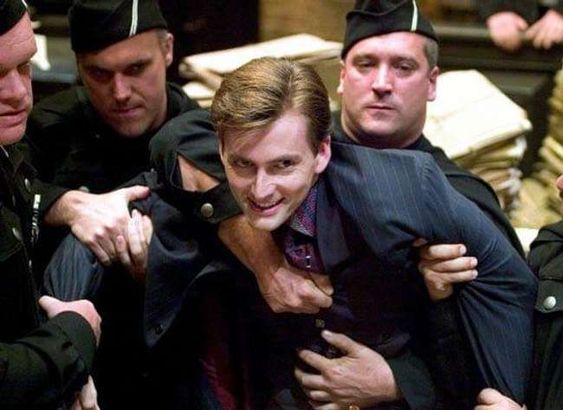 In order to get his father’s attention, Barty Crouch Jr. became a very accomplished student at Hogwarts, earning as many as 12 O.W.L pass grades with “Outstanding” ratings on every test. Hermione Granger, on the other hand, only finished 11 O.W.L. papers and got an “Exceeds Expectations” grade in one of them, putting Crouch far ahead of her. Crouch also got the highest N.E.W.T. marks, placing him among the most successful students at Hogwarts ever. Of course, none of this mattered to Crouch, who still failed to gain his father’s approval, motivating him to join Voldemort after seeing the Dark Lord as a replacement father figure, and his legacy is to be the Death Eater who brought Voldemort back to begin the Second Wizarding War.

14. Azkaban Was Originally The Lair Of A Dark Wizard: 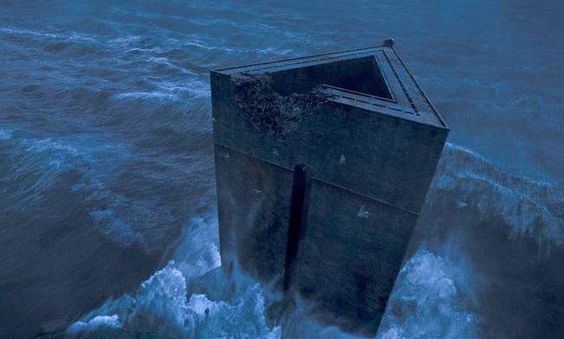 Ekrizdis was an evil wizard who discovered a lonely North Sea island. His major bias was towards Muggles, therefore he utilised this island as his hidden hideaway, luring unsuspecting Muggle sailors and torturing them to death. Ekrizdis’ enchantments on this stronghold were so powerful that even wizards couldn’t penetrate it. By the time Ekrizdis died, he had tortured so many Muggles that Dementors were drawn to the spot. When Ministry authorities finally saw the stronghold once the concealment spells were lifted following Ekrizdis’ death, hundreds of dementors refused to leave. After two centuries, this lair became Azkaban prison, with the atrocities committed by Ekrizdis running so deep within its walls that Dementors remained linked to Azkaban.

13. Gellert Grindelwald Was Born A Seer: 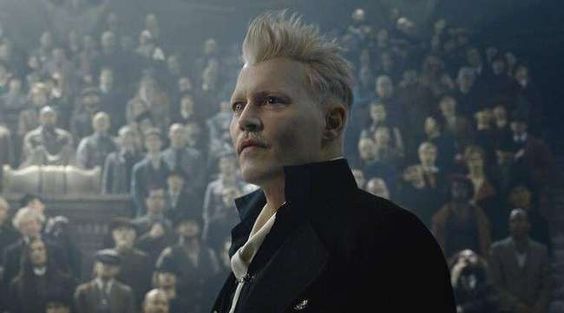 The main villain in Fantastic Beasts: The Crimes of Grindelwald claims to have glimpsed the future, and his pursuit of Credence Barebone stems from his assumption that the youngster will bring this vision to fruition. According to JK Rowling, Grindelwald was lying about his machinations, yet he was a Seer. This indicates he was born with the Inner Eye and has true foresight into the future.

12. Raczidian Lived In A Colony Of Dementors:

Raczidian, the evil wizard, is well-known in the Wizarding World for attempting to invade a town in order to capture a girl called Eliana to become his wife. Raczidian dispatched Dementors to lay siege to the community after her parents refused to hand her over. Raczidian had these evil creatures under his authority since he resided in a castle surrounded by Dementors, rendering him immune to the monsters while also letting him control them.

11. Raczidian’s Failed Patronus Revealed That Dark Wizards Are Incapable Of Casting The Charm: 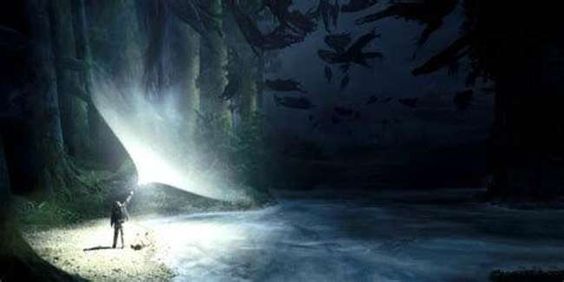 It is well known that Death Eaters can not summon Patronuses, although the reason for this is not well understood. Raczidian is the conduit via which the consequences of evil wizards employing Patronuses may be learnt, as he made the mistake of attempting to cast the spell. Raczidian sought to use the charm against Illyus after Eliana was shielded by the Dementors via the mouse Patronous of a wizard named Illyus. Because the Patronus can not be cast by an evil wizard, the instant Raczidian spoke the spell, his wand sprouted maggots that proceeded to eat him.

10. Antonin Dolohov Created A Non-Verbal Dark Spell Only He Knew: 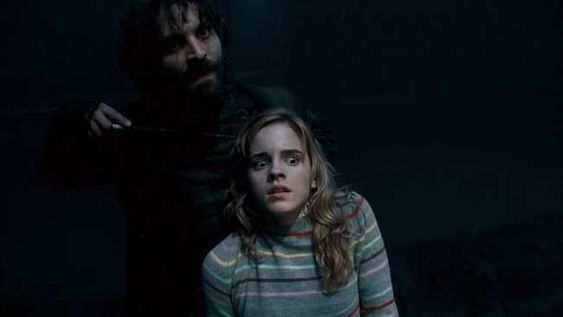 Antonin Dolohov was a particularly powerful black arts wizard, as his wicked nature enabled him to invent his own spells. He was so skilled at it that Dolohov devised a curse that only he could cast. As a result, the name of the curse is unknown, as Dolohov cast it nonverbally with a cutting motion. It was this spell that Hermione Granger was caught with at the Department of Mysteries, as evidenced by the zigzag pattern of the spell’s purple light, which caused Hermione significant internal damage and required weeks to cure her because no medicine could mend it.

9. Herpo The Foul Created The First Basilisk And Horcrux: 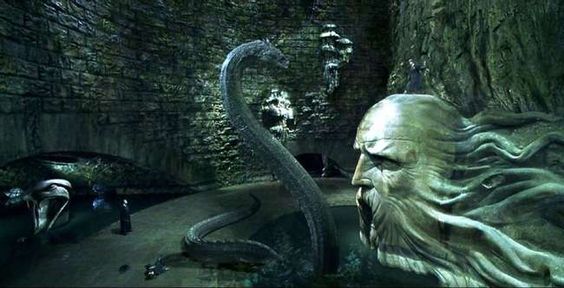 Herpo the Foul is the original dark wizard of the centuries, whose evil actions were so powerful that they were felt millennia after he died in the main timeline of the Harry Potter series. This wizard is the one who discovered how to make a Basilisk, and being a Parselmouth, Herpo also discovered that Basilisks are controlled by Parseltongue. He found a way to be even more terrible, since Herpo the Foul is the wizard who invented the process of soul splitting. Herpo committed murder and severed his soul from his body, which created the first Horcrux. Because producing a Horcrux was so cruel, Herpo remained the only wizard to do so until Lord Voldemort imitated him 900 years later. 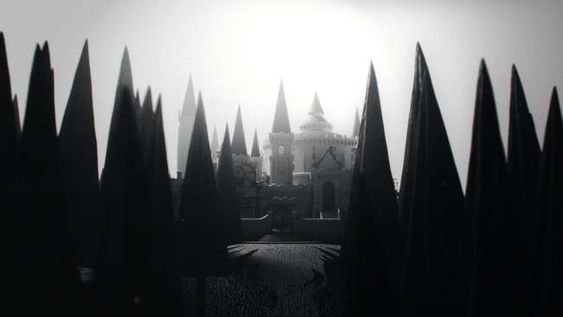 The Gaunt family has always been innately wicked and believed in pureblood supremacy, with members in the middle ages being just as prejudiced as previous and subsequent generations. Gormlaith Gaunt was a wicked witch who murdered her own sister and brother-in-law for being tolerant of Muggles before capturing and isolating her niece, Isolt Sayre. Isolt, as an adult, fled to America and finally discovered the Ilvermorny School, co-founded by her Muggle husband. When Gormlaith learned of this, she travelled to America to bring Isolt and her new family, including her two children. Gormlaith was on the verge of destroying the entire school until the family banded together to defeat her, putting an end to this deadly and evil witch. 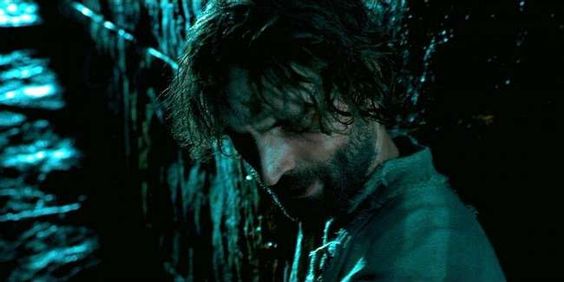 Antonin Dolohov, being one of the Death Eaters’ top generals and a supporter of Voldemort’s cause, was assigned the duty of killing Muggles. Torturing Muggles was Dolohov’s specialty, according to Igor Karkaroff, and Voldemort dispatched him to torment non-magical people. Not only did Dolohov thrive in this area, but he also had a sadistic tendency towards Muggles in general, since Dolohov loved the pain he meted out to his victims. 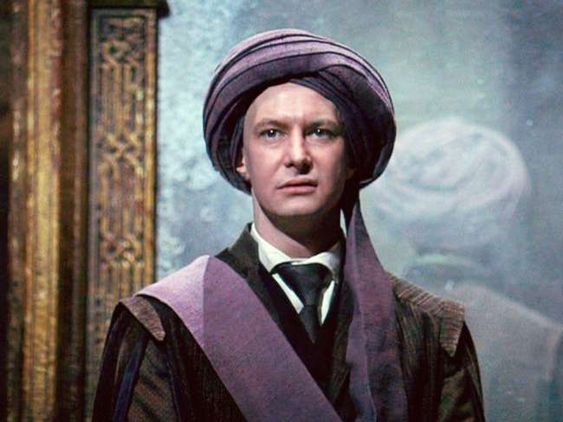 Quirinius Quirrell was the Muggle Studies professor at Hogwarts before becoming the Defense Against the Dark Arts teacher. Quirrell was mocked for his timid demeanour, so he took a year off in the hopes of locating Lord Voldemort, seeking locations where the Dark Lord was supposed to be hiding. The reality is that Quirrell desired power and status, which is why he sought out Voldemort and agreed to be his servant.

5. Igor Karkaroff Intended To Train Durmstrang Students To Be Evil: 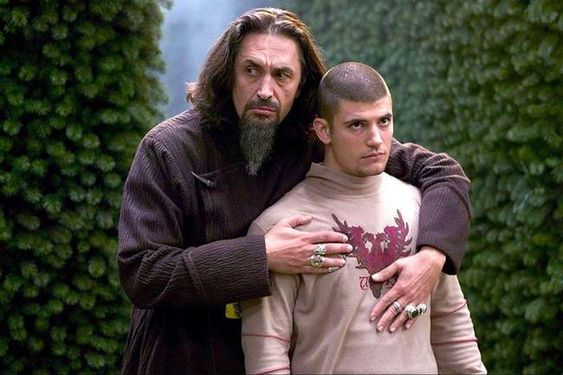 While Igor Karkaroff was a red herring in Harry Potter and the Goblet of Fire, since the narrative implied he was Voldemort’s servant but was actually a traitor to the Death Eaters, he was still a wicked wizard in general. Durmstrang Institute experienced record low attendance during Igor Karkaroff’s tenure as Headmaster, since pupils were not sent there owing to Karkaroff’s nefarious activities. As Karkaroff promoted a “culture of fear and intimidation,” many kids’ parents withdrew their children from school. Karkaroff’s aim was to teach pupils to become dark witches and wizards as he developed new dark arts practised at Durmstrang.

4. Corbin Yaxley Was Sent To Recruit Horace Slughorn Into The Death Eaters: 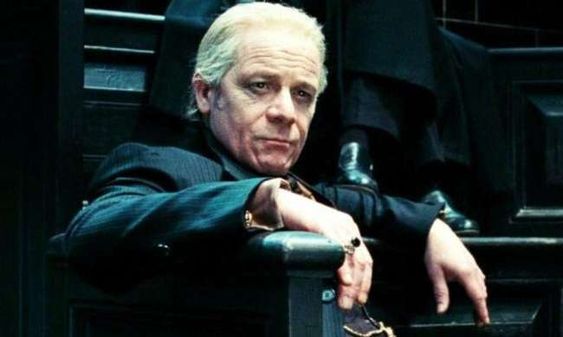 In Harry Potter and the Half-Blood Prince, Professor Horace Slughorn feared the Death Eaters were out to kill him. He fled because he believed Voldemort intended to silence Slughorn for alerting him about Horcruxes in his childhood. Voldemort’s true intention was to recruit Slughorn to the Death Eaters. For that purpose, Corban Yaxley, a Death Eater, was dispatched to find Slughorn and force him to join Voldemort’s cause. Yaxley also discovered the home where Slughorn was living, where Harry and Dumbledore discovered him, but were misled by Slughorn’s bodily transformation into a chair and didn’t realise the Potions teacher was hidden in plain sight.

3. Salazar Slytherin’s Wand Was Sentient And Could Be Deactivated: 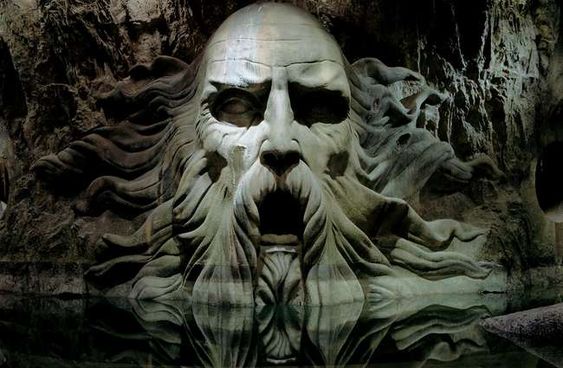 Salazar Slytherin was undoubtedly an evil wizard, as evidenced by his use of a Basilisk at his school to exterminate Muggle-Born youngsters. Slytherin used a partially sentient wand, since he directed it in such a way that the wand could be activated and deactivated with Parseltongue. This wand was passed down through generations, with Isolt Sayre stealing it from her aunt Gormlaith and fleeing with it. Following the defeat of the latter, Isolt buried the wand outside the grounds of Ilvermorny School, and the wand eventually grew into a new species of snakewood tree, which still stands at Ilvermorny to this day.

2. Almost Half Of The Sacred Twenty-Eight Families Contain Dark Wizards: 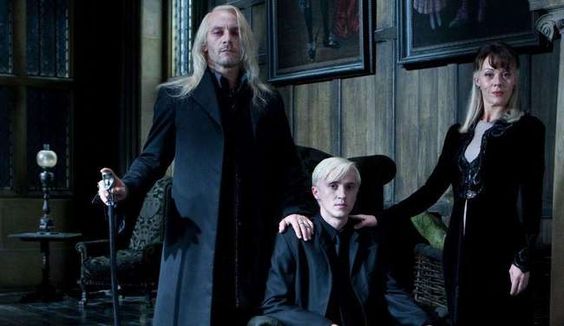 There were 28 families that were acknowledged to be totally pureblood in their genealogy, with their names even written down to identify them as the “Sacred Twenty-Eight,” since zealots regarded people from these families as being real magicians. However, virtually all of these families had famous evil wizards among them, which means their names will be eternally tarnished, with some names even dying out as a result. The Black, Carrow, Crouch, Gaunt, Lestrange, Malfoy, Nott, Rosier, Travers, Yaxley, and Selwyn families all have wicked wizards. The male members of the Black, Crouch, and Gaunt families have died as a result of their involvement with Lord Voldemort, but the male members of the Carrow and Lestrange families are older and imprisoned, implying that the name will fade out once they die.

1. Peter Pettigrew Is The Only Dark Wizard To Receive The Order Of Merlin (First Class): 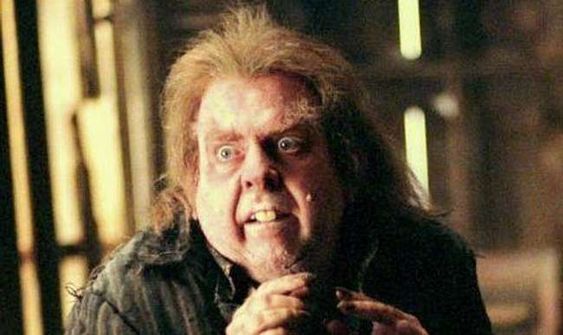 The Order of Merlin (First Class) is given to witches and wizards who have performed great acts of courage and distinction, and recipients have included Professor Dumbledore, Professor McGonagall, and Remus Lupin, among many others. However, Peter Pettigrew also possesses this honour, as the Ministry thought they were granting it posthumously to Pettigrew when they deemed Sirius Black to be Voldemort’s servant and Pettigrew for risking his life to prevent Sirius’ escape. In fact, Pettigrew was the traitor all along, but he still has the distinction of being the only evil wizard to be awarded the Order of Merlin (First Class).

So yeah, these are the 15 things that you didn’t know about evil wizards (apart from Voldemort). Well, I’m quite sure that if you have ever watched a Harry Potter movie or are a big Potter head, then these 15 things about evil wizards will amaze you. I myself am a big potter head. Despite that fact, there are several things on this list that I came across for the first time. What about you people? What do you guys think about this information? Do you like it? Please let us know your valuable thoughts in the comments section below. Till then, keep reading Animated Times, the perfect place to get a closer look at the entertainment industry, upcoming movies, TV series, celebrity gossip, and much more. We’ll have you covered. Keep reading animated times, guys, for more.