The hype of the third Deadpool film is currently at the top and Ryan Reynolds is all set to return as the titular hero. 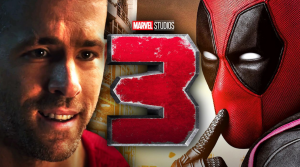 When Kevin Feige, head of Marvel Studios, was asked if they have a window for the third release or not, he replied “We Do. And the script is in the works and Ryan is working very hard on it with our writers as we speak.” Ryan previously echoed the probability of filming Deadpool 3 in 2022 as likely as 70%.

It was previously reported that Lizzie Molyneaux-Loeglin and Wendy Molyneaux are approached to do the scripting for the film. However, it was Paul Wernick and Rhett Reese who scripted the first two Deadpool films. Ryan Reynolds’ take on this is the only thing that survived the acquisition of the 20th Century Fox’s assets by Walt Disney. It is yet to discover how the makers will integrate this character into the Marvel Cinematic Universe. With Marvel’s recent projects like Loki, Spiderman: No Way Home, and Doctor Strange and the Multiverse of Madness, it seems like it is no big deal for the makers to introduce Deadpool in the MCU.

Reynold’s Deadpool is one of the most popular characters that came out of Fox’s X-Men movies. It is perhaps the highest-grossing film of the entire franchise. No doubt, Hugh Jackman’s Wolverine is another equally popular character. But the fans are now waiting to see that whether or not he could show up again after his retirement in 2017’s Logan. 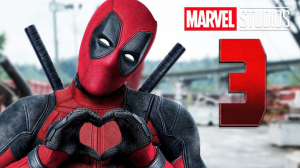 This is what Ryan Reynolds revealed about Deadpool 3’s script:

“It’s something that is just a daily process. Writing is kind of like that, you’ve gotta allot time to do it and walk away, and I’m working with the Molyneuxs on it, it’s been great. They’re incredibly talented and so, so smart. They so understand that world and know how to zig when everyone’s expecting a zag, so it’s been a lot of fun.”

This is not the first time that Reynolds has teased the Deadpool fans. Previously, he teased with what the plot of Deadpool 3 will feel like. He revealed that before Disney acquired the franchise, it was “Rashomon Styled” film with Logan and Deadpool. But plans have definitely changed as Marvel Studios is now developing their own version.

He revealed it by tweeting:

“It’s critical to have open, honest, and healthy discussions around mental health. By retweeting #BellLetsTalk you can make a difference. In case that’s not enough, before Disney bought Fox, Deadpool 3 was gonna be a road trip between Deadpool and Logan. Rashomon style. For real.”

Deadpool 3 is in its development stage as of now. While the film is yet to lock a releasing window, Reynolds is all set to return as the titular hero.