Back when Marvel Studios President Kevin Feige first revealed the ambitious slate for Phase 3 movies, Avengers: Infinity War was announced as two parts- Part 1 and Part 2. It was signifying an ambitious conclusion to the first decade in the Marvel Cinematic Universe.

But shortly before production of the first part began, something changed. More precisely, Marvel changed course and revealed that the second part of Infinity War would have its own unique name. Now, Marvel Studios Executive Producer has revealed the reasoning behind that decision.

Why Was The Name Changed From Avengers: Infinity War Part 2 to Avengers: Endgame

Even though now we know what the second part of Avengers: Infinity War ultimately came to be called, but Marvel did take their sweet time announcing the official title. The name, Avengers: Endgame was surely fitting for a movie that would serve as the culmination for Marvel Cinematic Universe’s 23 film Infinity Saga.

Three months after the release of Avengers: Endgame, Marvel Studios Executive Producer Trinh Tran has clarified why the name of the movie was changed from Avengers: Infinity War Part 2. He said:

We wanted to make these two movies distinctive and give each their own story. Infinity War was a story about Thanos, and Endgame was a story about our heroes. – Trinh #AvengersEndgame #VuduViewingParty https://t.co/1y0CGFZrtH

Announcing the entire movie slate was a risky move which wasn’t done before but it did pay off. But it has to be said that the Avengers movie was slightly more ambitious given the fact that Marvel Studios hadn’t even hired the filmmakers for the movie yet.

But once they did, they allowed Joe and Anthony Russo the freedom to change the movie’s title to execute their vision. To their credit, the Russo’s also explained why they changed it. Joe Russo explained to CinemaBlend that:

“We wanted the movie to be very different and distinctive, you know. There’s certainly cross-pollination between characters and some story arcs, but you know, the first movie is very clearly Avengers: Infinity War.”

For Phase 4, Marvel made sure to not go all out like they did at their previous announcement, instead deciding to restrict their next projects to a two year span.

Avengers: Endgame is now available on Digital HD and will be released on Blu-ray and DVD on August 13th.

If you want to know more about the making of Avengers: Endgame from The Russo Brothers themselves, then click on the video below: 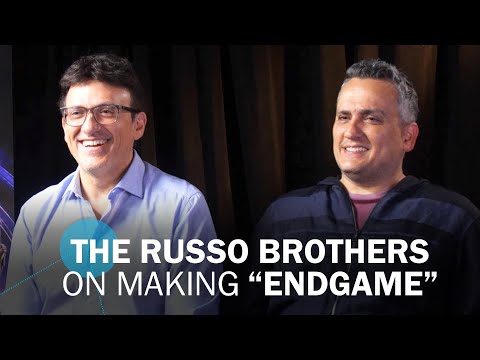