As Sony’s world of Marvel characters is prominently moving forward, Venom should lead an anti-hero team just like Suicide Squad. 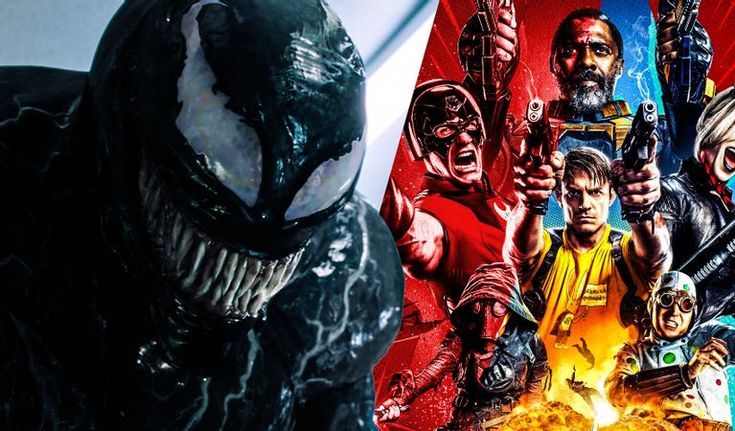 As Sony’s Marvel universe is expanding, it is Venom who should lead the rising characters as an anti-hero team just like the Suicide Squad. While Peter Parker is still swinging in and around the Marvel Cinematic Universe, Sony is busy building its own Marvel Universe and bring some characters to life that are based out of Spider-Man’s biggest villains. One such character was Tom Hardy’s Eddie Brock that brought the Sony Pictures Universe an iconic Marvel symbiote. While the web-slinger had no part in the original story, Venom was undoubtedly a massive success with a sequel releasing very soon.

Venom: Let There Be Carnage will put Eddie against Cletus Kasady with other characters joining from their own films. The sequel was supposed to arrive early this summer but Jared Leto will bring Morbius’ character to life in Morbius next year. With that said, Sony recently echoed that Aaron Taylor-Johnson will be landing the titular role in Kraven the Hunter. These characters are known for playing some of the major villains to the Spider-Man and now Sony universe is planning to go in a different direction with them. While the larger part of the endgame is not that clear, Sony has an opportunity to position Venom as a prominent leader of a Suicide Squad-like team of antiheroes.

Additionally, Sony revealed that SPUMC is going to have some relation and knots with the Marvel Cinematic Universe and that is when it will become “clear.” This will be also teased a bit in Spider-Man: No Way Home. Now whether it will be a Multiversal part or not will remain to be seen in the film. Either way, Sony has made it quite clear that they are going to move forward by having and portraying their own Marvel-centric universe and characters.

Instead of trying to make somewhat of a Sinister Six universe, Venom should definitely thrive to lead a team of some anti-heroes like the Suicide Squad or Task Force X. In Suicide Squad, many characters have gone through a transition from villain to grey anti-heroes. For an instance, Harley Quinn evolved her own character and has now become one of the most significant anti-heroine from the DC Universe. The variety of relationships between the anti-heroes and villains is what makes the Suicide Squad special.

With that said, Sony should bring characters like Venom, Kraven, and Morbius together as they could reflect some interesting dynamics on screen. Depending on what all characters Sony could use from the Marvel universe, the SPUMC can make a classic crossover with some really cool villains against them. Additionally, Sony’s Marvel universe could have phases that properly echo all the foundation stories before eventually joining them together, just like what MCU did. With Suicide Squad proving to be one of the most successful concepts of the makers, Sony is expected to utilize Venom significantly in the coming years.