UPDATE: The original poster of this “leak” admitted it was fan-fiction from a Reddit thread.

It has been as long as two months since the Avengers Infinity Wars movie came out, and because of the cliffhanger at which the movie ended, fans are bubbling with theories about the plot for the final instalment of the Avengers franchise. There is a particular supposed plot leak that is doing the rounds of the internet right now, and if true, it will be truly sensational. The theory details just how the remainder of the Marvel heroes will find a way to disarm and defeat Thanos and bring back the other people. At the same time, it might just be a conspiracy theory being spread by someone having some fun. Anyway, the intense speculation only goes to show how eagerly fans are waiting for the Avengers 4 movie. The concept art to the movie was leaked some time ago, and the posters gave fans a first look at what the superheroes would look like in the final battle against the Mad Titan Thanos. Marvel Studios is being surprisingly discreet about the upcoming movie, something we can gauge from the fact the title of the movie has not yet been released. It is really surprising then that the apparent plot for the movie has been leaked online. The plot was posted by on the social media site Reddit by user with handle abigfriend. The redditor laid out the plot for the next movie in a series of points. First, the relationship between the Mad Titan Thanos and his daughter Nebula will figure prominently in the plot of the movie. The original Avengers team will be using time travel to go back in time using the Quantum Realm that was introduced in the Ant Man movie and also in Doctor Strange. The Avengers will seek to collect the Infinity Stones through time travel and each collected stone will disappear from Thanos. Eventually, Thanos will catch drift of what is going on and will use the Infinity Gauntlet to track and follow the Avengers through time. It will also turn out that the people who disappeared at the end of the Infinity Wars movie are not really dead but have just been transported to an alternate reality. The movie’s climax will tunnel through time and will be the Wakanda battle at the end of the Infinity War played out again but this time the mightiest superheroes of Earth will prevail over the Mad Titan. Notable differences will be the presence of Wanda and Captain Marvel, who will be introduced to audiences over the course of this year. 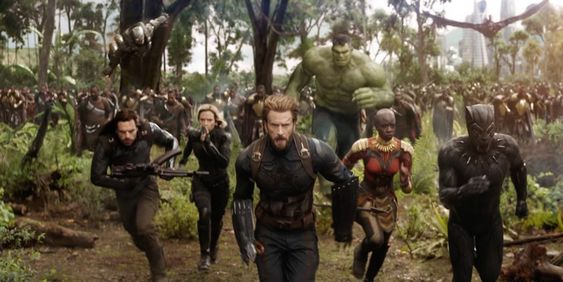 There are a few issues with the plot that was posted. One is the introduction of an alternate reality is an easy way out and the directors Joe and Anthony Russ have both ruled it out, saying that they want to commit to the story and tell it as completely as possible. While the duo may be bluffing, just like they still claim that most of the characters that disappeared at the end of the Infinity Wars movie will not come back. However, an alternate reality is not something that can honestly happen, as it is certain to anger fans who are hoping to see a more innovative solution to the Thanos problem. One more thing this plotline makes clear is that the MCU will go back to the way it was before Thanos came through, except for the death of Captain America. This is not something that fans can either appreciate or anticipate from the movies, as it has been broadcast repeatedly that Infinity Wars will change things irreversibly in the MCU. So considering that the post includes a number of points that have been rumored to be happening(such as time travel), our advice is that you should take the post not that seriously. While some things will undoubtedly happen, it does not seem likely that the events will happen in the exact same fashion. Also, you should remember that the makers of the movie have taken almost every step to ensure that the scripts are secure – actors have gotten only partial scripts and even they do not know completely what is going to happen. There is undoubtedly going to be a lot of security around the script and this might just be rumour, just a very convincing one.

Also, the writers of the movie Christopher Markus and Stephen McFeely recently met to work in final elements to the plot of the Avengers 4 and reshoots will start soon, expected to last all summer. Even if the post has a lot of points it got right, it might just be that a lot of those just get cut out of the movie. Considering that the movie is yet evolving and not everything is fixed right now, it is hard to say that this is what will happen in the movie. In any case, Marvel will want to put in some changes to the story to usher in the Phase 4 of the MCU after finishing with the narrative that began with Iron Man in 2008.