Marvel has been attempting to explore and develop the origin of symbiotes since 2011. For those who don’t know, symbiotes are the alien beings that gave Spider-Man his villainous black suit and later gave birth to characters like Venom, Carnage and various others.

Since ages, we’ve believed that these creatures have always been evil but according to a recent truth explored in the Guardians of The Galaxy, it’s quite the opposite. It’s revealed that the symbiotes’ actual name were the Klyntar, which was a noble, alien race that was plagued by an evil group of outsiders. It was also revealed that the bond shared by the host and Klyntar was a sacred and a positive thing.

But now, with the new Venom comic by Donny Cates and Ryan Stegman, its origin has been tailored further into something that seems fit for the MCU. Venom has been full of surprises till now as they’ve managed to explain the origin of symbiotes, in a way that they can be easily introduced in the MCU in future. Here’s how:

3. The Road To Knowhere 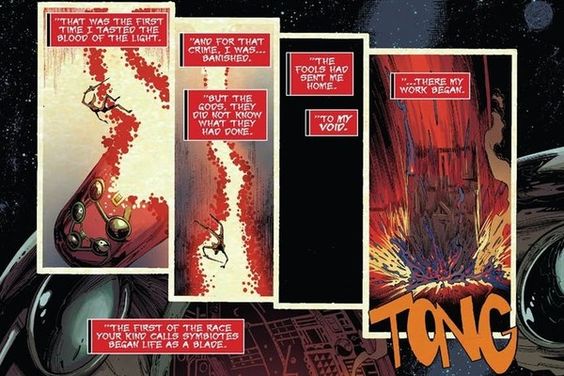 Venom issue #4 starts right after the Big Bang. Now as we all know that there have been characters in Marvel Universe that have existed since before the Big Bang. One of these characters is Knull, who’s the God Of Symbiotes. Thanks to a new theory confirmed by Donny Cates, Knull was the one who killed a Celestial by chopping off its head using a sword. This dead Celestial’s head eventually went on to be known as Knowhere.
Celestials defeated Knull using fire and sound, which defines the symbiotes’ weaknesses against fire and sound.
Now coming back to point, we already know the importance Knowhere has in the MCU and if it wants to introduce symbiotes in their continuity, this could be an interesting way to bring them in.

2. The connection with Asgard 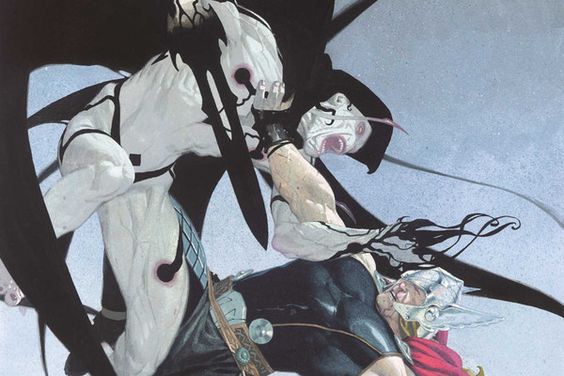 The origin of symbiotes also has ties with the Asgardians. It was also revealed in the issue that the sword used by Gorr, The God Butcher against Odin and Thor was the same one that was used by Knull against the Celestials. This successfully weaves the origin of symbiotes into Asgardian history.
Although Gorr hasn’t been introduced in the films but with increasing demand of another Thor film, it’s likely that the villain could be used as a wild card for their next projects. We’ve seen the link up between Thor and Guardians in Infinity War so now we know that symbiotes are somehow related to both histories in comics and we wouldn’t really be surprised to see them in the MCU.

1. A threat after Thanos 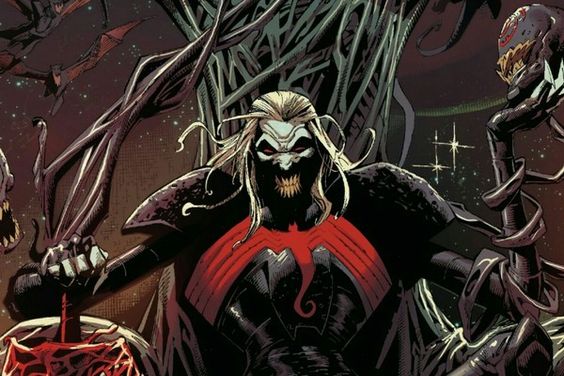 A film with Thor and Guardians could easily do wonders with symbiotes as the films’ focus but even without this epic team-up, Marvel could include symbiotes in their main Cinematic continuity.

In case Sony’s Venom isn’t related to the MCU main storyline, it would allow MCU to take a fresh take on symbiotes and they can easily establish their alien origin that would be easier for fans to understand. By doing this, they can establish a suitable connection between three of the franchise’s prime series: Thor, Spider-Man and Guardians.

This addition reflects limitless on-screen potential and if we get a movie with Knull as the focal point, there’s no doubt that symbiotes can go on to become a major threat after the Mad Titan Thanos.