Okay, so it seems like the Batman from the “Flashpoint timeline” may have returned back to the DC universe.

In the final pages of Batman #50, Catwoman called off the wedding with Batman, leaving him on the altar. After this, it was revealed that all of this was part of a big plan by Bane to “break” the bad mentally. And guess who helped Bane in this? The “Flashpoint” Batman aka Thomas Wayne.

Flashpoint happened in 2011 where Flash traveled back in time to save his mother from getting murdered. He succeeded but this changed the entire timeline, leaving Flash without his powers and a very limited amount of time to save the “real” time-line. Flash then turned to Batman for help only to discover that it’s not Bruce who’s Batman but his father, Thomas Wayne. In this reality, it was Bruce who had died in the alley that night and since then, Thomas had become Batman to protect Gotham.

Thomas Wayne agreed to help Flash after getting to know about the main DC universe, where things weren’t so helpless and Bruce was alive.

Later, the Flash and Batman (This time, Bruce in the regular timeline) teamed up to investigate a mysterious smiley face button which had a bloodstain on it. This button had appeared in a Batcave from another timeline. During this, they come across Thomas Wayne who sacrificed his life and gave his son an advice before he died: “Don’t be Batman. Find happiness. Let the Batman die with me…” 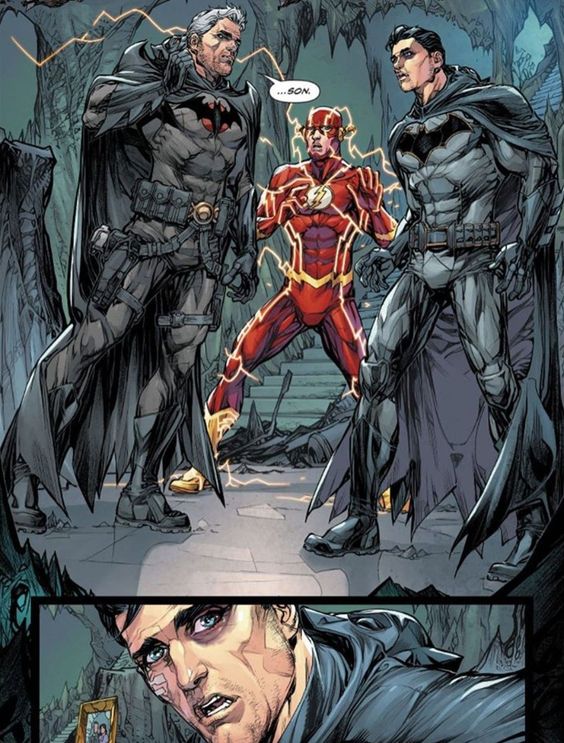 Batman did find momentary happiness with Selina until she left him thinking that she might be stopping him from being Batman. Now that Bane has manipulated Catwoman, taking away Batman’s happiness, Thomas Wayne is standing by Bane.

It’s not clear yet why he did this or if he went through a change of heart or is he just a mole in Bane’s plan but either way, it’s evident that the scene from “The Button” has been intentionally mirrored in Batman #50. It’s possible that the figure on Bane’s side isn’t Flashpoint’s Thomas Wayne but someone else in his costume, either to devastate Thomas’ image in Bruce’s mind or to enable DC in selling the popular costume design. Whatever it is, we will find out soon. Stay Connected for more! 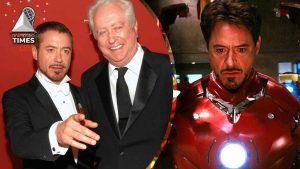 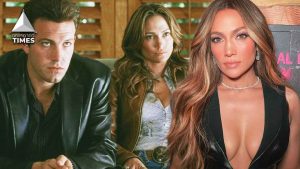 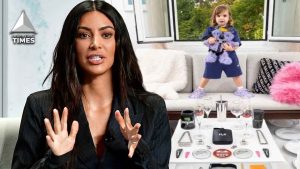 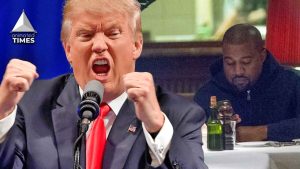 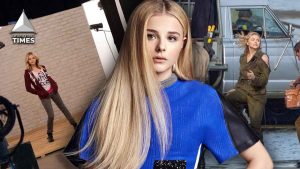 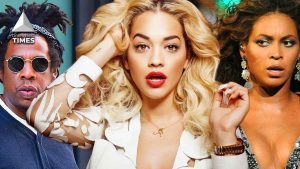