One of the greatest Marvel heroes to ever exist, Thor is a flagship character of the Marvel Comic Book as well as Cinematic Universe.

There are several as of yet unanswered questions about him. Let’s have a look and see if we can answer them. 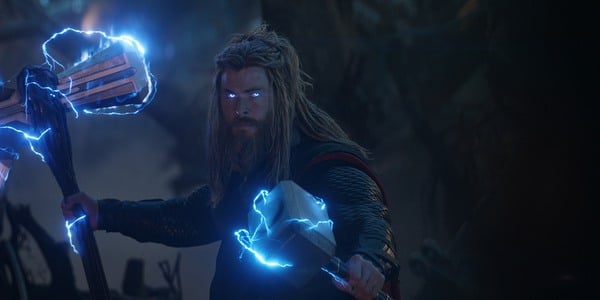 Thor’s most trusted weapon is his enchanted hammer, the might Mjolnir. It has several mystical properties. It is truly a feat of arcane engineering.

Forged in the heart of a dying star about to go supernova, the best of Asgard’s Dwarf-Smiths lent their skills to make the Uru hammer. But Uru is abundant in Asgard.

Thor’s Hammer just cannot be that strong by being made out of Uru and enchanted with Odin’s Magic.

The true source of Mjolnir’s might is because of what lies inside it.

Eons ago, a Young Odin encountered a sentient cosmic storm called the God Tempest. The god Tempest was so powerful not even Odin could have tamed it.

So he tricked God Tempest into entering the Mjolnir.

You May Also Like: Nicolas Cage’s Joe Exotic: Netflix Tiger King Prequel Picked Up By Amazon

What is Thor a God of? 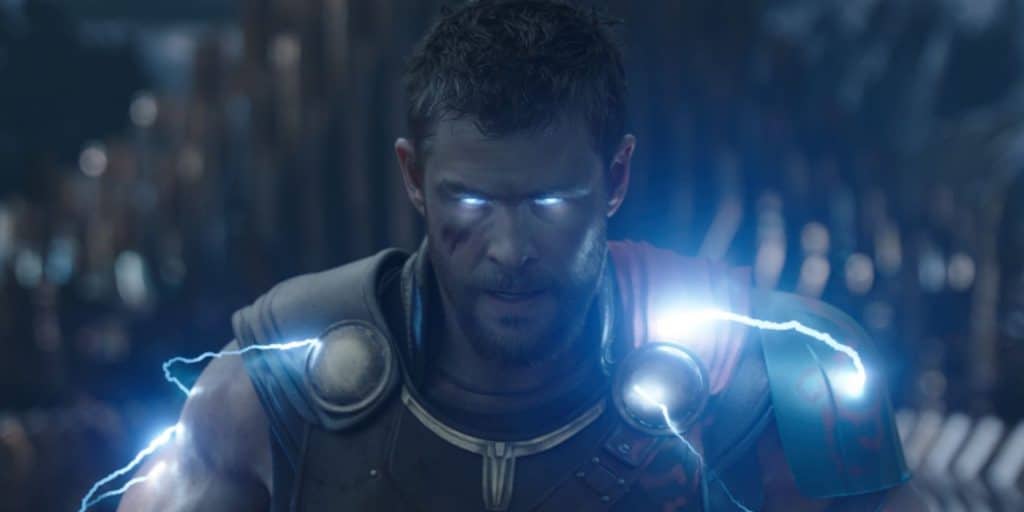 Many would be quick to assume that Thor is the God of Thunder. But it is not that simple.

Sure he can conjure lightning and use it to fry his foes to Kingdom Come.

But his Godly domain has a lot of other areas he has command over.

Thor is not actually the God of Thunder. He is the God of the Sky and the Storms. He can conjure more than just lightning.

His powers give him the leash that controls the entire sky and everything that comes with it.

In Norse Mythology, Thor is more than just a Sky God.

He is also closely associated with the trees and sacred places of worship.

Thor is also the officially appointed Guardian God who gives his blessings to warriors about to enter into battle or travelers about to go on a long and perilous journey.

Is Thor Really an Avenger? 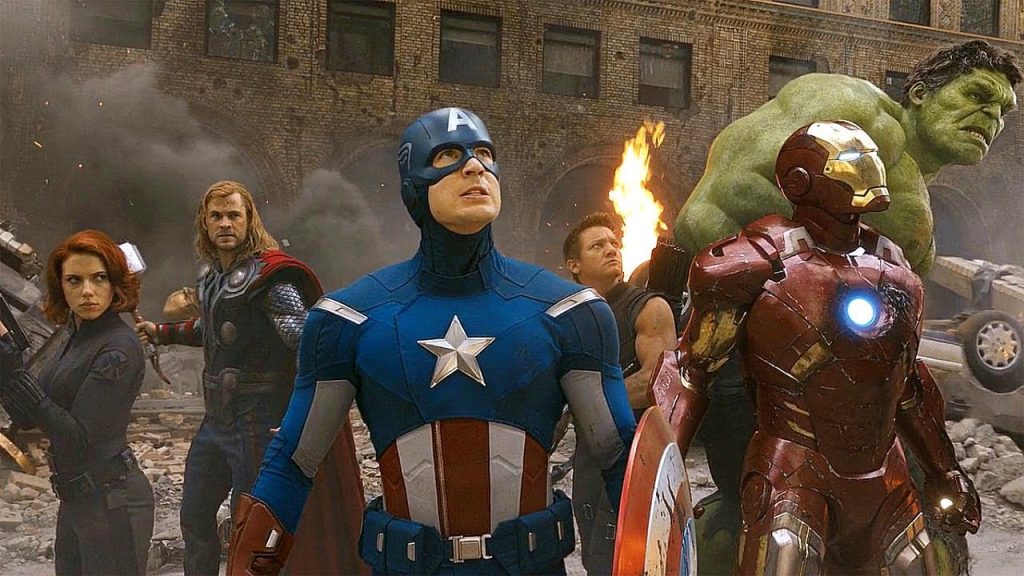 Thor may be one of the founding members of the Marvel Cinematic Universe. But he is far from that in the comic book arcs.

When Thor first came into the picture, he stood against the Earth’s Mightiest Heroes more than he sided with them.

In fact, the early story arcs made Thor fight the Avengers so many times that people started asking – Is Thor even capable of being an Avenger?

The answer is – yes.

The waters may be murky but the writing is clear on the wall.

In the movies, Thor first fought Captain America and Iron Man while trying to get Loki to come back to Asgard.

He ended up joining forces with them to stop his brother.

In the comics, Thor was also the founding member of the Avengers alongside Ant-Man, the Wasp, Iron Man, and the Hulk.

In the comic books, Thor’s first foe as an Avenger was Loki as well. 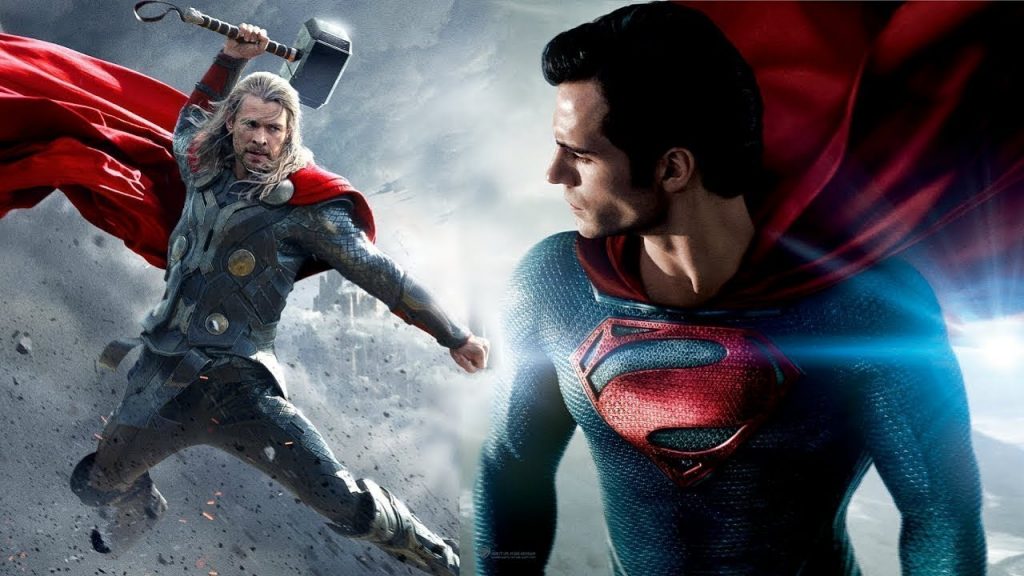 Thor is the mightiest superhero of the Marvel Comic Book Universe. In DC Comics, the individual who sits on that throne is Superman, the Last Son of Krypton. For ages, the fans of the comic book world have long debated on who wins in a one on one fight between Thor and Superman. The reason many prefer Thor would win is because he has an ability which is as deadly to Superman as Kryptonite itself. Thor’s entire set of abilities are magic based. The lightning bolts he summons are made out of pure mystical energy. Superman has a weakness towards magic. It can make him vulnerable. Another ability Thor possesses is his ability to control the sky. By summoning thunder clouds, Thor can cut off Superman’s primary power source from him – the Sun.

What is Thor’s Real Age? 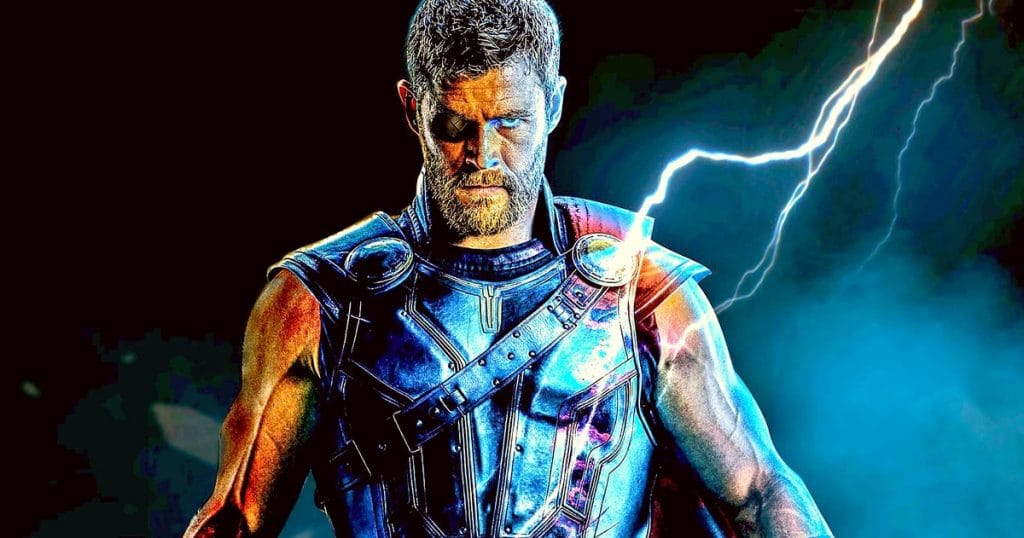 You might be in for one hell of a surprise. Since Thor is a God, he has superior longevity.

Thor ages extremely slowly. He is actually one of the oldest Marvel Superheroes.

In the Marvel Cinematic Universe, Thor states in Avenger: Infinity Wear that he is more than 1500 years old.

In Marvel Comics, that age might not apply. Since the Roman Empire reported the first sighting of Thor, the Norse God of Thunder is no more than a few centuries old in the Marvel comic book universe.

Who are Thor’s Brothers and Sisters? 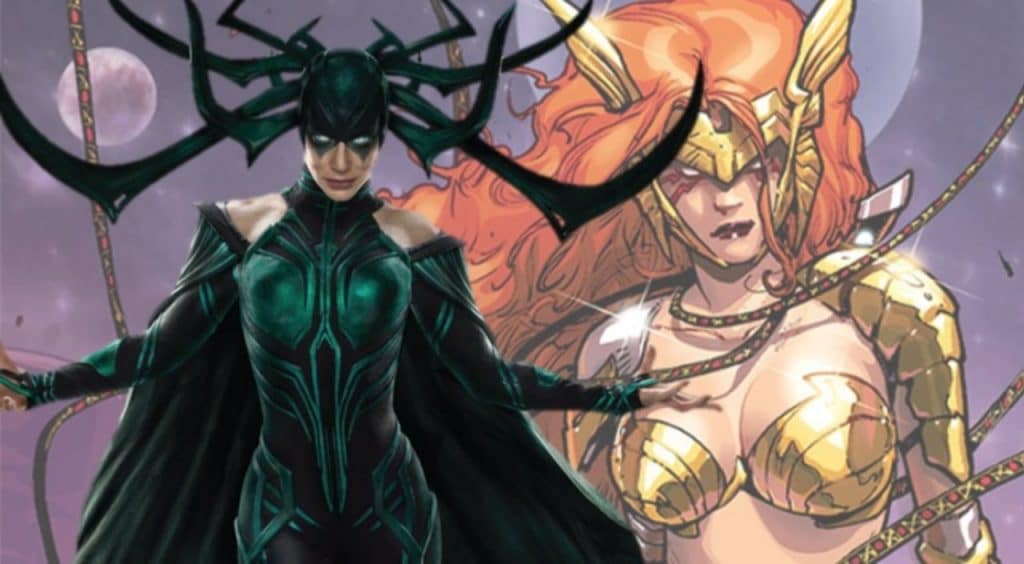 In the Marvel Cinematic Universe, Thor has two siblings. Loki is the Norse God of Mischief.

He was the only sibling of Thor until Hela came into the picture.

Odin’s firstborn, she is the eldest of the three and is the Goddess of Hel, the Underworld. Thor, in the comic books, has a brother the movies never showed.

Balder is the Norse God of Light, Purity, and Joy. He is the half-brother of Thor and the true heir to the throne of Asgard.

Hela is not actually Thor’s sister in the comics. She is the offspring of Loki.

Thor’s sister in the comic books is Angela – who is a warrior from a parallel world. Pretty complicated right?!?!?!

Can Thor Fly Without His Hammer? 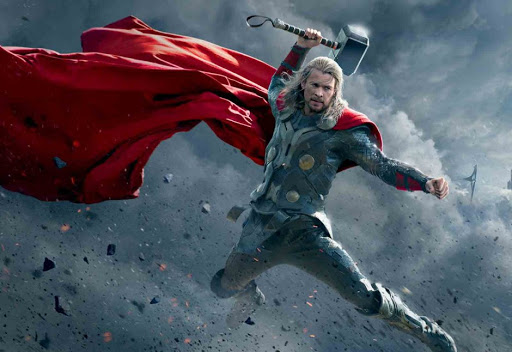 The ultimate mother of all questions – Can Thor fly without his hammer?

Or his power of flight is actually an ability granted by Mjolnir?

The answer to that question could be seen in comic books.

But we have to warn you – it is kind of complicated. The short answer is No.

Thor has been deprived of Mjolnir in the comic books more than a few times and some writers still made him fly.

This ability has terribly inconsistent in comics.

But lately, all fans and theorists have unanimously started agreeing that Thor needs his hammer to fly. When he is Hammer-less, he is not actually flying.

What one thinks Thor’s power of flight is actually him making insanely long jumps when left without his hammer.

Who Can Lift Mjolnir Other Than Thor? 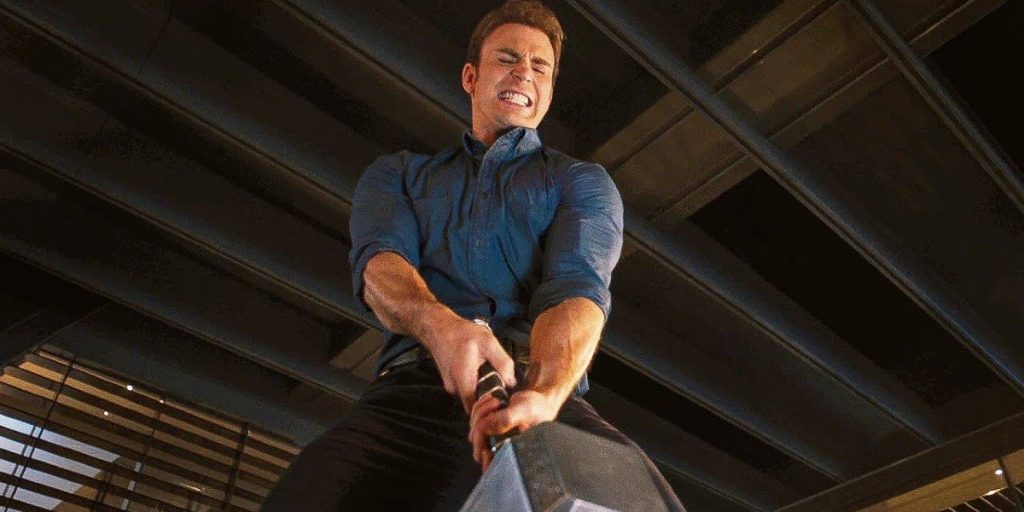 We know of two people – Thor and Captain America. Both are worthy of Mjolnir.

The power of Thor is bestowed upon any person who can lift the hammer. So Thor’s powers are not exclusive.

Captain America has lifted the hammer to the crowd’s cheers during the climactic battle of Avengers: Endgame.

But in the comic books, the list of ‘Mjolnir Worthy’ is way longer. Everyone from Beta Ray Bill to Loki to the Hulk and even Magneto has lifted the hammer.

There have been instances when even a DC Superhero was able to lift Thor’s hammer and gain the power of the Thunder God.

Both Superman and Wonder Woman are worthy.

Who Wins – Thor or Hulk? 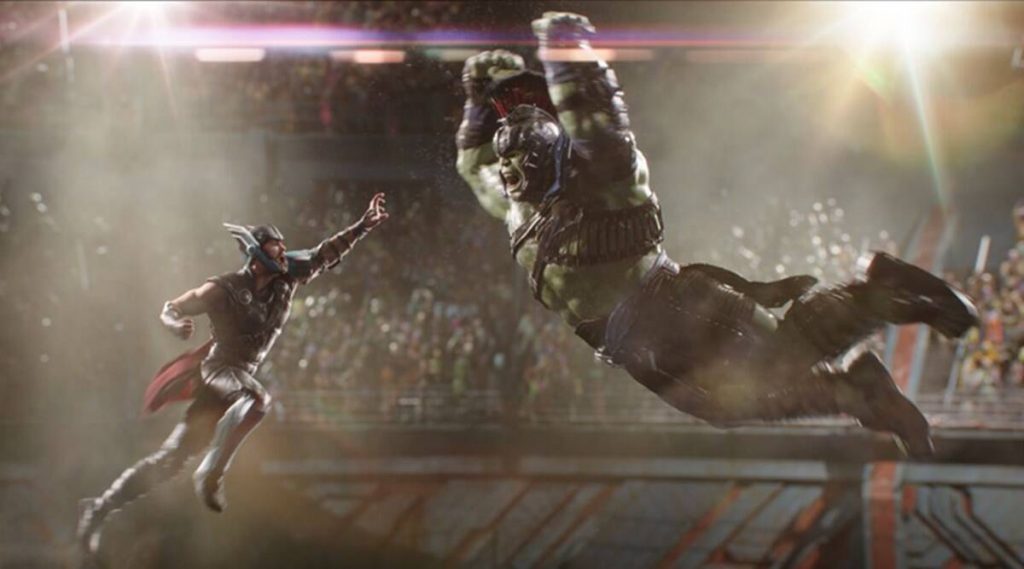 This is another discussion as old as the Thor vs. Superman debate.

The Hulk’s raw brute strength compounds with his increasing rage. His strength literally has no limits.

Thor is counted among the mightiest superheroes of Earth. His strength is so much there is literally no unit to measure it.

The Hulk may be strong but is he strong enough to beat Thor?

The answer is – the Hulk loses.

Thor’s base power is much higher than Hulk’s. Stan Lee has gone on record to state that both Thor and Hulk have similar strengths but Thor takes the cake since he has no control over his actions once he lets his anger take over.

Thor remains level-headed and thus can come up with a better plan to neutralize the Hulk if need be. 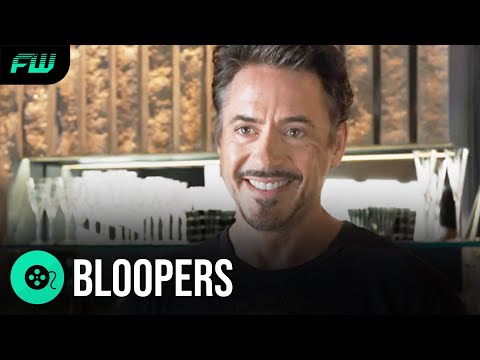