Chris Hemsworth mentioned that Thor’s absence from Captain America: Civil War made him feel like his character is written out of the Marvel Cinematic Universe. 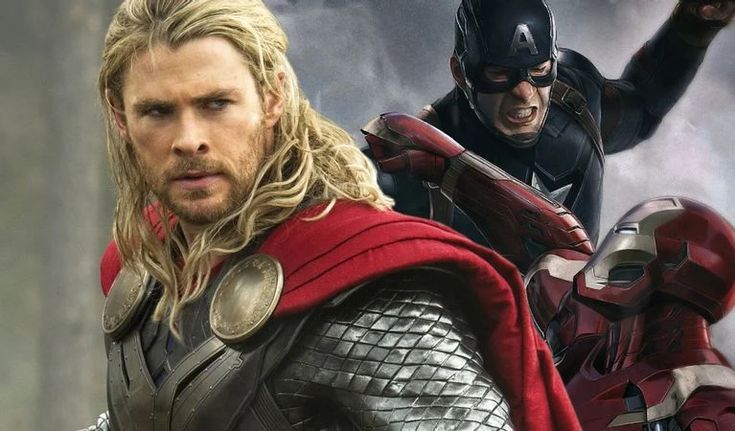 Hemsworth’s Character was in danger?

One of the most prominent members of the Avengers family, Chris Hemsworth, felt that his character, Thor, is written out of the MCU. This happened due to Thor’s absence from Captain America: Civil War. The film highlighted a conflict between Team Iron Man and Team Captain America. The conflict was based around the Teams’ disagreements about the international oversight, which forced the superheroes to pick a side. While Captain America: Civil War saw many MCU superheroes returning together, Thor was noticeably absent.

As far as the 13 films of MCU are concerned, Thor already had his two movies that starred his titular character, apart from two Avengers films. When Hemsworth’s Thor was in Marvel’s Phase 1, he and his fellow hero Hulk, aka Bruce Banner, only had the warrant mentions in Civil War and didn’t have any actual appearances. But in Marvel’s Phase 3, they appeared together after the Captain America trilogy that started with Captain America: The First Avenger (2011) ended. The Hulk and Thor ultimately returned in Thor: Ragnarok but Hemsworth still felt that the character is in danger.

The Story of Marvel Studios: The Making of the Marvel Cinematic Universe

In the recently released book, The Story of Marvel Studios: The Making of the Marvel Cinematic Universe, Hemsworth shared what he felt back when Civil War was released. He mentioned that Thor’s absence from the Civil War made him feel that the character is written out of the Marvel Cinematic Universe. The actor also highlighted his press tour during Avengers: Age of Ultron and hearing the other actors and team talk about Captain America: Civil War. With uncertainty in mind, Hemsworth asked them about what is Civil War? Due to his absence from the project, Chris asked Marvel what is he doing? This is how the situation is explained in Marvel’s book –

“I remember being on the Age of Ultron press tour, and everyone was talking about Civil War. I was like, ‘What’s Civil War?’ I asked, ‘Are you doing a side-project or something?’ They’re like, ‘Oh no, Captain America, y’know? The next one is Civil War.’ I’m like, ‘Wait… Iron Man’s in that?’ And it’s like, ‘Yeah, but there’s not just Iron Man. There’s Vision (Paul Bettany). There’s Spider-Man (Tom Holland) … Marvel said, ‘You’re doing your own thing.’ … I thought, ‘This is it. I’m being written out.”

The Marvel Studios tried to calm down Chris’ fears and it was Ruffalo who later confirmed that even he was not approached to play in Captain America: Civil War either. But apparently, Thor as a character was not written out of the Marvel Cinematic Universe and his absence from the Civil War was just another negating requirement of the script.

Moreover, Thor: Ragnarok’s success cemented Chris Hemsworth’s position in the MCU as a future certain that is even continuing today. The character is soon going to come back with Thor: Love and Thunder in 2022.

With that being said, Thor: Love and Thunder will hit the theaters on July 08, 2022.