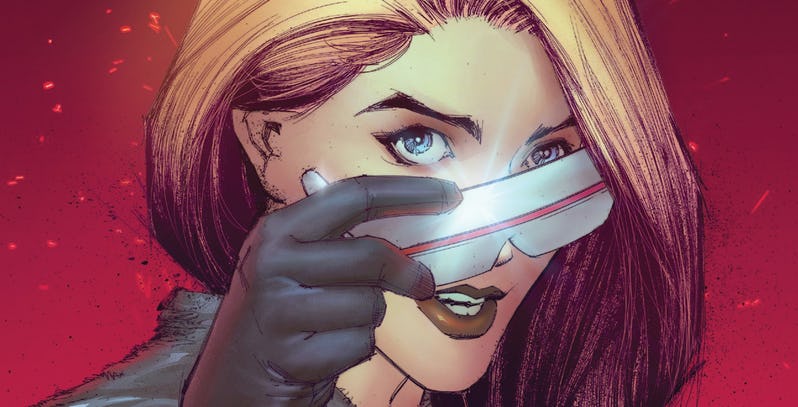 Every X-Men has turned a villain overtime

For the X-Men, the line between hero and villain is even blurrier than it is for the other major Marvel teams. At one point or another, virtually every X-Men has taken a turn toward villainy, and almost all of their villains have joined the team, for at least a few missions,now.

With most of the X-Men trapped in the alternate reality of the “Age of X-Man,” the mutants who are still in the primary Marvel Universe have found themselves in all different strange groupings. Cyclops and Wolverine formed a makeshift X-Men team with a few different generations of their former students, but it has also suffered major injuries, and have lost a few members, along the way. 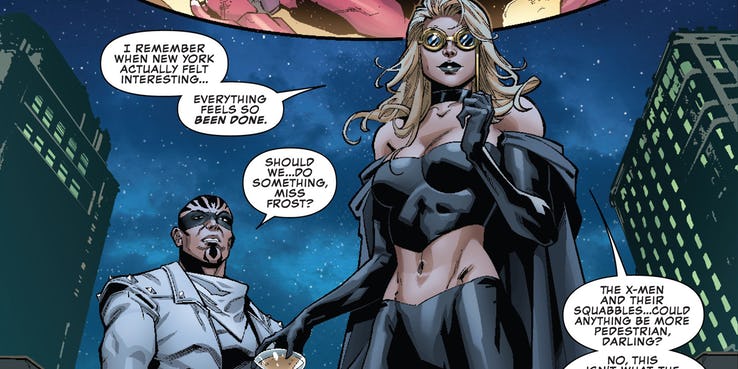 While that X-Men team includes the longtime villain Juggernaut, the telepathic mutant leader Emma Frost has brought together several former X-Men to form the latest incarnation of the Hellfire Club, wealthy mutants who wield their privilege and powers as even equally very dangerous weapons.

Even though they’re not in Dark Phoenix, the Hellfire Club added three troubled former X-Men, the Vanisher, Elixir and Marrow to their ranks in the Uncanny X-Men #19.

The Hellfire Club: An Influential Impact on The X-Men Lives

The Hellfire Club has played a quietly influential role over the past several months of the X-Men’s lives. The last few issues of the Uncanny X-Men suggested that Emma used her telepathic powers to make several members completely forget about her, and this issue has revealed that she telepathically compelled Wolverine to join Cyclops’ latest team.

After Frost and the teleporting Vanisher are captured by the mutant-hating General Callahan, the powerful psychic is forced to give the general a serum that could theoretically “cure” the mutant powers. Although he eventually releases the two mutants, Callahan confronts Frost and her Hellfire Club in the broad daylight.

During the encounter, Callahan exposes Vanisher to the experimental serum, which quickly liquefies him into a blob of goo. Despite his Omega-level healing abilities, Elixir can’t help his teammate, and one of the X-Men’s earliest foes melts to his grave. 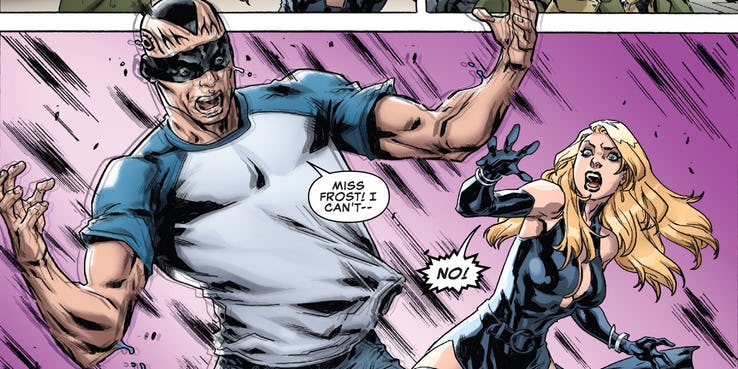 Although Telford, aka the Vanisher, was introduced by Stan Lee and Jack Kirby in 1963’s X-Men #2, he never became a truly major part of the team’s world. He was primarily involved in minor criminal schemes up until the late 2000s, when he had encountered Wolverine’s X-Force. He was essentially drafted onto the team as its chief mode of transportation, when Elixir gave him an X-shaped brain tumor that only he could  have the strength to heal.

Vanisher eventually fell out of the X-Men’s orbit, but Elixir and the bone-creating Marrow had far more prominent roles as two of the younger members.

The gold-skinned Elixir debuted in 2003’s New Mutants #5, by Nunzio DeFilippis, Christina Weir,  and Mark Robinson. As he had floated between trainee teams, like the New X-Men and the Young X-Men, Joshua Foley’s healing abilities evolved to give him a “death touch” that had made him a darker, more unstable character, and an eventual X-Force member. 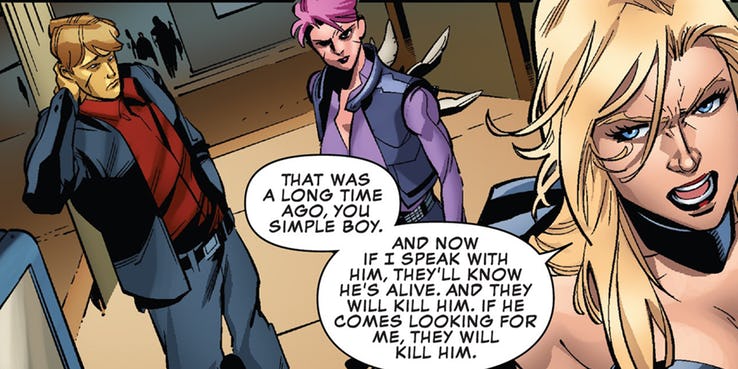 Unlike Elixir, Marrow was always a wild card within the X-Men. Introduced by Jeph Loeb and David Brewer in 1994’s Cable #15, Marrow was a part of Gene Nation, a group of young Morlocks raised in very another dimension. Although she was a fairly prominent member of the X-Men in the late ’90s, she faded into the periphery before joining Cable’s X-Force team in 2014.

Marrow and Elixir were last seen as the members of Magneto’s new Brotherhood of Evil Mutants in the X-Men: Blue #34, by Cullen Bunn and Marcus To. Although it’s not clear what happened to that Brotherhood, both mutants are clearly under Emma Frost’s sway now.

Although she’s famously known as the White Queen, Emma had taken the mantle of the Black King, the traditional leader of the Hellfire Club. In accordance with the Inner Circle’s chess-themed naming conventions, Elixir is also called the Black Bishop. Marrow’s “noble” title isn’t revealed, but she shares the all-black wardrobe of Mystqiue and Elixir, which would most likely make her the Black Queen or the Black Rook.