With the EA Star Wars: Squadron about to hit the stores in the near future, it will pit the players against each other, where they can play as either a TIE Fighter Pilot or an X-Wing pilot.

For generations, the debate over which starfighter is better has been raging on. Let’s see the pros and cons of each starfighter of the Star Wars Universe. 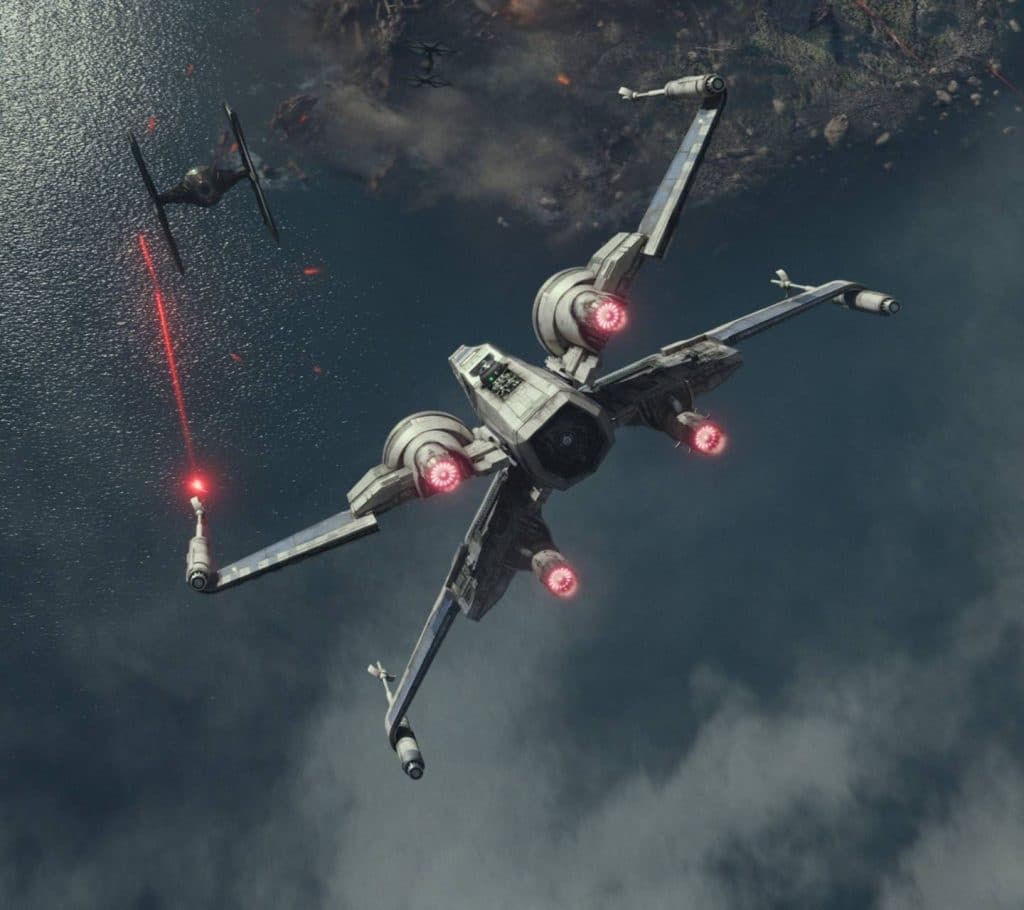 The X-Wing Starfighter has a very powerful shield, repair droid, and an auxiliary life support system.

The TEI Fighter has none of those things. The TIE Fighter pilot has to rely on his suit’s life support system during a fight while the X-Wing’s cockpit comes equipped with one.

It is also much more durable than the TIE Fighter. The X-Wing can take a number of hits because it was designed to fight a numerically superior enemy. It can lose a thruster and still be a hundred percent operational.

The Rebel Alliance built the X-Wing keeping quality, not quantity in mind. They needed to protect the very little pilots they had at their disposal. So the X-Wings naturally were designed to be much more durable than their Imperial counterparts. 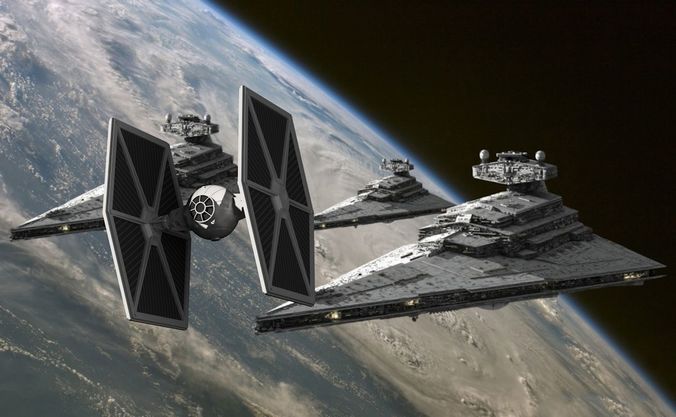 The Empire built the Starfighter for one and one purpose only – defend its mighty Installations. The TIE Fighter was the Imperial Star Destroyer’s most formidable line of defense. It was meant for short range outer space superiority roles. It could double up as an expeditionary vehicle and carry out attacks inside the atmosphere but it was a secondary role. It fulfilled its primary purpose splendidly. During the Galactic Civil War, the TIE Fighter turned out to be the bane of the Rebel Alliance. The Empire designed the TIE Fighter so that it did not have any redundant systems. Unlike the X-Wing which had a plethora of systems like life support, hyperdrive and additional sensor arrays, the TIE Fighter had no such in-built systems. It was thus a lean, mean fighting machine. 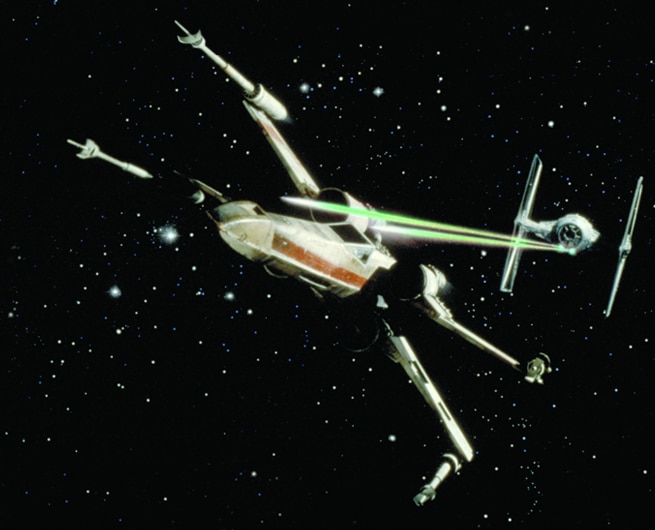 We will get a bit technical here. The TIE-Fighter had vector thrust nozzles and reaction control thrusters which granted it exceptional mobility in exo-atmospheric as well as endo-atmospheric conditions. The X-Wing did not have those features. What it did have in turn were differential thrust nozzles. In layman terms, this meant that the X-Wing could control pitch and yaw (Perpendicular to the Nose and Side to Side) to a much better effect. This gave the X-Wing a lot of power and rotational force to change direction. When the TIE Fighter does that, its lack of differential thrust would mean that it would lose speed, something that is critical in a dogfight. The X-Wing will not lose speed while changing direction. That is one of the greatest advantages of the X-Wing.

TIE Fighter: Can Be Mass Produced

The Empire had a lot of area to cover. They needed starfighters that could be produced en masse with the least amount of resources. The TIE Fighter was built out of necessity. It sacrificed quality for quantity. The TIE Fighter was cheaper to produce and maintain. It required less durable armor, used a very fuel efficient engine, and its sensor arrays and mainframe systems could also be mass produced and assembled in bulk. This quickly became a very good advantage for the Galactic Empire during the Civil War. It recuperated its losses during the war very easily because they already were producing more TIE Fighters than the Rebel Alliance could chew. 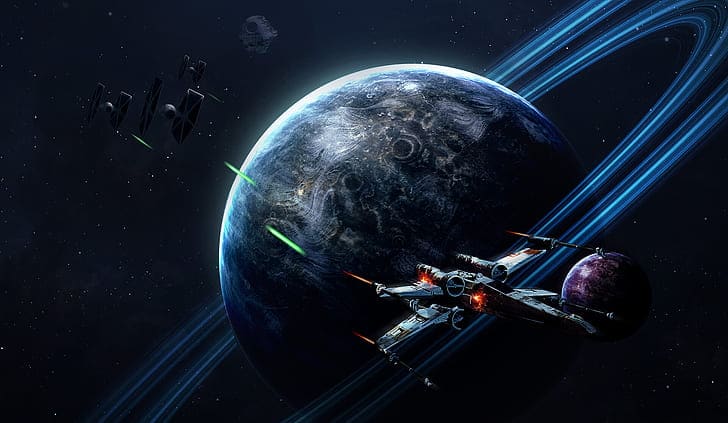 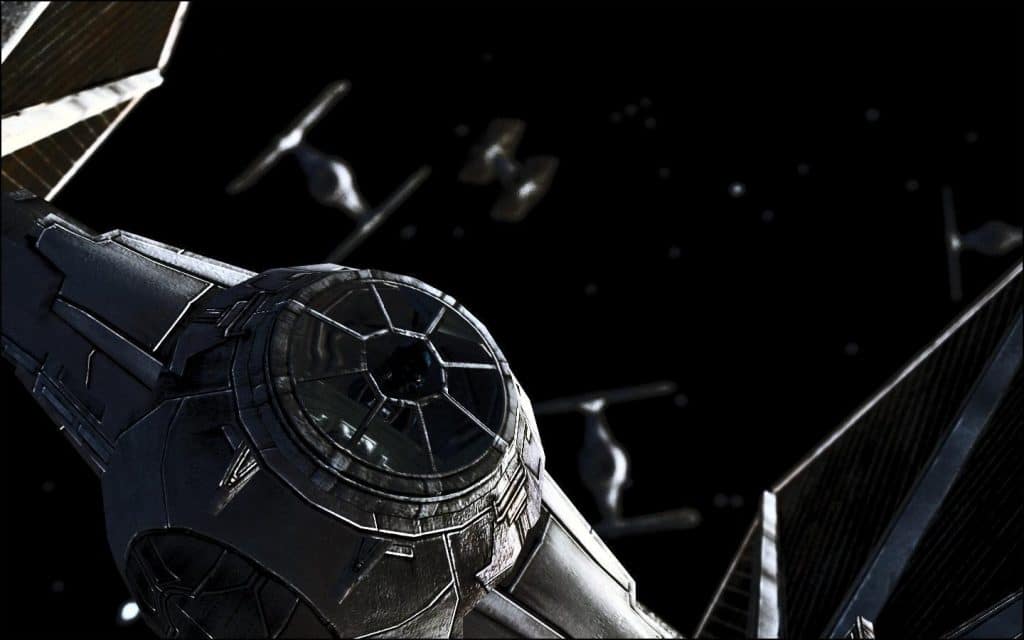 The TIE Fighter’s lack of combat shielding, redundant life support systems, and a hyperdrive engine gravely reduced its mass. As a result, in the cold vacuum of space, courtesy of its Twin Ion Engines, the TIE Fighter had exceptional maneuverability. Its extreme mobility was one of the reasons the TIE Fighter was so formidable against an X-Wing even though the X-Wing had better armor and much more powerful firepower. The TIE Fighter pilots used their ship’s small design and mobility features to their maximum, using evasive man-oeuvres against an X-Wing while using hit and run tactics. When coupled with their swarming strategy, a squadron of TIE Fighters could take down multiple X-Wings with little to no damage.

You May Also Like: God Of War: 10 Most Insanely Strong Bosses – Ranked 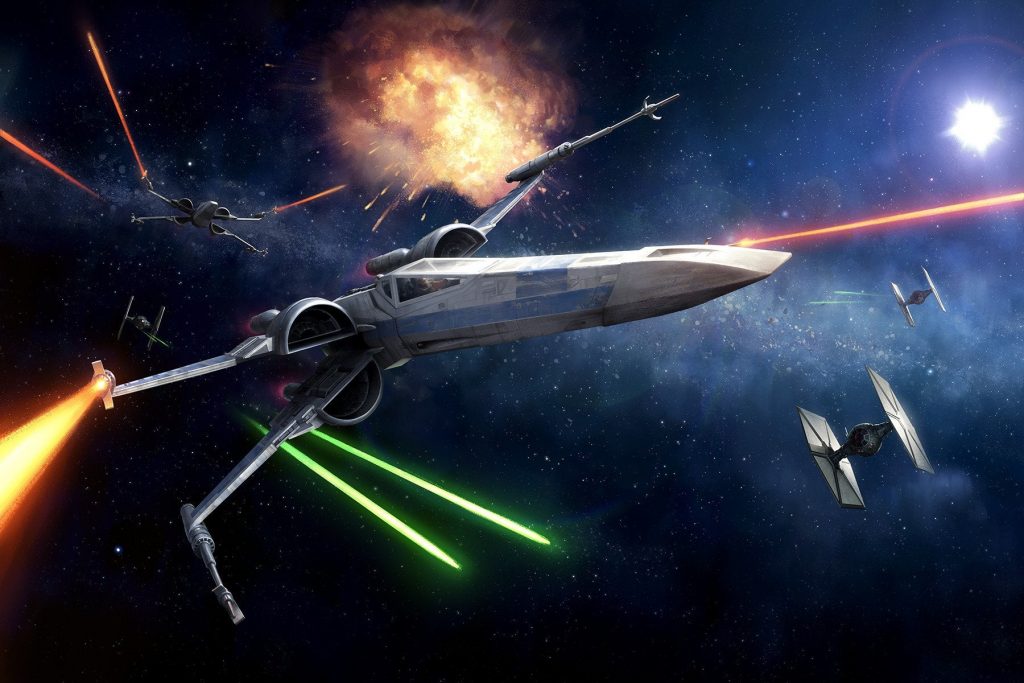 The T-65 X-Wing had a lot of design features that helped it stand apart. The Alliance created their starfighters keeping quality in mind. One X-Wing could take down half a dozen TIE Fighters before going down. It was exceptionally well-armed. It had a quad laser cannon weapons suite along with deadly proton torpedo launchers that could also serve as guided missiles. The X-Wing was designed to punch way above its weight. It was probably why a lone TIE Fighter Pilot would think twice before engaging with an X-Wing in a one on one dogfight. 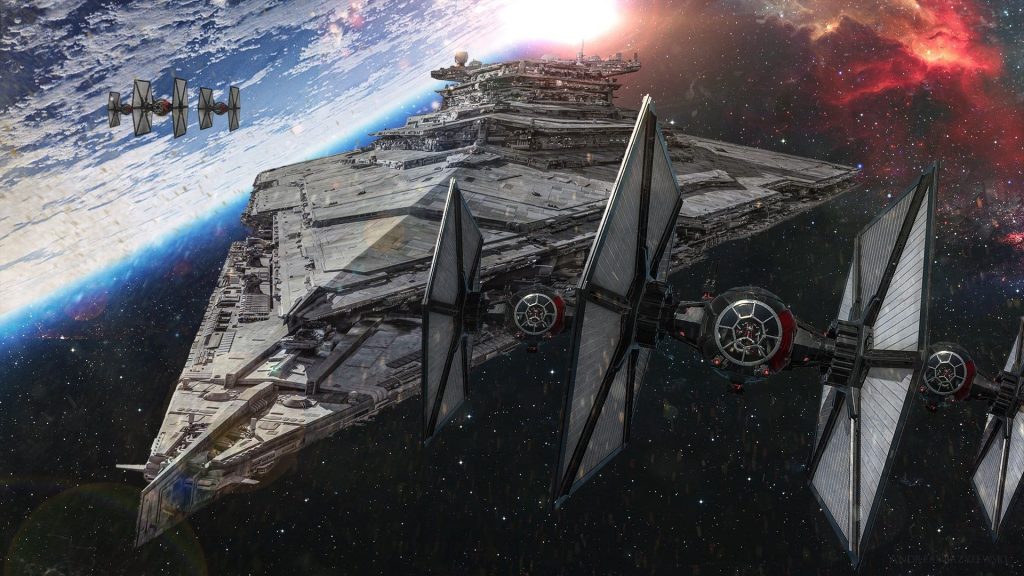 Since the TIE Fighter could be mass produced in huge amounts, the Empire built their starfighter squadrons on the principle of strength in numbers. Each Imperial Destroyer had an ample amount of TIE Fighters in its bay with enough firepower to take down any form of enemy defense. The TIE Fighters were exceptionally good at swarm attacks, where they would overwhelm enemy forces by flanking them from their blind spots. A Rebel X-Wing was strong enough to take a stand on its own because the Rebel Alliance had no other option. They had to make their squadrons self-sufficient. The empire had immense resources and an endless supply of TIE Fighter Pilots. They could resort to such a basic but effective tactic.

X-Wing: Can Double Up for a Variety of Roles 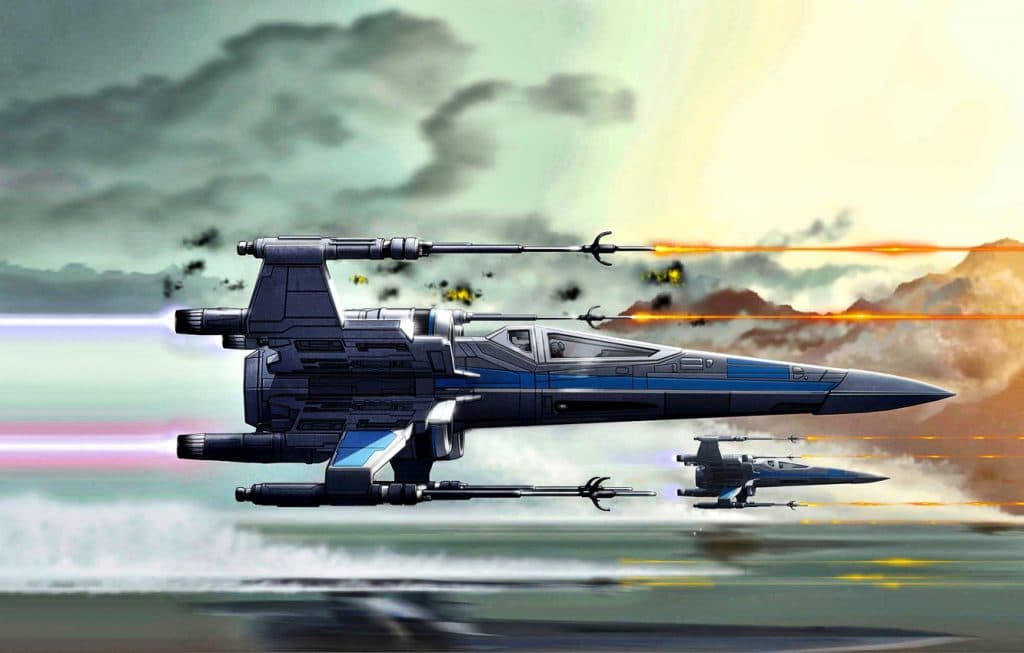 The X-Wings were used by the Alliance and later the Resistance for routine bombing missions. Armed with much better firepower and a hyperdrive engine, the X-Wing could serve as a long range reconnaissance, a scout ship, and even a bomber with very little modification. When you are fighting in a battlefield where time is a resource you cannot spend spuriously, the X-Wing can be prepared for any sort of role in the most minimum possible time. The TIE Fighter has several design limitations. It’s lack of a proper life support system and a hyperdrive engine meant that it was not applicable for long range missions. It had very little versatility and was only good as a point defense fighter. 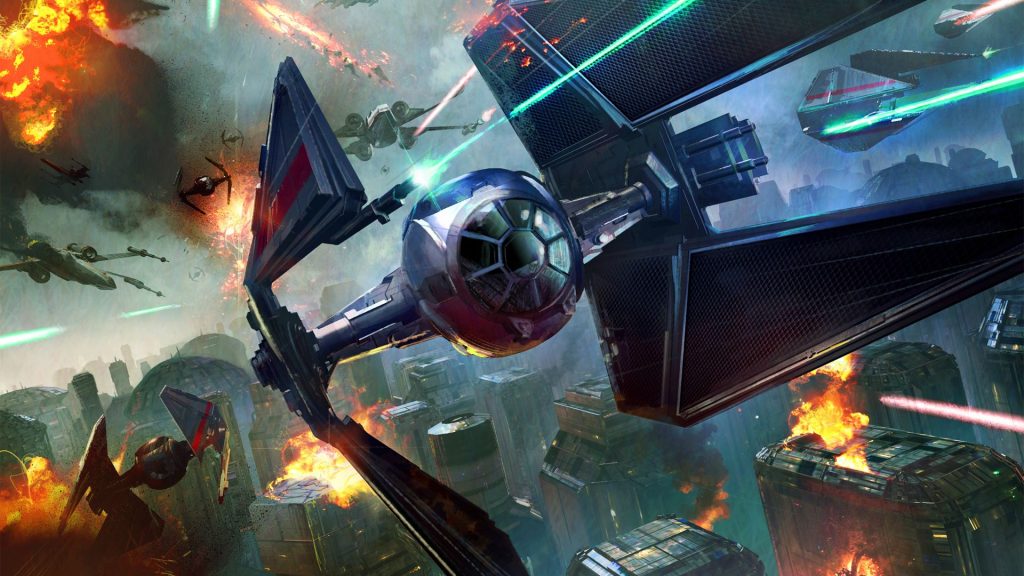 The TIE Fighter, in a lot of ways, was a flawed design. The Empire did a lot of trade-offs while coming up with it. One thing that the TIE Fighter gained at the expense of other abilities was the factor of speed. The Twin Ion Engine designed by the Empire was a revolutionary technology. In the vacuum of space, it gave the TIE Fighter incredible acceleration and speed. In a head on race, the X-Wing could never match up to a TIE Fighter’s speed. In comparison to the ships in the Rebel Alliance’s arsenal like the A-Wing and the X-Wing, the Imperial TIE Fighter was not as nimble but more than made up for it in speed.