In London, Sony hosted the “Fans First” event for the upcoming movie “Venom: Let There Be Carnage”. Along with the movie, the event also had another surprise for the fans. Tom Hardy along with the director Andy Serkis was also present at the fans’ first screening. 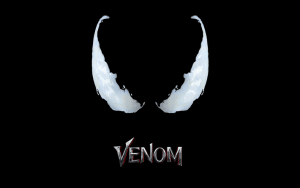 Tom Hardy asked the early viewers not to release any information about the movie, especially about the end credit scene. During the screening of the movie, the actor prefaced the screening and asked the fans to “promise” him that they will keep the end credits scene a secret in the theatre. And they will not reveal anything about it on social media.

This event was exclusively meant for Marvel moviegoers where they saw Venom Vs Carnage for the first time. After watching the movie, the earl viewers urged the fans to “stay until the very end”.

#venom #fansfirst OMG !!! this film was AMAZING!!! Keeping my promise to Tom Hardy tho you’ll get no spoilers from me 🤐 all I can say is… WATCH VENOM OCTOBER 15th !!!!!!! pic.twitter.com/1pKx1ZJED0

This comes after the rumors about Spider-Man (Tom Holland) crossover of the MCU- Serkis says “of course” that’s something that can happen. While Hardy told the audience, “This one’s for you.”

The spoiler-free early reactions from the viewers call the movie “absolute carnage” and “complete and utter perfect chaos.” Although there has been a reported leak, the viewers urge the audience to not miss the credits.

This is what several early viewers had to say about the movie on social media without leaking any spoilers!

Well I can wholeheartedly say @VenomMovie was absolute CARNAGE. I loved it so much! Thank you @cineworld for having us! 🖤♥️ #Carnage #venom pic.twitter.com/uSulFG2Wxs

So (NO REVIEW ALLOWED till Sept 30th) but #VenomLetThereBeCarnage was a fun movie that better in parts to the ORGINAL. #Carnage and woody harrelson steal the show I just love him. The action was pretty entertaining but there is 1 scene that will make u go 😱😱 in a good way 😉 pic.twitter.com/Nc8xP434QQ 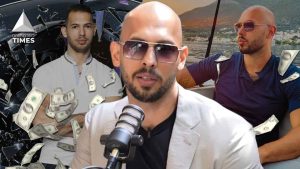