Tom Holland Has A Tearful Reaction After Watching Spider-Man: No Way Home Trailer

The latest trailer for Spider-Man: No Way Home is out now and lead actor Tom Holland has had a tearful reaction to it during a special event for the forthcoming Marvel Cinematic Universe film. Holland will be seen reprising his role of Spider-Man/Peter Parker in the upcoming film which is co-produced by Sony Pictures and Marvel Studios. Holland will return alongside other old Spider-Man actors like Zendaya, Marrisa Tomei, and Jacob Batolan, with Alfred Molina, Willem Defoe, Benedict Cumberbatch, and Jamie Foxx returning to reprise their roles from previous Marvel films.

Spider-Man: No Way Home Will Be Peter’s Biggest Challenge Till Date

Spider-Man: No Way Home will be the toughest challenge for Spider-Man to date. The film will continue from where the events of Far From Home left us where Spider-Man’s real identity was revealed by Mysterio. To tackle this situation, he seeks help from Doctor Strange to wipe out everyone’s memory of him as the superhero. However, the spell misfires and brings in previous Spidey villains from the multiverse into the MCU. Director Jon Watts has even compared the film to the likes of Endgame. With all this, the upcoming Spider-Man film is turning out to be one of the most ambitious Marvel films to date.

In a video by Collider Extras, Tom Holland told fans at an event to celebrate the launch of the latest trailer. The event took place in Los Angeles where Holland admitted tearing up while watching it. He later went on to reflect on this role that he has played since he was 18, before stating that No Way Home “is the most theatrical and cinematic superhero film to have been ever made.” Taking a lot of pride in working on the film, Holland told his fans that their enthusiasm means everything to him and thanked them all for their support and dedication.

Tom Holland has also recently talked about how playing Spider-Man has helped him in improving his self-confidence. Holland was cast in 2015, making his debut in Civil War and has since starred across three films before starring in No Way Home. If we believe Holland, No Way Home will give a conclusion to Peter’s story that started with Homecoming, revealing that the cast and crew treated the film as the franchise’s end.

Playing Spider-Man launched Tom Holland into wider recognition and has since taken a huge part in his career. Keeping all of this in mind, Holland’s tearful reaction after watching the trailer is understandable and has been shared by many fans. Holland’s portrayal has been loved by many fans, with Holland being seen as the best Spider-Man by many fans. Although Feige has earlier assured that Sony and Marvel’s relationship will not fall out post the release of No Way Home, fans are still worried about the character’s future in the MCU.

Spider-Man: No Way Home will hit the theatres on December 17.

Star Trek: Discovery Exits Netflix and Has A New Home on Paramount+ Globally From 2022! 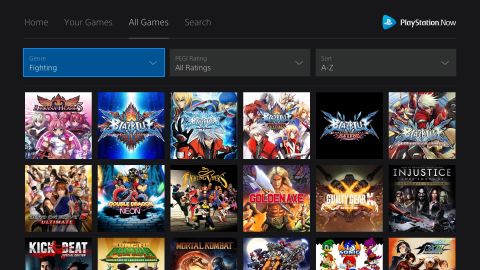 Read More
Many of the Black Friday deals have already started making rounds. PlayStation just revealed the PlayStation Store (US)…

Read More
The son of Odin, The god of thunder and The sole owner of Mjolnir, The all-mighty Thor had…

Read More
This weekend Hellboy will be back with a vengeance as it hit the theatres. If the film’s continued…