It was back in 2015 when Steve and Tony were discussing about what their futures held after the battle with Ultron.

After Thor leaves for Asgard, Tony tells Steve his possible plans – a quiet life for himself, maybe living in a farmhouse somewhere far off with Pepper.

As luck would have it, he did get to live that life, even if for a little while. After the snap happened, Tony retired; he took a “page out of Barton’s book” and lived in a secluded house with Pepper and their daughter Morgan for almost five years.

Steve had called it the “simple life” back then and Tony’s reply to that was “You’ll get there one day.”

And what do you know, after the events of Avengers: Endgame, when Steve left to bring all the infinity stones back where they belonged, he did end up living that simple life. He didn’t return to the main MCU timeline until years later (for him!), as an aging, old man, with a wedding band on his finger.

Tony Stark: The Prophet; who would have thought!

Steve was wary of the thought of living that life back then. Maybe on the grounds that it was not, at that point, possible for him to have that with the person he wanted to live this life with – Peggy Carter. Nonetheless, as destiny would have it, he was allowed the chance to have exactly that toward the end of Avengers: Endgame. 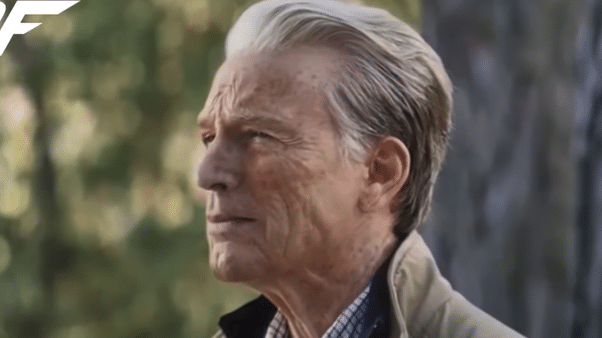 At the end, when an old Steve Rogers gives Sam his Captain America shield, passing on the proverbial mantle, he tells him he tried “some of that life Tony was telling me to get.” Sam wasn’t privy to that conversation, but the sentiment was clear.

Even though there was a rift between the friendship Tony and Steve shared after Captain America: Civil War, they had managed to re-forge their bond while working together to revert the damage Thanos had done. Maybe their relationship was not as good as before; but they still had respect for each other, they still cared for one another.

With Tony gone, maybe that was Steve’s tribute to his friend, to live the life he envisioned. To maybe prove that it was possible for him to have the simple life too, as Tony had predicted.

And the audience definitely agrees.