Home
Lists
Top 10 Best Actors Of 2019. How Many Positions Did The Marvel Guys Nab? 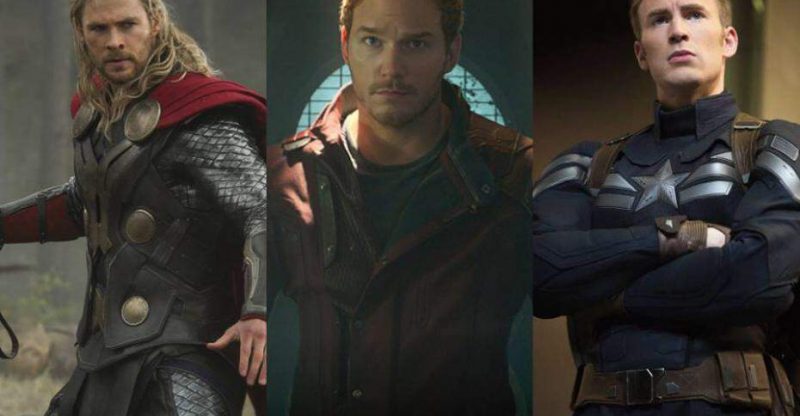 Just a few weeks left to 2019. Which means that now there will be a barrage of Best List posts and Throwback posts. One of the most common lists is the Best or Top actors list. There are lists made for both female and male actors. A lot of things like their yearlong achievements, attractiveness, movie and tv show releases, attractiveness, any charity work, attractiveness is considered as a criteria for these lists. One of the most popular male top actors list is made by Tumblr every year. While these are pretty predictable, but there were a few surprises this year.

MCU’s Thor was placed 7th in 2018’s Top Actors list by Tumblr. But it looks like his charm (and muscles) couldn’t save him from a 3 spot fall. Hemsworth was seen this year in the highest grossing movie ever- Avengers: Endgame. His role as bro-thor from the hunky chiseled Thor did give rise to varied discussions. Apart from that Hemsworth also starred in Men In Black: International along with his MCU co-star Tessa Thompson. Another thing which generated a lot of buzz was Hemsworth’s role in the next Thor movie titled Thor: Love And Thunder.

Rami Malek had a really memorable 2019. He inaugrated the year with his blockbuster biopic Bohemian Rhapsody which was based on the life of Freddie Mercury. The movie gained steam especially after Malek won the Oscar for Best Actor for that role. Apart from that, Malek has starred in the fourth and final season of Mr. Robot which is a hacker drama.

Most people don’t really know this, but Michael Sheen once played the leader of the Volturi, Aro in the Twilight Saga. But that’s long gone. He is now starring in Good Omens as well as in Prodigal Sons. Sheen stars as Martin Whitly in Prodigal Sons. He is a Hanninal Lecter-esque serial killer who advises his private investigator son (played by Tom Payne).

Doctor Who David Tennant has always been a popular tumblr celebrity but 2019 saw him enter the top actors list after a long time. What brought him back was his role as Crowley, the rock-and-roll angel to Sheen’s Aziraphale in Good Omens. Along with that, Tennant also voiced Scrooge McDuck on the Ducktails reboot.

He portrayed Roger Taylor in the Bohemian Rhapsody. That’s his major claim to fame this year, but Hardy has been in many other projects. He is most known to tumblr users for playing Archangel in X-Men: Apocalypse. That’s not all. Hardy will be appearing in a prominent role as part of the ensemble cast of 6 Underground. The Netflix action flick will be directed by Michael Bay, with a cast that also includes Ryan Reynolds and Dave Franco

This one is a no-brainer. Mr. Iron Man himself had to be on this list or it would have been a crime. Iron Man’s tragic death in Endgame made everyone tear up and propel him to the 5th spot on tumblr’s top actors list. Apart from that, Downey Jr. also made headlines for his ambitious plan to invest in robotics and AI projects to help clean up earth.

Tom Hiddleston is definitely one of the most talked about actors on Tumblr. This isn’t the first time he has been featured on the top actors list. Actually this is Hiddleston’s second year running in the same spot on the top actors list. He is a fan favourite for his portrayal of Loki Laufeyson. Even though Loki was in Endgame for just a few seconds but that was enough to lead to speculation regarding his whereabout, which culminated in the Loki limited series. It is set to debut on Disney+ in early 2021.

Sebastian Stan’s Bucky (along with his beau Captain America) is one of Tumblr’s more beloved non-canon pairings. So it was natural that he would get into the Top Actors list for 2019. While Bucky did play quite a small role in Endgame but that didn’t stop Tumblr’s fan community from loving him any less. What puts him in the number 3 spot is also the fact that he will reprise his role as Bucky Barnes/The Winter Soldier in the upcoming The Falcon and the Winter Soldier limited series.

No top actors list can be complete without MCU’s Captain America. Chris Evans rose one spot from last year’s top actors list and we bet it was because of the bittersweet ending which Steve Rogers got. But Evans’s year didn’t end with that. His latest movie Knives Out is also earning a lot of critical acclaim.

Tom Holland has held onto the number one spot in Tumblr’s Top Actors list for two years in a row now. It’s easy to see why Tumblr loves him. Holland’s Spider-Man made Endgame memorable with his connection to Iron Man. But that’s not all. He even starred in his own solo adventure Spider-Man: Far From Home a month later. 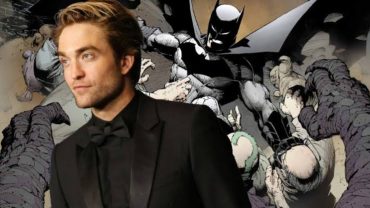