Anya Taylor-Joy is perhaps one of the leading stars of Hollywood. She has worked in movies like Last Night in Soho and shows like The Queen’s Gambit. These are her top 5 film and TV roles, rated on Rotten Tomatoes. 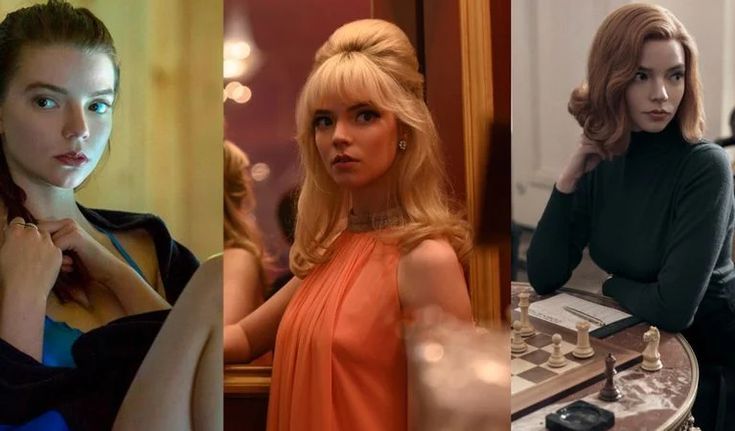 In between 2010 and 2020, there have not been many actors who showed up to be as impressive as Anya Taylor-Joy. Being 25 years old, she managed to grab opportunities to work in some really high-touted films and shows. Even when she delivered films with not that great reviews, her performance got all the praising and appreciation.

With the release of her new Netflix series, Taylor Joy’s popularity is now touching milestones. This is what makes it the right time to highlight her top 5 film and TV roles, rated on Rotten Tomatoes.

Critics called The Queen’s Gambit the best thing that was released in the year 2020. This is what echoes loud how spectacular this series is. The miniseries is based on a novel by Walter Tevis that revolves around an orphan who later becomes a chess prodigy. Set in the timeline of the 1960s, the story later discovers that her chess skills come with a price. While the series is rated at 96% on Rotten Tomatoes, Anya Taylor-Joy’s role as the lead character, Beth Harmon, was highly magnetic.

Netflix’s Peaky Blinders has continued to receive multiple praising and critics ever since its release in 2013. Based on a story from England during the First World War, the show revolves around the Shelby crime family. It features Tom Hardy, Cillian Murphy, Sam Neill, Sophie Rundle, Sam Claflin, and Helen McCrory. However, Taylor-Joy joined the cast in season 5 as Gina Gray. The series is rated at 92% on Rotten Tomatoes.

The 2015’s release, The Witch, was Anya Taylor-Joy’s breakout in the industry. While movies like Split helped her to reach a wider audience, The Witch was certainly her first true role. Directed by Robert Eggers, the film is quite a supernatural horror story that is set in the timeline of the 1630s, which gives chills to the viewers. Anya Taylor-Joy played the role of Thomasin, a girl who sees her brother getting disappeared while playing a game with her. With that being said, the film is rated at 90% on Rotten Tomatoes.

The Dark Crystal: Age of Resistance

It was Frank Oz and Jim Henson in 1982, who delivered The Dark Crystal to the audience. The animated film remained a classic and viewers loved how the 2019 series adapted the original product. With that said, The Dark Crystals: Age of Resistance premiered as a story of three Gelflings to attempt to save their planet. Taylor-Joy gave her voice to Brea, one of the main characters. The series is rated at 88% on Rotten Tomatoes.

While this film failed to rank higher on Rotten Tomatoes, Thoroughbreds is perhaps one of the greatest films of Anya Taylor-Joy. She reprised the role of Lily Reynolds in the film and it managed to get a rating of 87% on Rotten Tomatoes.