Sometimes movies do takes us to the deepest and darkest of nightmares. When that happens, we start losing our connection to reality. We stop feeling.

The following movies are so traumatizing that we are forced to believe the people who came up with it are closet psychopaths. Not even the Joker is capable of such extreme barbarity.

The following scenes are not even human. They are extremely disheartening so we suggest you enter at your own risk.

Still here? Well if you are not the weak of heart, scroll down and feast your eyes. 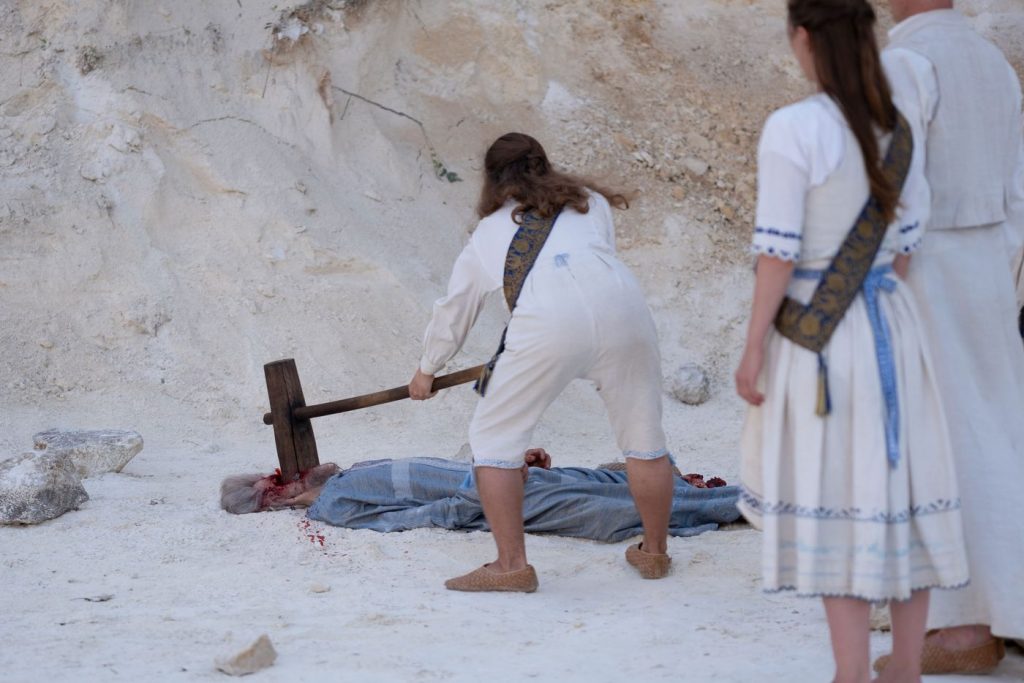 In Midsommar, we are exposed to the idea of how seemingly harmless communities can become deadly cults.

The entirety of the movie is so slow and morbid, to begin with.

The first half literally has no progression. But then the latter part of the movie shows us human cruelty in all its glory.

There is that one particular scene that will forever be etched onto our retinas.

One of the Town Elders sacrifices himself as part of a ritual by falling off a cliff.

When he does not die, another cult member with a huge hammer comes in to finish the job, by bashing his skull wide open.

Black Swan was a show stopper at many international award shows for a reason.

It relied on subtle and consistent horror, something Hollywood rarely uses nowadays.

The movie was full of scenes that kept us at the edge. One such scene involved Natalie Portman’s character realizing she is sprouting feathers from her back.,

When she starts plucking them, her knees suddenly break and bend the wrong way.

It is the sound of the3 bones cracking and grinding against each other that made us throw up.

The 2013 Evil Dead Reboot received a lot of flak. But it has got some really awesome moments of blood and gore.

In the scene we are talking about, Olivia is possessed by a sinister entity.

She slashes her own face and then goes on to stab Eric with a hypothermic needle.

Stabbed right below the eye, the needle is slowly pulled out by Eric in a scene that screams you to stop looking. And yet you are compelled to keep watching. 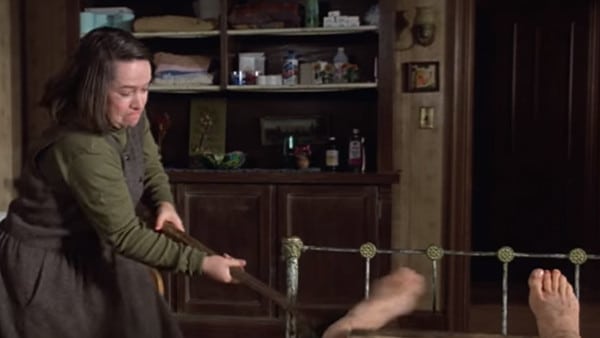 Probably the most horrifying scene in any Stephen King movie, Misery has an ensemble cast that gave a stellar performance.

Annie is a rabid fan, a fanatic even of Paul’s literary works. When Paul tries to escape her house, she catches him and then to stop him from repeating it, smashes his feet with a sledgehammer.

The sound of Paul’s feet crackling under such tremendous force is nerve-racking.

Poltergeist – The Face Peeling Off Scene 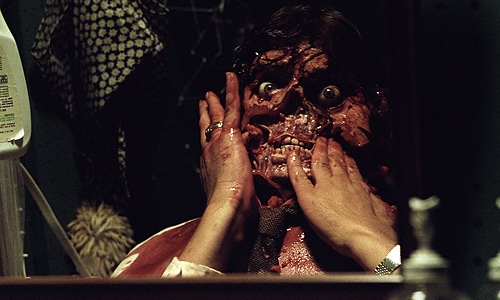 Last but not the least, we have Poltergeist, a movie that every horror fan from every generation should watch at least once.

There are tons of scenes to keep you wide awake for nights.

Our personal favorite is when Marty is in the bathroom and starts hallucinating.

He sees he is peeling off chunks of his own face. We can see his skull popping out. He continues peeling his face off until snapping right back to reality.