Here’s why most of the audience thinks well-known TV shows like  “Arrow”, “The Walking Dead,” and others either outstay their TV shows welcome or ended up becoming quite a joke of themselves.

One of the Redditors questioned the community about how many shows started something they loved and adored but they eventually turned into something unbearable and sometimes annoying and evil.

Here are a few of the reasons Redditors gave that made their favorite shows “unwatchable.”

The plot of the movie revolves around Sheriff Deputy Rick Grimes waking up from a long-lasting coma to come to terms that the world is in complete ruins and must survive to stay alive.

‘Heroes’ – One of the wasted TV Shows opportunities

The synopsis of the TV Show: When some very ordinary people go on to bafflingly develop superhuman capabilities, they ultimately use their superpowers to prevent calamities and thereby, save humanity from total destruction.

The TV Show revolves around a wanted fugitive who surrenders himself in mysterious circumstances to the FBI, offering to help them capture dangerous and deadly criminals. He only has one condition- he will work only alongside the new profiler, Elizabeth Keen.

The plot of the CW show shows that after Oliver Queen mastered archery on an entirely deserted island, however, millionaire playboy Oliver Queen returned to his city and took on the vigilante persona of Arrow to fight corruption and crime. 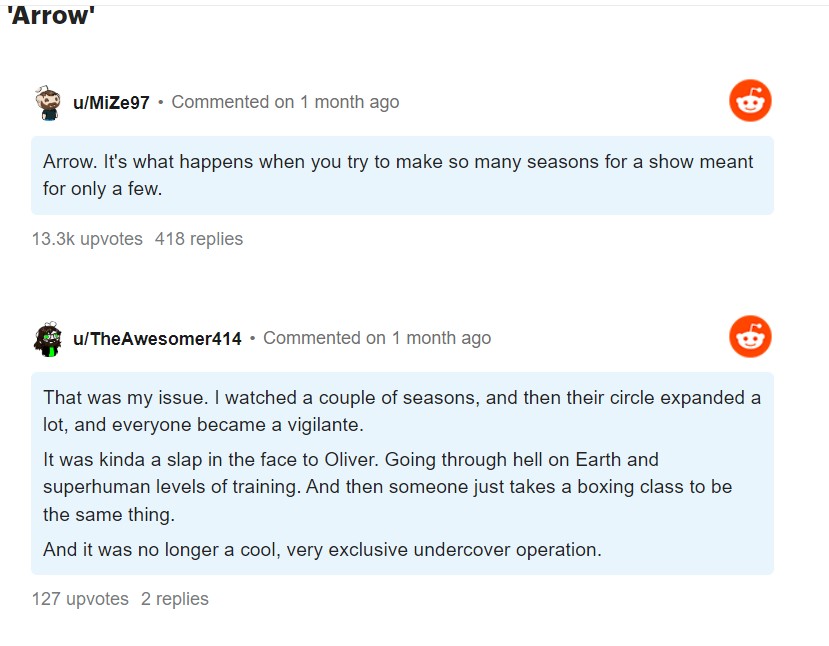 Based on novelist Castle’s novels, when a psychopath commits murders, Detective Beckett is called on the case to solve the case. Nathan decides to work with her, using his personal experiences as research for his novels to the case.

The TV Show revolves around Nancy Botwin but post the death of her husband, Nancy Botwin sees an extremely profitable business in dealing in marijuana/weed to all the local clients in the city. However, money comes in with its own problems.