There have been plenty of times when people thought Superman was a Marvel character and Avengers were a DC team. These kind of goof ups are always funny to hear about. If you are interested in another such story then read on:

The Story Begins With Football…

The field was set. Ohio State University’s football team was up against the Penn State Nitany Lions on Saturday. There were two possible outcomes to this- winning or losing. But the biggest news to come out of the game was a bizarre superhero reference from one of the  announcers.

Joel Klatt was on the call for this Big Ten rivalry game and things were proceeding smoothly. But his one statement made him fodder for Twitter. While praising Ohio State’s defense he said:

“To throw the ball down the field is virtually impossible against Superman and the Avengers.”

You might think that it was an innocent mistake but Twitter wasn’t going to let this opportunity go. So before long there were a lot of people who were on this man’s case for this mistake. This little statement caused so much online drama that it almost overshadowed the end of what was an entertaining game.
Check out this tweet below:

“Superman and The Avengers”.

But Klatt wasn’t going to back down from this twitter storm as well. He commented on his twitter:

“Gotta be honest…not gonna lose much sleep over a failed comic reference. If you’re confused – join the club. If you think I’m dumb and this is funny – I agree. If you’re upset – get a life #SupermanandtheAvengers”

Apparently everyone clowning on Klatt for confusing a DC character and a Marvel team made him a little too defensive. In a later tweet he clarified that he was planning to use the phrase in next week’s game. Honestly, it’s hilarious and we hope he keeps on doing this if for nothing else then to simply dunk on those people who have nothing better to do.

Since we are already talking about DC and Marvel, how about we see which company has the better villain? After all, Thanos can return to the MCU. 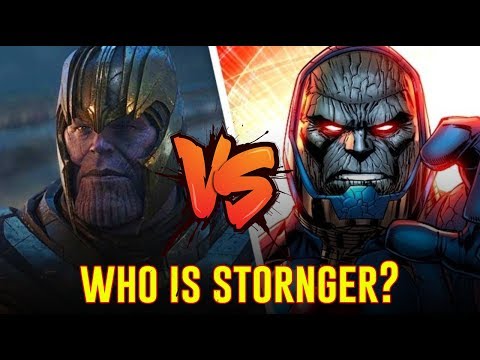