In the season finale of Marvel and Disney+ series Loki, Sylvie opens the gateway to a whole lot of possibilities. Now since the timeline is not in control of the Time Variance Authority (TVA), every new possibility could become a reality. 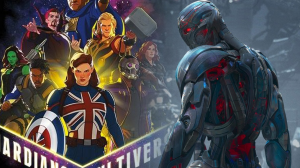 To cover all the alternatives, Marvel Studios have launched a new animated series What If…?. The plot of What If…? tries to cover up some of the new possibilities throughout the MCU’s timeline. The very first episode shows that any decision made by a person can change the timeline.

Now, there appears a theory that explains and reflects that Ultron from Avengers: Age of Ultron might return as a prominent villain in Marvel Cinematic Universe Phase 4.

What If…? First Episode Explained 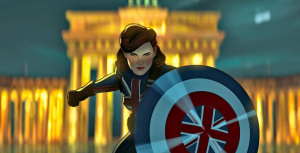 The first episode of the Marvel and Disney+ series What If…? got aired on 11th August this year. It prominently answered the question, “What If Captain Carter Was The First Avenger?” The episode is somewhat based on Captain America: The First Avenger just that in place of Steve Rogers, it was Agent Carter who takes the super serum. As a result, Captain Carter joins HYDRA Stomper that is piloted by Steve, and destroys their plans.

Guardians Of The Multiverse 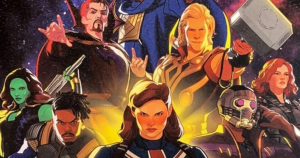 Now since TVA has lost control of the timeline, old characters from the franchise could come back either to save the world or to take revenge. That is why MCU fans wanted to have all episodes unite together to tell a single narrative story. But the makers have had planned something different. With that said, the poster above reveals all the new characters that might show up as a team with ‘Guardians of the Multiverse’ as their name. It will include Captain Carter, Party Thor, Black Widow, King Killmonger, T’Challa as Star-Lord, Dark Doctor Strange, and Gamora.

Ultron As A Multiversal Villain 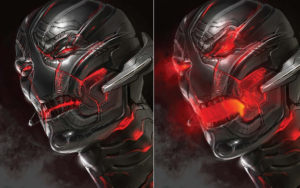 Ultron has appeared so many times in Marvel Comics including the 1977 release What If…? So it will not be any surprise if he appears as the primary antagonist in the series as well. Many scenes from the trailer explained this theory could be true like Killmonger holding a robot’s head and Party Thor fighting with a familiar robot. Thus, all these scenes and concepts point towards the possibility of Ultron’s return as a multiversal villain in the show.

What If…? Ending Explained 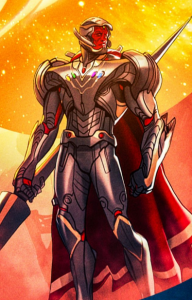 If What If…? goes as per its comic version, the ending is pretty much obvious. In Secret Wars (2015), different worlds merged together to form the Battleworld. There, the heroes trapped Ultron with the Marvel Zombies but no victory emerged. In the series, it could be the Guardians of the Multiverse that will fight against Ultron’s army.