Confusion over the movie Uncharted

There has been so many talks surrounding a live-action Uncharted film over recent years. As a result, no one can actually pinpoint exactly what is going on.

However, the latest buzz is that there is a movie in the pipeline from director Dan Trachtenberg and Sony Pictures. Earlier the film was once being written by Joe Carnahan, who has worked on The A-Team, Smokin’ Aces, and The Grey. The production company had then approached Ryan Reynolds to play Nathan Drake in Uncharted Film.

Also Read: The Real Reason Why (Some) Men Are So Angry About Captain Marvel

Ryan Reynolds fits the role of Nathan Drake in Uncharted film perfectly and the idea of Reynolds taking on the role of Drake excites many of his fans who would love to see him in that role. Even in a sarcastic tone, people would buy it. In a recent interview with DiscussingFilm, Carnahan touched on past projects, including his scrapped Uncharted film.

Reason why his role was scrapped:

Carnahan said that Reynolds was “very close” to play the role of Nathan Drake. But, he was taken out of consideration due to Deadpool, which became been a huge success since the first film released.

I thought the script was great and a lot of fun. However, that isn’t the script that will be used for the final product, but it’s possible that some pieces could find their way in. 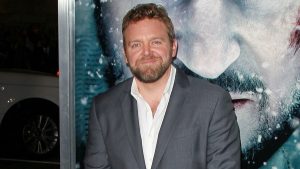 It has definitely interested to think of a world where we could have seen Reynolds playing Nathan Drake. The director also talked about the massive opening sequence that was part of his script, which involved Aretha Franklin, a ski lodge, and was a very Uncharted-like thing to happen. This makes us imagine what that would have been like.

Status of the movie:

The status of the Uncharted movie is confirmed now, and script is under progress. Trachtenberg is going to direct with Tom Holland filling the shoes of a young Nathan Drake. However, there is no word yet about the film’s expected day of release.