US Agent is set to make his official MCU debut with the Disney+ series The Falcon and the Winter Soldier. John Walker is a more hardliner and extremist version of Captain America. He is grittier and bloodier than Steve Rogers could ever be. Over the years, his costumes have reflected his ever-changing ideals. 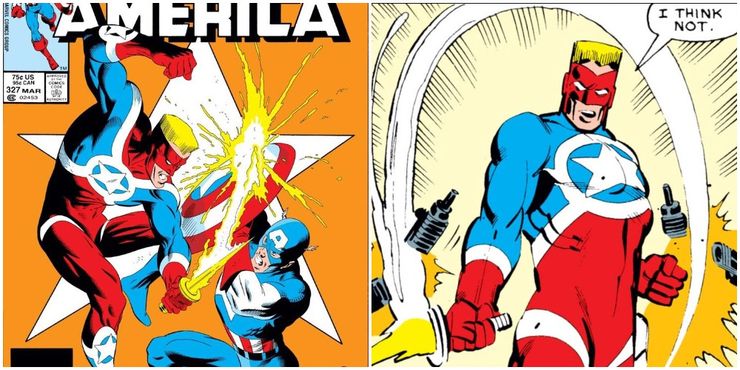 Super Patriot was John Walker’s first alias as a superhero. Right after he finished his military service, Walker was suggested by his agent to use his pro-wrestling talents into becoming a vigilante. He decided to adopt the name of Super Patriot – the true American Hero who stands for true American Ideals. Captain America and Super Patriot got into conflict with the latter facing a humiliating defeat. His bright red and blue costume is probably his most memorable one. 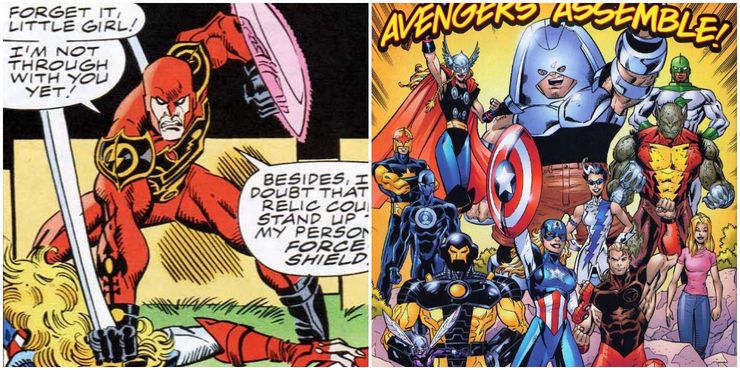 In the alternate history story arc Avengers Next, the world is a very different place. The Avengers no longer exist. The Avengers Mansion is a museum. When the building is attacked, Jarvis the Caretaker sends out a distress signal. A superhuman police force group known as the Thunderguard answer the call. The leader of the team is John Walker. He does not wear his classic dark blue suit this time. Instead, this hardliner Super Soldier prefers red suit that comes with a Gestapo symbol on the shoulder pads. He calls himself the SS Agent. 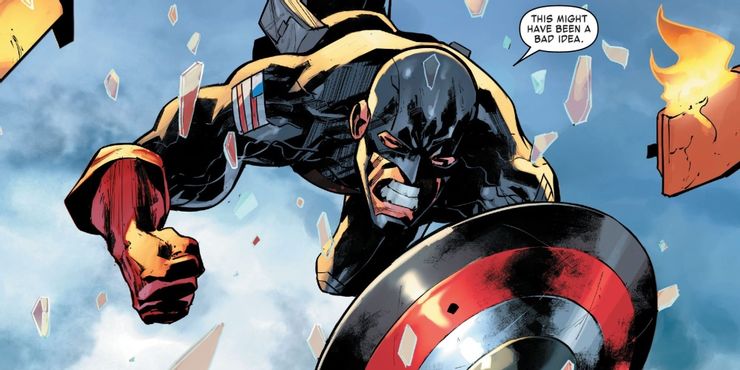 Force Works, the infamous Superhero group led by Iron Man, was reinstated in 2020. US Agent and many other superheroes joined the rag tag group. They were taken to the South American Nation of Lingares. On their way, their plane crashed and US Agent was forced to fight an army of Deathlok robots. Teaming up with MODOK, he managed to fend off the enemy and save the team. SHIELD would later swoop in to try and get their hands on the schematics for the revered Deathlok project. It is believed that John Walker handed them a blank flash drive. Only time will give us that answer. 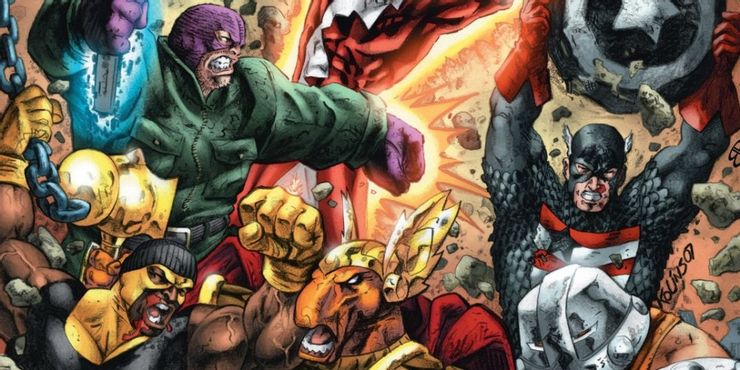 During the Civil War event, Tony Stark was made the Secretary of Defense. He instructed US Agent to act as the US Liaison to the Canadian Superhero team Omega Flight. Tony feared that superhumans who did not want to register themselves would flee to Canada. US Agent was tasked with retrieving the people who fled and handing them over to American Authorities. Walker refused at first but when he heard his old nemesis Purple Man was running amok in Canada, he could no longer resists the urge. 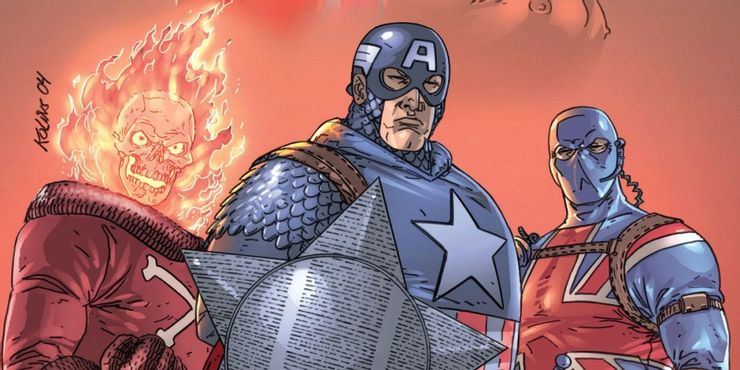 The classic Marvel superhero team would return with John Walker aka US Agent, Union Jack, Android Human Torch, and Namor the Submariner as members. US Agent would wear a costume that also had the colors and design of the Star Spangled Banner. His shield was made to look like a five point star. He even wore cargo pants and army grade shoes to complete a more militaristic look. Walker started forcing people to address him as Captain America. He soon got into a legal battle with Steve Rogers over the use of his superhero codename.