There is a lot of excitement for Venom : Let There Be Carnage among fans and all for the correct reasons. One additional thing to look forward for the movie is the fact that Venom is set to introduce Marvel’s version of Arkham Asylum  that is “ Ravencroft Institute”.
Sony achieved lot of success with the first Venom’s box office performance and they decided to go ahead with more movies related to Spider-Man.
The first Venom established the main characters particularly focusing on Eddie Brock played by Tom Hardy. With the sequel releasing later this year, the production house is looking forward to expand the franchise’s universe.
With the first look at the Venom 2 trailer, Sony has confirmed that there are many Spider – Man lore that would be a part of this movie. There are several sequences at the Daily Bugle and even  a newspaper that was seen in Sam Raimi’s Spider – Man trilogy is seen in the trailer ; well that certainly is a nice Easter egg for the fans.
However the very important location revealed in the trailer is that of Ravencroft Institute for the Criminally Insane which is actually Marvel’s version of Arkham Asylum.
But the Ravencroft Institute is shown on fire. So maybe it can be assumed that it gets destroyed for good.

The history of Ravencroft Institute was established in 2020 in miniseries by Frank Tieri. It was a large sanatorium in Westchester County, New York.
The land where the Ravencroft Institute was billed was seen as cursed land by the local tribes before the 15th century and was claimed as the territory of a cannibalistic cult that worshiped the dark God Knull. Even the original Captain America died on the same grounds during the American Civil War. In 1891, Skrulls landed in the region to begin an invasion on Earth.
Dr. Jonas Ravencroft founded the institute with maximum security facility for the criminally insane. This is just a short introduction about the history of the land.  So it is safe to assume that The Ravencroft Institute has a twisted and insane history.

The institute was first introduced in the Spider-Man comics in the 90s when they became quite dark. Many villains from Spider-Man would be often sent to the Ravencroft Institute.
But in certain incidents, Spider – Man himself ended up at the institute and was even put on a trial by Dr. Judas Traveller . 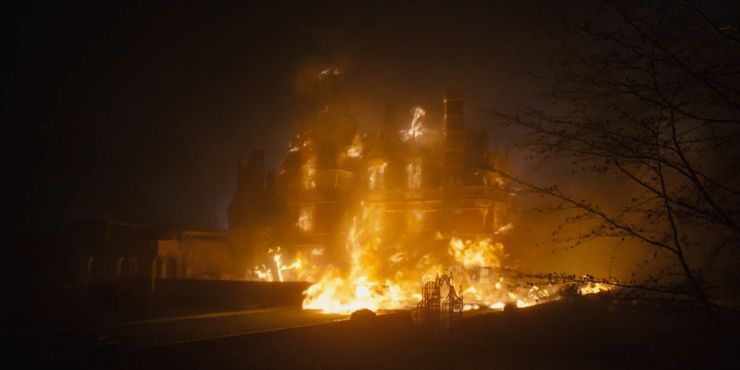 Since Ravencroft Institute was the house of villains with such power, it had been destroyed with over many times. The current director of the institute is Norman Osborn or popularly known as the Green Goblin. He is using the base of the Institute as a center of his experimentation just like Mr. Sinister.
However, the Venom 2 trailer could have showed the Institute destroyed but it can be obviously rebuilt for future films references.
We would love to see more history about the spooky Ravencroft Institute.