The Venom Symbiote has done terrible things in the past to its host and people. Over the years, there have been dozens of characters who have fallen prey to the Venom and today we have organised a list of five characters who went on to become Venom in the Marvel Universe. 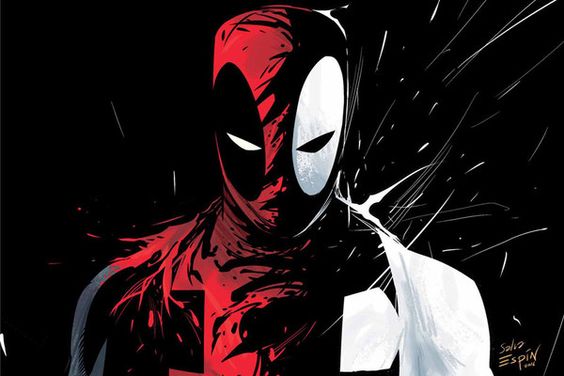 During Secret Wars in Deadpool, it’s implied that Wade Wilson had bonded with the symbiote just before Spider-Man.
After Peter removed himself of it, the symbiote went in search of a new host. Before Brock, it finds Wade and the pair did a number of adventures together before the symbiote resumed its normal programming and found Brock.
Nevertheless, this means that Deadpool has been Venom before. 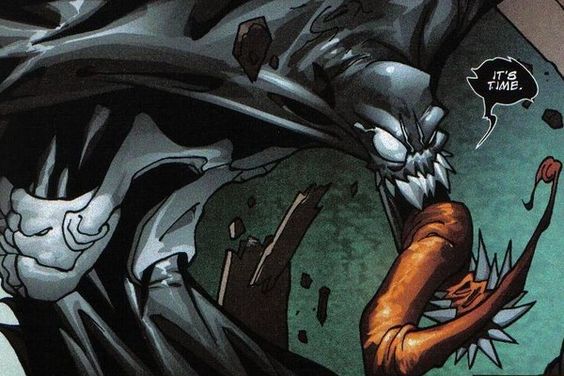 She went by the name She-Venom and happened to look the most terrifying among all Venoms.
Robertson is a US army lieutenant who travels to a laboratory only to find that everyone has been killed by the symbiote. The Venom symbiote initially possessed Wolverine but ends up with Patricia who then, travels to New York to kill Eddie Brock. 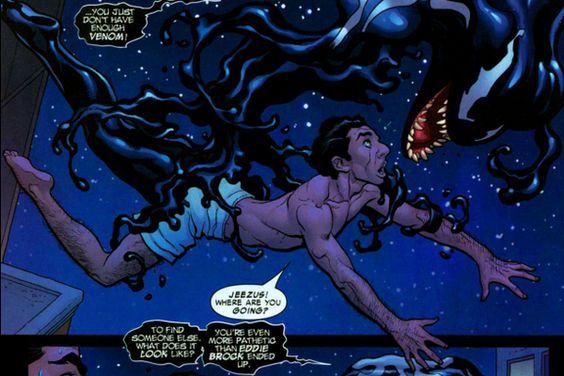 He wore the symbiote briefly but made a great impact during that time. Angelo was the son of a mafia who neither had the brains or courage to help his family in their criminal activities. His father bids for the Venom symbiote with a hope to change his son. Angelo bonded with the symbiote in no time which gave him all the memories of Peter and Eddie, as they had worn the symbiote earlier.
Angelo went to Peter’s school to kill him where he accidentally murders a Spidey impersonator. This made Spidey angry who beat the living hell out of Angelo. Angelo then, separated himself from the symbiote in mid-air and died of hitting the pavement. 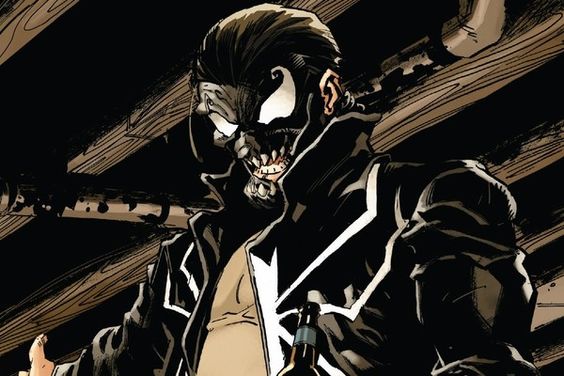 Lee Price was really nasty who bonded with the symbiote in h the wake of a gang deal gone wrong. Price managed to bend the symbiote to his own will, killing everyone who uncovered his secret and eventually got involved with FBI. After his cover got blown, FBI roped in Eddie Brock to find Price.
Price returned as Maniac and Spiderman had to literally rip the symbiote off Price by desiring to wear it back himself. Obviously, he didn’t do it but it became a memorable event as it saw Peter and Eddie teaming up against Price. 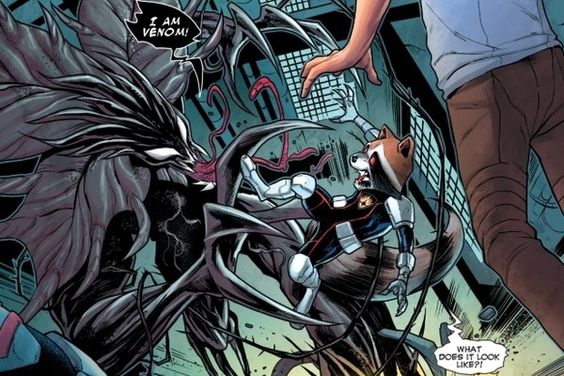 During the storyline where Flash Thompson became a Guardian of the Galaxy, Flash decided to return back to his native place, a planet which is populated with Klyntar.
Groot became the first guest for the host as he turned into a tree-Venom, who utters nothing other than “I am Venom”. This is followed by the possession of Rocket and Drax, who turn into terrifying beings. The storyline also explored the origins of the symbiote and is a must read for all Venom fans.