Eddie Brock’s Venom made its debut in 1988’s Amazing Spider-Man #300 with his huge tongue and razor-sharp teeth and went on to become one of the most terrorising figures of the Marvel universe.
Though Venom became Agent Venom under Flash Thompson’s control but Eddie Brock returned to dawn the symbioate again to celebrate Venom’s 30th anniversary in a new series from Donny Cates and Ryan Stegman.

In this series, the symbiotes are shown as never before; as military weapons, a giant symbiote dragon and the God of symbiotes. Marvel also changed Venom’s look and have made it look extra creepy with a new symbol and an alien language. 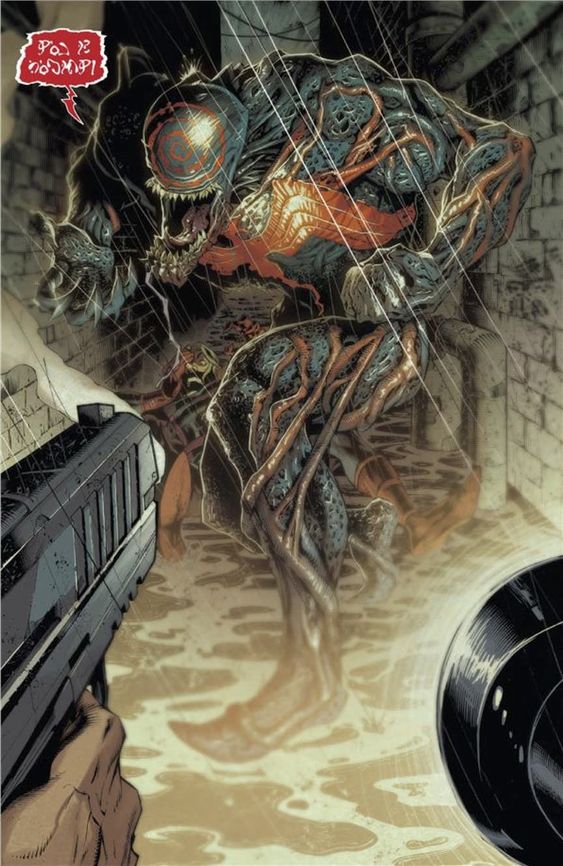 We had our first look in the first issue where two policemen tries to catch Eddie as he took down Jack O’ Lantern. The officers fire at him and he tries to control Venom but fails. The Klyntar didn’t listen to Eddie and came out to face the policemen in his new look.

There’s no white spider emblem and it has been replaced by a red dragon with a swirl symbol. This is accompanied by a weird red colour scheme and an alien language. This became so popular that Marvel chose it as the cover for its second printing. As the comics have revealed until now, Venom would take on this look whenever it was in the presence of symbioate God, Knull. This prevented Eddie from controlling his other half.
While the symbioate dragon unleashes horror to New York City, Venom prepared himself to deal with him. But he wasn’t the only one to do so. Miles Morales swung into the scenario but had to learn things the hard way. 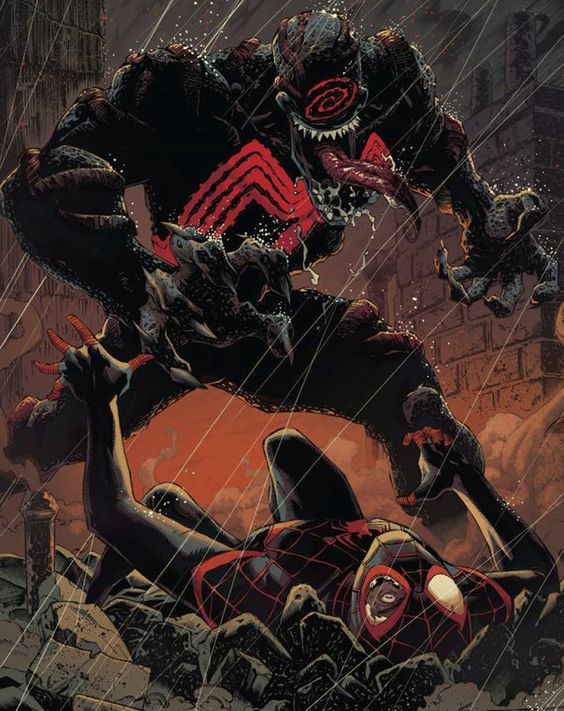 Venom is already dangerous when he’s under Eddie’s control but if the symbioate takes over completely, he can pose a challenge to anyone who comes in his way. We see Miles and Venom eventually putting their differences apart but we might see Marvel keeping the new Venom around for a long time because Eddie has to find a way to reunite with his other half and get rid of Knull’s control.