Appearing for the first time in 1988, Venom was the dark reflection of Spider-Man. He immediately resonated with the fans. As the Venom Symbiote took over various hosts, Venom evolved into a fierce force for good. He also seems to have a great many powers.

Animated Times has come up with some of his coolest powers. Even though most of Venom’s powers are based on Spider-Man, the Symbiote also gives the host some unique and cool powers. Some of the Symbiote’s abilities are far greater than anything Spider-Man could do. We have trawled through Venom’s appearances in comics, movies and TV to come up with this list of his top 12 coolest powers. 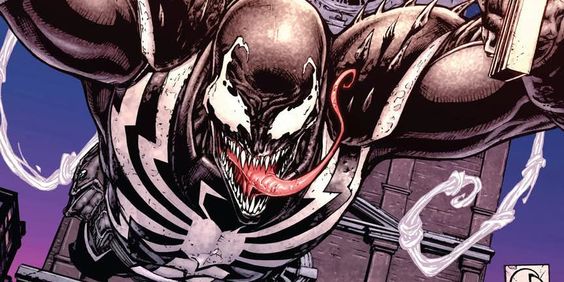 After the events of 1984’s Secret Wars and bonding with Peter Parker, one of Venom’s most useful and yet tame abilities is, pockets! Whenever Parker would pick up small items like his wallet and camera, the suit would create “dimensional apertures” to store them while maintaining the suit’s sleek and aerodynamic look.

Flash Thompson used them for more tactical purposes. He willed them to create visible pockets to store weapons, ammo and anything he might require for his government work. 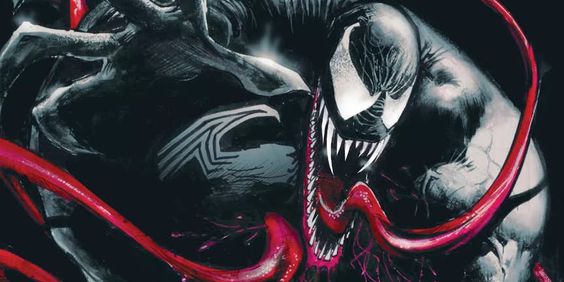 Although not part of his original design, Venom’s tongue is probably the most famous tongue in comic book history. Erik Larsen introduced it in 1991’s Amazing Spider-Man #347.

Not only does Venom’s tongue add to his menacing look, it is quite lethal. In 2004’s Venom #11, Eddie Brock’s Venom defeated Thing from the inside using his tongue. After that battle, Mania, a clone symbiote was created by using his tongue. 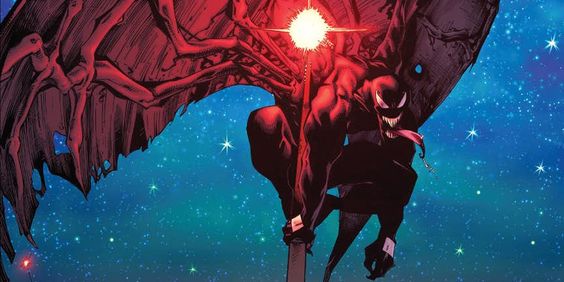 After encountering Knull, the God of the Symbiotes and merging with him, Venom sprouted a huge set of red wings to save Brock and Miles Morales’ Spider-Man from crash landing on to Earth.
Even before this upgrade Venom would occasionally form wings to glide. 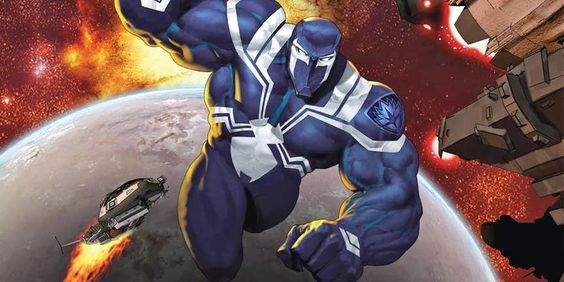 After rebelling against their creator, several Symbiotes bonded with great warriors from across different worlds and gathered to form the Agents of the Cosmos. This was formed as an intergalactic peacekeeping force.

While working for the Agents in the Venom series of 2015, Flash Thompson’s Venom received a kind of cosmic awareness called the “voice of the Cosmos”. This informed him where his help was needed. After the Venom symbiote left Flash, this ability was presumably lost. 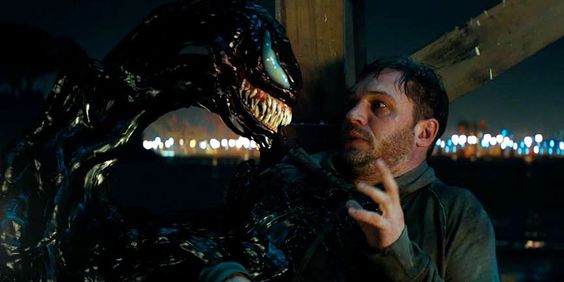 After encountering the Agents of the Cosmos for the first time, Venom developed the ability to sustain an independent humanoid form. Although it looks roughly like a human, it has a body, menacing teeth and can be sustained for 12 hours. 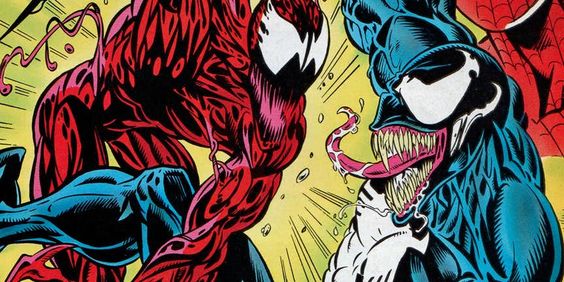 Like the other symbiotes, Venom too can reproduce by himself. Unfortunately for Venom, all his symbiotes hate him and want to kill him. In the much appreciated 1993 crossover “Maximum Carnage,” Venom teams up with Spider-Man to defeat Carnage, his most famous offspring. 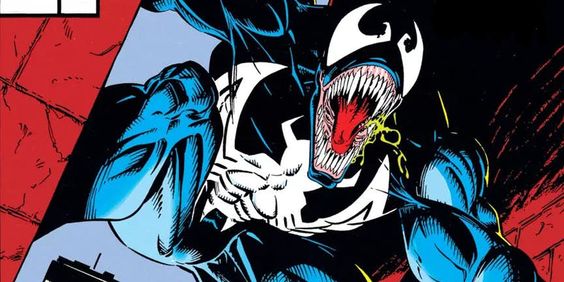 When the Venom symbiote bonded with Peter Parker, it absorbed most of his abilities. These abilities have been passed down from host to host.
Apart from getting Spider-Man’s speed and agility, Venom also has the ability to crawl on walls. 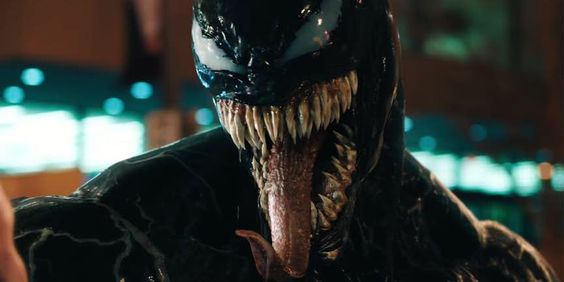 Although he is called Venom, Venom is not by nature a venomous character. His menacing jaws and teeth are used mostly to scare his enemies and every now and then eating a few.
In Peter Parker: Spider-Man #16, Eddie Brock’s Venom takes a bite out of the seemingly impermeable Sandman. This renders Sandman unable to hold himself together and ultimately disintegrates. 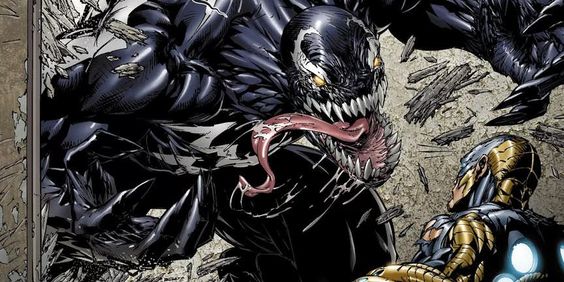 Depending on his current host, the Venom symbiote could be a sleek profile or a hulking monster. Peter Parker and Flash Thompson’s Venom were regular human-sized while Eddie Brock’s Venom had a much bigger frame.

Mac Gargan became the Venom in 2005. When on Norman Osborn’s Dark Avengers team, he lost control and Venom turned into a giant monster. 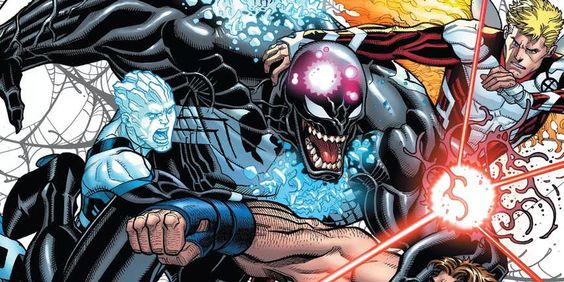 Venom is strong enough to absorb bullet shots, hi-tech weaponry and has faced some of the strongest fighters in the Marvel Universe without looking like he got hurt. He has taken a lot of punishment over the years but has survived because he is nearly invulnerable. 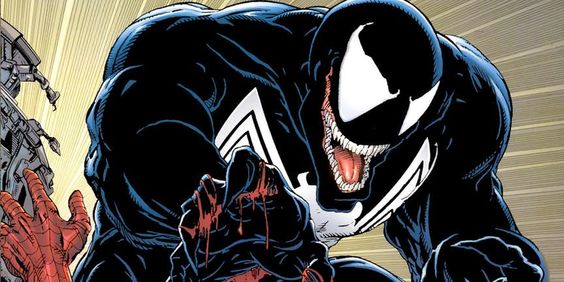 Despite having almost all of Spider-Man’s powers and abilities, the Venom symbiote never got a “Spider-sense” for himself. He still has a way through which he can basically see in all directions at once. This gives him an advantage against incoming attacks.

This also helps him greatly in combat. This is seen when Flash Thompson’s Venom uses this ability to counter the attackers who were behind him in Venom #1. 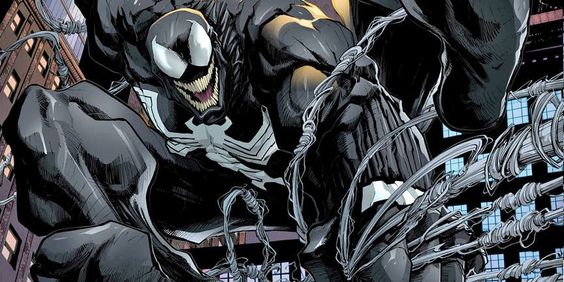 When Peter Parker bonds with Venom for the first time, he notices that the symbiote suit makes its own webbing. Venom’s webbing can hold 125 pounds of pressure per square millimetre and dissolves after a few hours. Overusing these can, however, result in the symbiote getting tired.