Those who have seen Venom know that Carnage will be making his cinematic debut in the sequel. Cletus Kasady was introduced in the film speaking to Eddie Brock in the prison. Before the end credits end, he promises Eddie that “there will be carnage when he comes out.”

Before going into the film, fans must know a few things about Carnage. Carnage may be a symbiote born from Venom, but both are totally different in terms of abilities and attitudes. He is an evil entity and we assume that Carnage is going to be really scary. Today we will discuss 7 things that fans should know about Carnage. 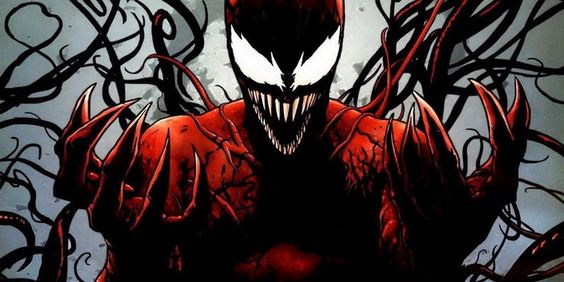 Carnage is crazy, but no one can actually imagine how crazy he was even until “Mind Bomb.” In this issue, Carnage is tracked down by Mathew Kurtz, a military psychiatric specialist. Here, we learn about his new ability.

6. He once bonded with Silver Surfer 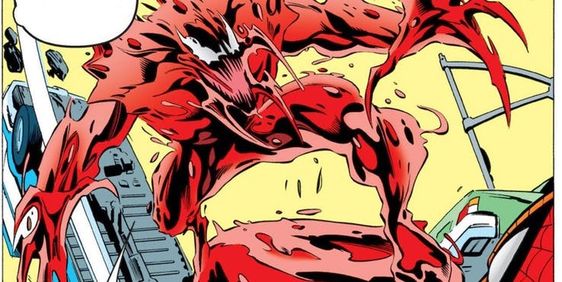 Even though it was kept into a pretty protective microwave field, Carnage escaped and bonded with the Silver Surfer in Amazing Spider-Man #430. He came to be known as “Carnage Cosmic.”

This occurred after Silver Surfer informed Spiderman about dealing with symbiotes in a far away galaxy. The Surfer tries to destroy the symbiote in space, but eventually, it bonds with Kasady again. 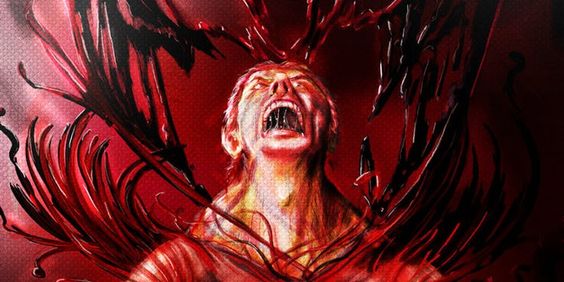 Carnage is totally contrasting to Venom’s solid black colour. Carnage is bright red in colour, and that’s because it’s not bonded to Kasady’s body, but to his bloodstream.

It’s his blood that gives Carnage that colour. This is important for a character that’s as obsessed with violence as Carnage.

4. Became a one time hero 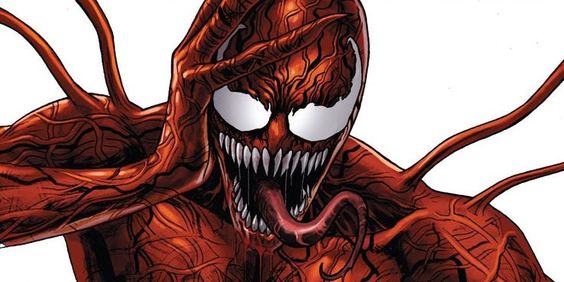 In the “Axis” storyline, the mortality of heroes and villains are flipped by Doctor Strange. One of these villains was Carnage.

Carnage tries to help but that doesn’t mean that his violent tendencies went away. Carnage eventually sacrificed himself by absorbing the explosion of a bomb by wrapping around it.

3. Has an advanced healing factor 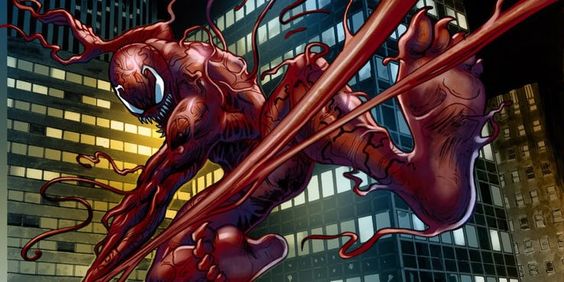 Carnage has an advanced healing factor that helps him to recover from almost anything. He can even regrow parts of himself that have been lost. This has been demonstrated on various occasions when Carnage has been wounded in the battle.

Carnage once wrapped himself around a bomb in order to save the city. Although it seemed like he died during the noble act, he again came back to life. 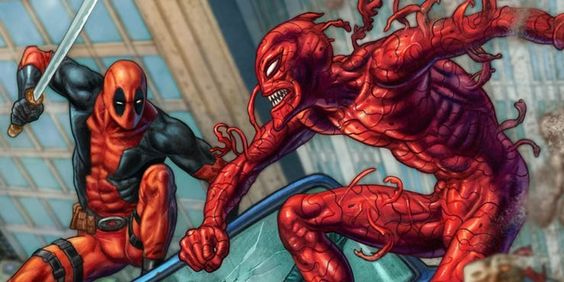 Wade Wilson has never been scared of Wade Wilson. Deadpool decides to go after him after seeing the wreckage he wreaks on the city. Both battle at Tulsa and Deadpool totally got ripped apart by Carnage.

Deadpool rebuilt himself using symbiotes like Riot, Lasher, Agony and Phage. He also convinced Shriekri disguise herself and go against Carnage. Carnage gave in once he found out that he had injured Shriek during the fight.

1. Is a fan of Band Anthrax 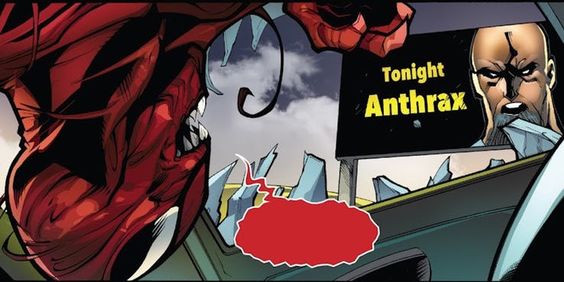 Carnage may be violent and dangerous but he is also a big fan of heavy metal band Anthrax.

In Nova Vol 5 Carnage finds himself after Nova in Arizona. He is thrown into an Anthrax concert during the issue and we see Kasady loving the music.