Fast and Furious star Vin Diesel has recently opened up about the passing away of basketball star Kobe Bryant and actor Paul Walker. The late Kobe Bryant checked in with Vin Diesel after the death of his five-time Fast & Furious co-star Paul Walker, who died before completing work on the franchise’s seventh installment in 2013. When remembering Walker during the Fast & Furious 9 trailer unveiling and concert in Miami, Diesel said the world is “rocked to the core” by the Calabasas, California helicopter crash that claimed the lives of Bryant and eight others including daughter Gianna Bryant, John and Keri Altobelli, daughter Alyssa Altobelli, Sarah Chester, daughter Payton Chester, Christina Mauser, and pilot Ara Zobayan. 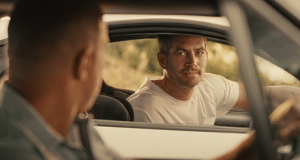 Diesel and Walker starred in the first Fast and the Furious in 2001. They reunited in its fourth installment, Fast & Furious, in 2009. Diesel’s Dominic Toretto and Walker’s Brian O’Conner partnered up again in Fast Five, Fast & Furious 6, and Furious 7.  Walker’s final film was the seventh entry to the franchise and was directed by famed filmmaker James Wan. 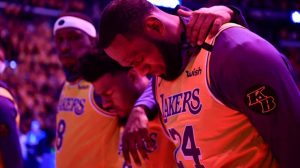 Diesel said that it was shocking for him, and the death of both Walker and Bryant rocked his world to the core. He also said that Kobe made the world a better place and referred to Diesel as Pablo. Kobe was strong shoulder to Diesel, and he knew how much Diesel missed Walker. He stood as his support throughout the last two films of the Fast and Furious franchise.

F9 trailer released Friday paid tribute to Walker with an instrumental tune of Wiz Khalifa and Charlie Puth’s “See You Again,” the hit song used to send off Walker’s Brian in the final minutes of Furious 7. The alternate version of the song is heard over a scene showing Dom’s young son, Brian, named after Walker’s character.