The Walking Dead franchise tried almost for a decade to keep the origin of the zombie virus a secret. When Robert Kirkman was drafting the original comic version of Walking Dead, he chose not to reveal the source or origin of the zombie virus ever. With that being said, AMC’s TV adaption of The Walking Dead acknowledged his philosophy and never depicted any hints to the audience about the virus’ origin. However, the TV show’s season 1 CDC episode was almost about to echo the biological routes, which Robert Kirman expressed regret over later. 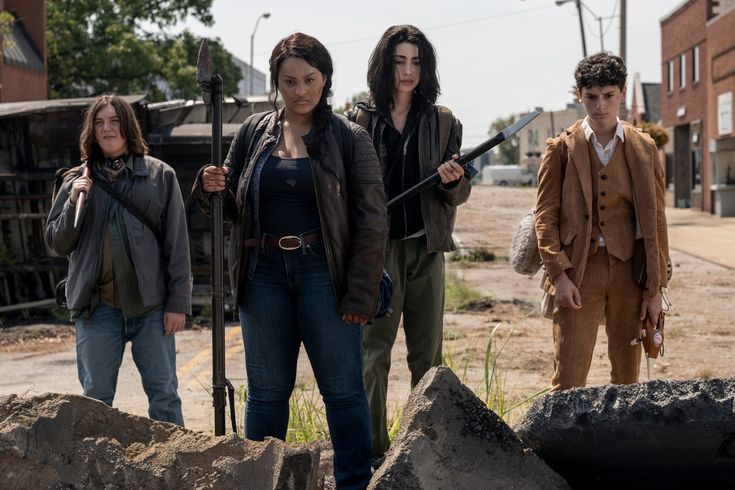 Times have changed and The Walking Dead is also thriving to move forward and quite away from Kirkman’s original source material. While the show’s Commonwealth plot exhausted the source’s last major arc, the new CRM addition is helping AMC’s The Walking Dead to reach the desired territory significantly. With that being said, The Walking Dead: World Beyond’s post-credits scenes have answered the question we all had for quite a while now.

The last scene of The Walking Dead: World Beyond takes place inside France’s biomedical facility. After staying abandoned for a long, one of the researchers returns to start working on the cure. But she’s not alone. An unidentified individual also appears while smoking a cigarette. While the researcher’s intention was purely focused on ending the zombie apocalypse, the other person in the room echoes that it is her who started all this. With that said, there appears another ominous message in French which translates to “Zombies Were Born Here.”

What Does It Mean

From whatever message we heard, it could be concluded that The Walking Dead’s zombie virus was not something natural but man-made. And above all of it, everything started inside this exact laboratory in France. As per what the man with a cigarette echoed, the research center housed multiple teams who were working on a project that somehow catalyzed the infamous zombie virus. As Primrose traveled back to the US, it is possible that not only France and the US but some other countries were also involved in this fateful study. However, it was the French scientist who designed the virus; but of course, she never had any intention of spreading it out.

The post-credits scene of The Walking Dead: World Beyond echoes how the virus wriggled the way out. While it was the Violet and Primrose team who created the virus, the scientist made quite an accusation that implies that the man with the cigarette was also a part of the same group. With that said, Kirkman purely believed that The Walking Dead was better when the explanation to the virus’ outbreak was a secret. But for the viewers and the fans, it is quite intriguing to know that the TV series is finally unfolding the truth. Now that the franchise is expanding beyond the source’s parameters, it might become difficult to avoid the secrets any longer.  To know it all, we all have to wait for The Walking Dead’s upcoming chapter.