Marvel has given us a lot of cool shows lately and WandaVision is no exception. Fans really enjoyed the show, the storyline and the characters’ twisted emotions. Viewers got a big surprise when they got to know that Evan Peters is going to play Pietro/Ralph Bohner. But some fans were disappointed that Peter was just a throwaway character.

WandaVision is a great show and shows how twisted and dark it can be sometimes. The constant running away from the reality rather then accepting and moving on, can make things worse for the future. So some jokes and memes helps to cope up with the seriousness of the show and we are all here for it.

Fans have been asking for some cameos from of previous actors in the current shows and movies as it makes it more exciting for the fans. Marvel tried it with the WandaVision and it gave some great meme templates to the fans to make meme out of.

Here we have gathered some fan-made WandaVision memes that are hilarious and fun to share. 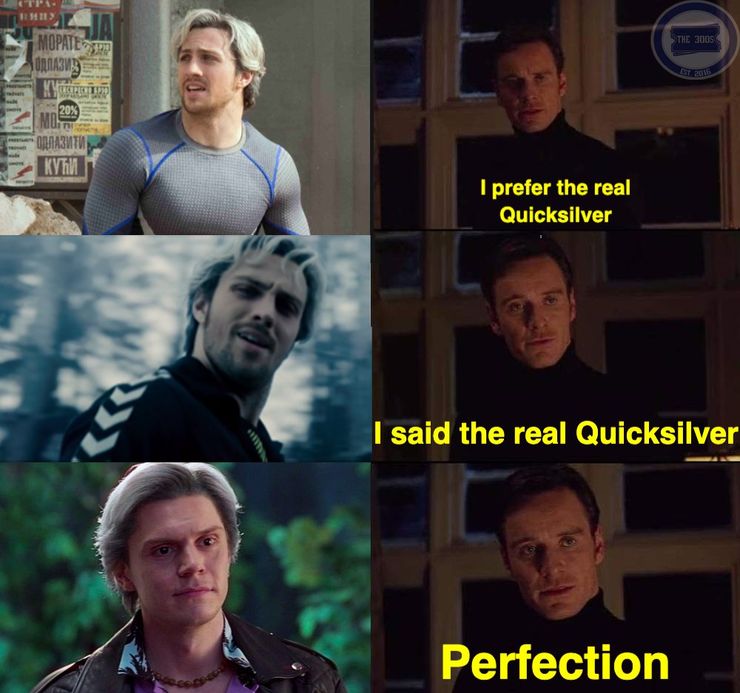 There’s always going to be the debate that which Quicksilver is the fan-favorite. Fox and Marvel both share the rights for the character Quicksilver. And that’s why Marvel cannot use the word “mutant” for their version of Quicksilver. So the word “enhanced’ was used for the twins in the movie. Similarly Fox cannot make any references to Pietro or Wanda associated with the Avengers. 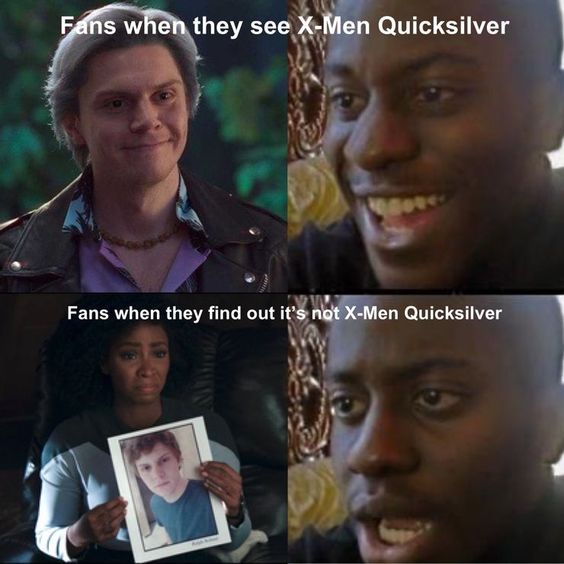 When fans saw Evan Peters on the show, everyone got so excited. Everyone thought that Fox Universe and Marvel Universe are gonna do an epic collaboration and it is going to start a new storyline later. But in the final episode, fans realized that Evan is nothing special but just a normal citizen named “Ralph Boner” of Westview. Some people didn’t mind the reveal but some fans were immensely disappointed.

3. WANDA IS A LITTLE CONFUSED!! 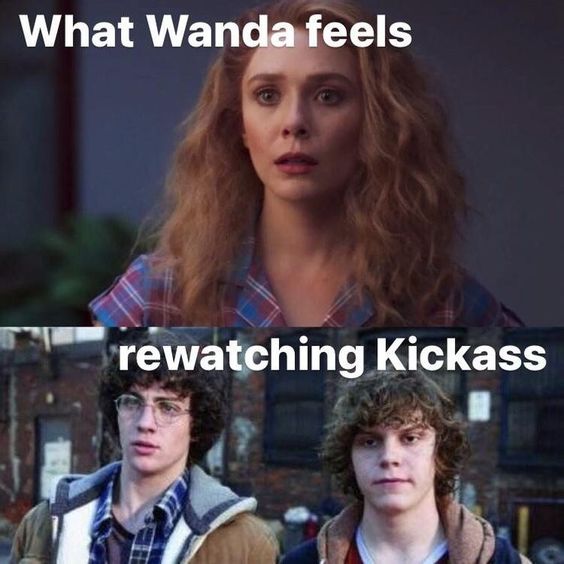 4. RALPH BONER IS AN INTERESTING NAME!!

We known that Marvel sometimes slide in some hidden jokes and fans love it. This time it was Evan’s name that made the fans laugh. Even though Evan’s role was a disappointment for some fans but you cannot deny, when his character’s name was revealed, it made you chuckle a little. This meme shows, how fans are smiling through their pain and disappointment. 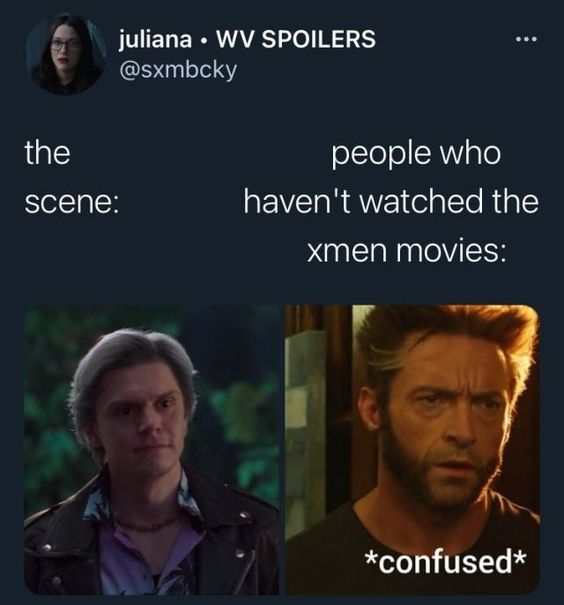 If you haven’t seen the X-Men franchise, then you might be amongst the few fans who were very confused about the hype for Evan’s role. Logan’s expressions can explain how the fans felt. But the fans appreciated the Cameo of Evan and no one was complaining, just a little confused. 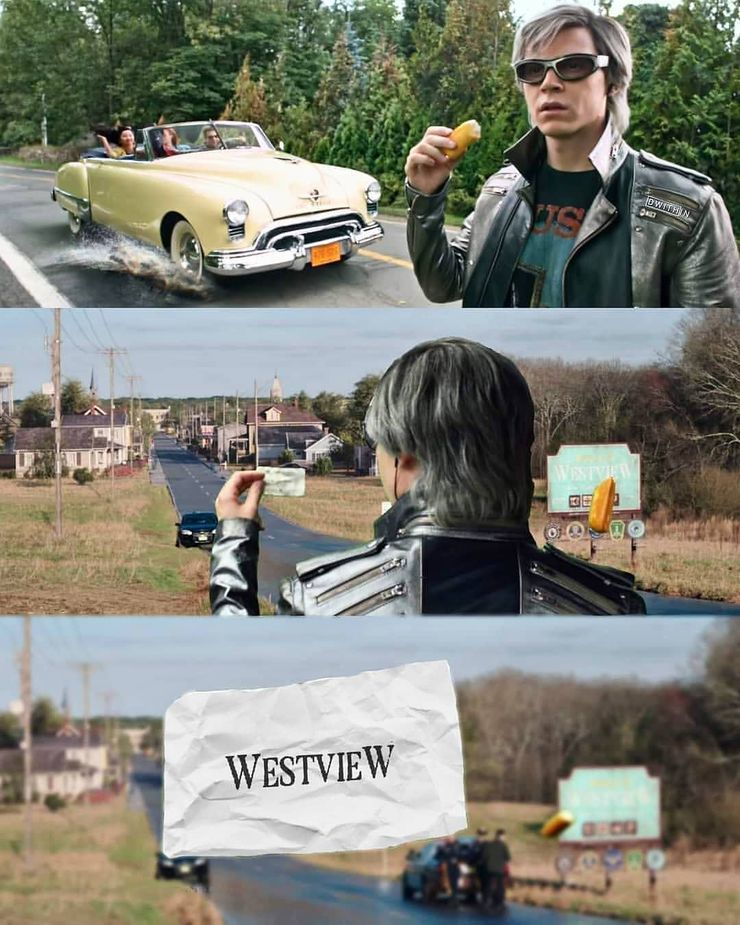 Fans have a theory how Ralph got in Westview, this meme says that Pietro’s memory was wiped as soon as he went through Maximoff Anomaly. The meme shows the entrance of Ralph as if it was the Quicksilver scene from the X-Men: Apocalypse. 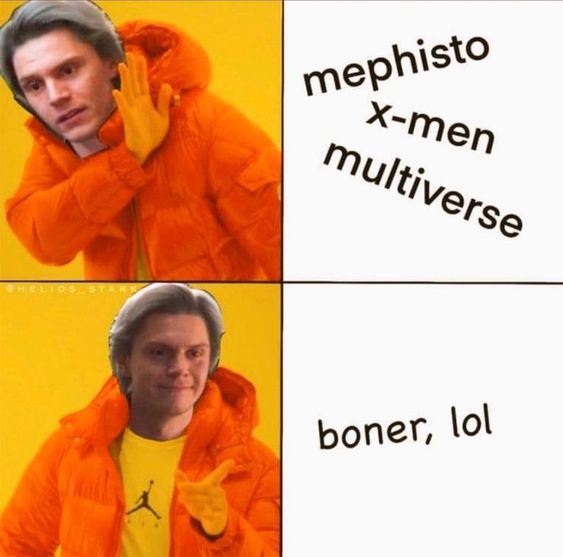 Everyone was so hyped and excited to see Evan’s role and how he is going to be important to the show. But then fans realized that the cameo is nothing important and plus comes with a funny name with an added “H” in the middle. Fans were expecting a big crossover between the two Universes, but all they got was a insignificant role with a funny name.

Me trying to explain the importance of Evan Peters’ Quicksilver being in the new episode of #WandaVision to my friends who don’t care about Marvel pic.twitter.com/IuFdV52gU9

You cannot control a diehard fan from discussing the storyline after watching their favorite show. There are some people who just don’t care about the show and are not obsessed with them. And this is what makes this meme so funny. This meme shows how the diehard fans are still trying to convince other people how important Evan’s role was. Even though we all know most of the people do not care. But hey let them have their fun. 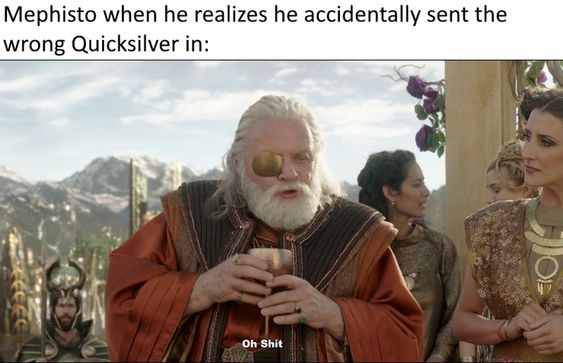 Fans have created their own theories for the show. Their are many references in the show of the devil and fans got started with their own theories. The meme above is the from the movie, Thor: Ragnarok, where Loki is posing as Odin. And this made the fans realize that Mephisto might have sent Evan Peters into the Westview instead of Johnson. 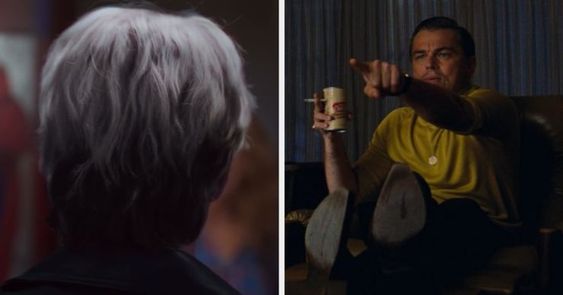 Fans were so excited when Wanda said “I had a brother” in episode 3, but then in episode 5, Wanda said “I have a brother”. Everyone was expecting the Quicksilver everyone saw in the previous Marvel movies like Avengers: Infinity War. And the silver hair also convinced the fans that Johnson’s gonna return. But later we found out that it was Evans and the image is slightly altered to make it look more like Johnson’s head. At that moment we all were like DiCaprio in the image from the scene of his movie, Once Upon A Time in Hollywood.

Marvel planned a surprise for the fans and everyone liked it, some fans were just expecting a little more significance for the Evan’s role, but no one is complaining. The name and the anticipation made it funnier. The extra h to the already funny name is something fans are gonna talk about for a long time. Some people didn’t even realized it at the first glance. But later when they found out, it was hilarious. Let us know in the comments what you think about these memes and were you also surprised to see the Quicksilver cameo!