The new miniseries ‘WandaVision’ has had multiple references to prior members of the Marvel Cinematic Universe. The latest episode has some Easter-eggs that bring back bittersweet memories from Avengers: Infinity War. The series began similar to an old sitcom shows in the quaint town of Westview. With each progressing episode the subtle signs point out its deep relation with other counterparts of the MCU. As the plot thickens, fans discover references from Avengers: Age of Ultron, Avengers: Infinity War, and even the comic book issues.

This article aims to break down & analyze some of the excellent references of episode 4 in WandaVision and try to unravel the storyline a bit further. Spoiler Alert!

Birth of the Twins

The most prominent aspect of Episode 4 (‘We Interrupt This Program’) has been Wanda and Vision’s twins’ birth. The Scarlet Witch is extremely powerful and determined. She felt a lack of mental strength and determination as she fought through her pain. This void is somewhat of a throwback to her childhood trauma, facing a Stark bomb with her brother Pietro. Viewers can relate to her indecisive moments during Infinity War. When she had to kill Vision to protect the Mind stone, she couldn’t face the pain. She froze with grief in Age of Ultron facing her brother’s death. 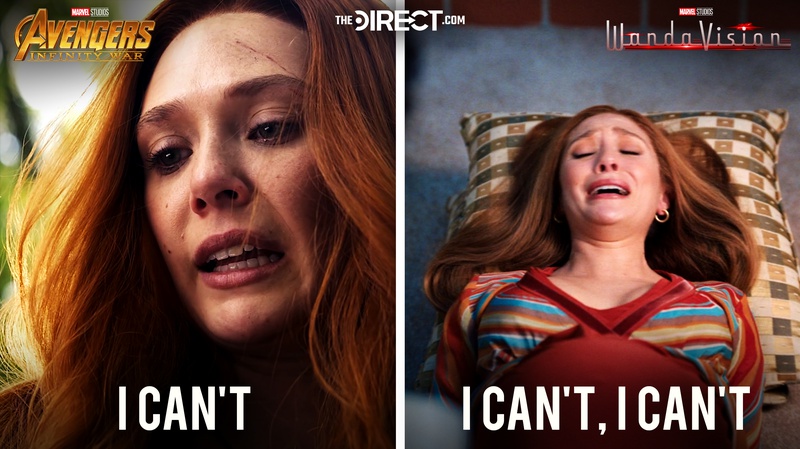 Vision’s role has been as a trusting partner to Wanda. He believes her even when she doesn’t have faith in herself. He keeps reminding her of her inner strength and tries to guide her to a better future, much like in Infinity War. Again, Geraldine’s dialogues bore a striking resemblance to those of Visions in Infinity War, whether she was reminding Wanda of urgency or giving her moral support when she was distressed. 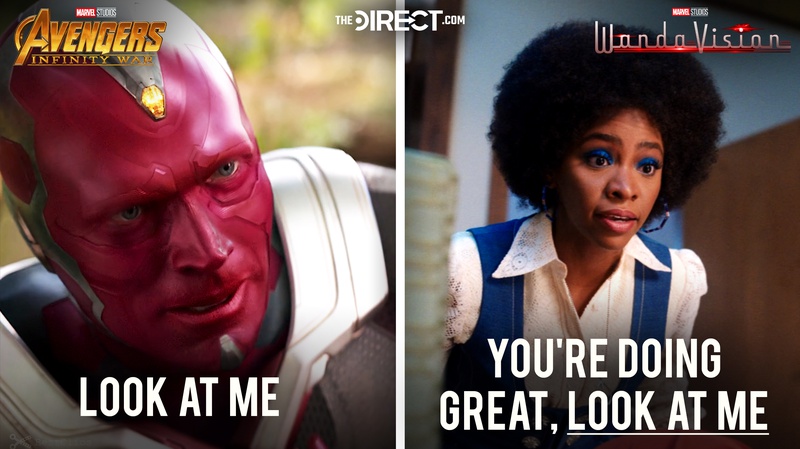 The sharpening of the S.W.O.R.D.

Episode 4 sees through the first big reveal in the series, the S.W.O.R.D., an undertaking of Nick Fury’s S.H.I.E.L.D., is responsible for putting the Big Red in the pocket dimension of Westview. Wanda ejects out Monica into the real world onto the S.W.O.R.D. Encampment, where bits of Captain Marvel’s voice calling her as ‘Lieutenant Trouble’ may be heard. This Easter-egg might be related to her appearance in ‘Captain Marvel 2’ next year.

Agent Jimmy Woo, Dr. Hank Pym’s co-worker from the Ant-Man franchise, is in a power position at the S.W.O.R.D. He employs Monica, giving her a symbol necklace. The story-line gradually becomes clear as the intention of S.W.O.R.D. to weaponize Wanda, Vision, and their twins are revealed. An Easter-egg to watch out for is the picture of a Skrull appearing for a moment on Woo’s board. Skrulls were the antagonists in ‘Captain Marvel’. They enslaved different races and used fear to propagate their supremacy. Fan theories are already brewing surrounding the striking similarity of the Skrulls with S.W.O.R.D.

MCU tends to play with timelines and realities, which has intrigued the viewers time and time again. The presence of Easter-eggs might be to trigger memories of prior films. The Easter-eggs may be pointing towards a more significant twist in the story. Moreover, a suffering Wanda is fighting against her broken mind swept with the grief of both Vision’s and Quicksilver’s deaths. She also has to combat the S.W.O.R.D. Overlord.

It is needless to say, viewers are waiting impatiently for the next episodes to air.