Kate Herron, the Director of Loki, revealed how the show keeps Kang at the center and changes all the events of the Infinity Saga. 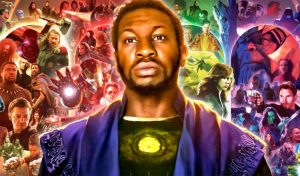 Loki and the introduction of TVA (Time Variance Authority) have entirely won the hearts of the MCU fans. Even the introduction of Kang has made the fans question the concept of free will. In the Marvel and Disney+ series, Loki‘s episode six makes everyone think about the primary role of Kang. Was he responsible for the Infinity Saga?

When Kate Herron was about Kang’s role in the MCU and the timeline associated with the Infinity Saga, she said: “I suppose well, by our show’s logic, yes, because he says like, ‘I paved the road, you just walked down it.’ I guess in theory, yeah, he would’ve scripted that because by our show, that’s what we’re saying. Everything has been predetermined by this one character, even if up to this point we’ve believed the characters have had free will. Which I think is kind of the fun rug-pull of our show, right?”

She revealed how the makers and writers of Loki wanted to give MCU an utterly new push towards a significant level. Kate said, “I remember even when I read the first script, I was like, ‘What?! The Infinity Stones are in a drawer? What the hell?’ I was just like, ‘What?!’ But in a good way, right? Because it shows the TVA is this whole new power, and that’s what you want with storytelling.”

The Infinity Stones were the most prominent part of the Infinity Saga. It was perhaps the only nexus upon which the entire storyline was based and revolved. However, in one of the scenes, Loki deducted the hype of these stones by making them mere paperweights. Does this end the Infinity Saga in retrospect? There is definitely a possibility because Kate pointed it as a necessary evil.

However, the Director also claims that it is not necessary that He Who Remains could be as powerful as he says he could be once the Multiverse timeline gets disturbed. Keeping in the loop the Loki episode 4, Kate said: “When the head’s cut off from the middle Time-Keeper, it does whisper, ‘See you soon,’ which is the very last thing [Kang] says to Sylvie. But, my theory, how I interpret it anyway, is that he says he’s gone through every possible scenario. So he probably has an idea of what would happen if Sylvie won the fight or if Loki won the fight, but he can’t quite predict it. He can’t write that because, obviously, they’re their own people. In my head, I’m like, ‘Oh, I think he planned to say that to her if that happened.’ That’s how I see it.”

The MCU Phase 4 has so far been balanced right with the themes of legacy. That is perhaps why the chances of experiencing some significant changes like Loki are prominent. Pointing out at Shang-Chi, Hawkeye, Eternals, and The Legend of the Ten Rings, Kate Herron says, “I hope with the rest of this phase, that it will keep subverting our expectations.”