The Marvel Cinematic Universe is all ready to bring the Eternals into the family. But to understand the film and the Celestials better, you have to check out some previous Marvel movies. 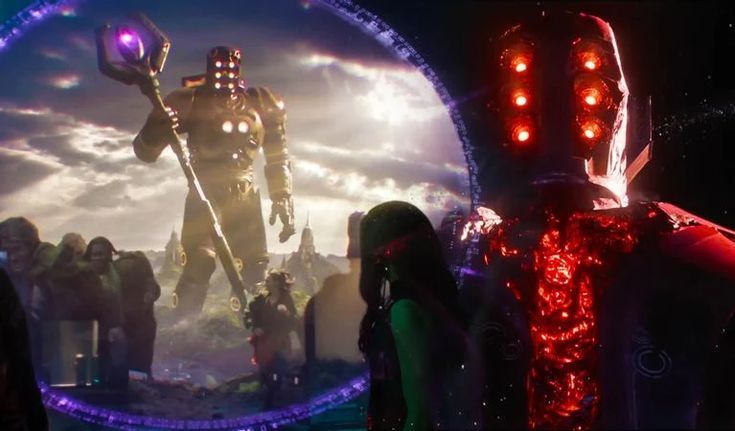 Introduction to the Eternals

The MCU is going to expand more potentially in the upcoming film Eternals. The movie will introduce a new segment of superhumans in the universe. But to understand them better, there are some Marvel movies that one should re-watch. The global pandemic and lockdown have caused multiple damages for Hollywood. Marvel Studios has been no less affected as the franchise has not released even one film in the year 2020. Due to this, the production is working hard in 2021 and their upcoming project, Eternals, is going to bring significant changes in the way the Marvel Universe operates.

Eternals will bring a new team of superheroes for the viewers, a group of ancient beings who landed on Earth several years ago after receiving the commands from the Celestials. For many years, the Eternals have protected humans from monstrous demons. As a result, they have retreated as shadows, but in the upcoming film, Eternals, the arrival of a new Deviant, Kro, will force them to show up once again. The trailers of the film have teased the Emergence and the Eternals are the only ones who can prevent humanity from the threats.

While Eternals seems to be the new inclusion by Marvel Studios, they are built on the seeds that the franchise has introduced before. The Celestials, who created the Eternals, have already made their appearances in the Marvel Cinematic Universe. Moreover, Eternals trailers have confirmed that the Eternals are the key events that took place on Earth. Thus, to explain the events better, you need to watch a few MCU films, maybe again.

Guardians of the Galaxy

The Celestials made their first appearance in the MCU with Guardians of the Galaxy. They appeared in a scene where the Collector projects an image of the Power Stone. He revealed an Infinity Stone that was being used by the Celestials to judge the civilization of the world.

Guardians of the Galaxy Vol. 2

Guardians of the Galaxy Vol. 2 was built on the foundation of the last surviving Celestial, Ego. This project tried to somewhat reinvent the Celestials, revealing that they were the ones who are composed of “living light.”

After Infinity War, the Avengers used time travel to undo the snap’s impact. In the end, the team managed to collect all the Infinity Stones and it was the Hulk who tried to snap this time to reverse the results. Apparently, the Eternals trailer confirmed that Hulk’s snap was directly associated with the Eternals and the Celestials. The Deviants showed up again on Earth as a result of Hulk’s snap that made the Eternals come together to fight them again.

Marvel’s Eternals is going to release on November 5, 2021.