The upcoming National Geographic original series, Welcome to Earth, hosted by Will Smith has finally received both, a new trailer and a new release date. On the occasion of Disney+ Day, the streaming service revealed that this once-in-a-lifetime adventure all across the world to explore the Earths’ greatest wonders revealing its utmost hidden secrets will be debuting on December 8th. The trailer also shared for Disney+ Day, offering new footage from the six-episode series, which showcases the entire range of Smiths’ adventures and well, a sampling of the wonders that he witnesses along the way – including one which turned out to be so breathtaking that he declared he’s “putting it in a movie”.

“I’m throwing myself into the unknown,” Smith says in the video before the trailer cuts to one of the guides telling him that they can “almost guarantee” he is going to survive this journey. The footage then goes on to show Smith exploring some areas of the Earth, including volcanoes, deserts, and even some adventures under the sea – an experience that Will Smith describes as being like a completely different world.

You can have a look at the Welcome to Earth trailer below: 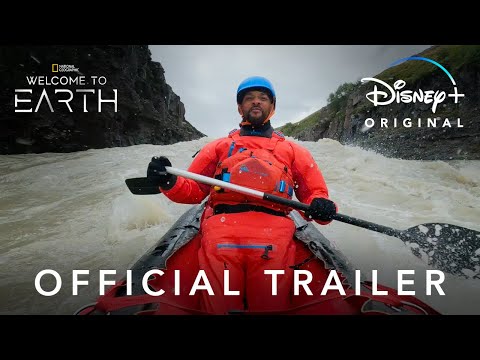 The age of exploration is far from over. #WelcomeToEarthSeries, featuring @WillSmith, is streaming December 8 only on #DisneyPlus. #DisneyPlusDay pic.twitter.com/6ve2Rkjhze

Welcome to Earth was initially announced in December last year and will be the latest project to team Aronofsky with Smith and Nutopia for National Geographic after 2018’s One Strange Rock.

“This was 92 shoots, 34 countries, and it’s all about the hidden worlds that are all around us,” Jane Root, executive producer of Welcome to Earth for Nutopia said during a presentation ad the TCA Summer Press Tour last month. “One of the great things that Will said in the making of this is how his grandmother had told him that the best things in life are on the other side of fear, and that’s exactly what he believes. He talks about how he never climbed a mountain, he’d never been in a cave, never slept in a tent, and he decided to do those things a few years ago.”

Welcome to Earth premieres on Disney+ on December 8th.