In The Kardashians season 2 premiere, which aired on 22nd September, Khloe Kardashian was seen with her newborn son in a hospital bed. The episode revealed that Khloe Kardashian and her ex-boyfriend Tristan Thompson had begun the process of having a second baby via surrogacy before his infidelity came into the limelight. The professional NBA player was named in a paternity suit which was filed in June 2021 by Maralee Nichols, who claimed that she had conceived a child with the NBA player three months earlier.

People on social media called out the socialite after she was spotted in a hospital bed acting like she gave birth to him even though the child was born through a surrogate.

Also read: “Competing to be the scumbag of the year”: Tristan Thompson Spotted With OnlyFans Model After Khloe Kardashian Reveals New-Born Son, Shares Most Hated Man Title With Adam Levine

After watching the episode, a lot of people on social media criticized the Good American co-founder saying that the footage is a publicity stunt as she wasn’t the one who gave birth to the child.

seeing khloe kardashian posing in a hospital bed with her surrogate-born baby is both hilarious and infuriating. like LMFAOOOOOO but also fuck these rich bitches i swear to god!!

I’m aware there are more important things going on in the world but i need to know why Khloe Kardashian is lying in a hospital bed with her new baby when she had a surrogate.

What pain? It's not as if she birthed this kid herself, she paid a surrogate to do the hard work for her. Why do PPL fall & fawn all over these women? I will never understand it. Just because Mommy helped them get rich, doesn't make them better ppl.https://t.co/hJ0875HpL3

Just seen pictures of Khloe Kardashian with her surrogate baby …… why is she laying in a hospital bed ? She didn’t give birth to it ! #really

Tristan Thompson is the father of the child

It was revealed that the child was conceived before Tristan Thompson was named in a paternity suit last year. The allegation eventually led to the couple’s split in late 2021. In the paternity suit, which was filed in June 2021, fitness trainer Maralee Nichols claimed that she had conceived a child with the NBA player three months earlier. In December 2021, the NBA star admitted that he cheated on Khloe Kardashian. Tristan Thompson and Khloe Kardashian’s relationship began in 2016 and they welcomed their first child, True Thompson, in April 2018.

You may also like: Is Tristan Thompson The Father Of P*rn Star Lana Rhoades’ Baby? Fans Convinced Khloe Kardashian Has Been Cheated On Yet Again 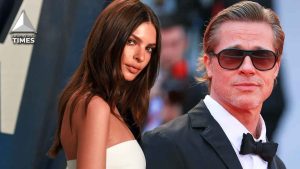 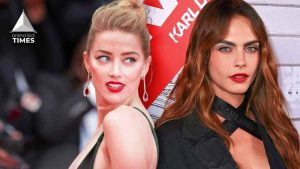