If there’s one thing we have learned from Marvel, it’s that the best surprises come when you least expect them. Case in point: the pager alert sent to Captain Marvel at the end of Infinity War just as Nick Fury was crumbling into ashes and dust. Or, the entry of Hulk as Thor’s “friend from work” in Thor: Ragnarok. Or, the return of Harley Keener in Endgame’s Iron Man tribute scene. And finally the best of them all — the ENTIRE Winter Soldier movie, which is by the way vastly underrated. With the new movies in Phase 4 yet to pick up the pace set by the earlier ones, fans are desperate to find some semblance of Marvel-worthy cinematic experience in the familiar faces. And Taika Waititi is here to deliver exactly that, and then some in his next Marvel movie, Thor: Love and Thunder.

With the new Marvel movie on its way to the theatres, the build-up is at its highest. The previous pairing of Marvel with Taika Waititi proved to be a happy marriage and a massive success. In his classic comical and quirky style, he sets up the new Thor movie to be one of the best yet in Marvel’s Phase 4.

Chris Hemsworth said it’s the greatest thing he has had the pleasure to work on. He teased the official trailer of Thor: Love and Thunder recently. Taking to Instagram, he said,

“Do not miss it, spread the word, spread the love. This trailer is gonna blow your mind. It is something that I am so, so proud of.”

What to expect from Thor 4 Newest Trailer?

Taika has become a recent fan favorite with his incredible direction in Ragnarok, Jojo Rabbit, and What We Do in the Shadows. With him taking up the reins of Love And Thunder, fans are rightfully expecting him to deliver. Chris Hemsworth has himself confirmed that the movie is going to be incredible. “It’s a film about love and outer space” and he cannot wait for the fans to see it.

Waititi in an interview with Empire Magazine said, “I wanted to embrace this thing that I was always a bit dismissive of, and explore this idea of love, and show characters who do believe in love.” He further went on to add, “On paper, it feels kinds of cringy to me, but there’s a way of doing it with cool characters making a cool movie, and also having a thing that no fan ever wants in a superhero movie, which is people talking about love, and characters kissing.”

While the first trailer was definitely mind-blowing, the absence of Christian Bale’s Gorr the God Butcher was noticed by everyone. As a result, the second trailer is expected to reveal Gorr’s first look, who is poised to be one of the greatest threats in the MCU after Thanos. Similarly, fans are also expecting more scenes from Russell Crowe’s Zeus, alongside Tessa Thompson’s Valkyrie and Natalie Portman’s Mighty Thor. 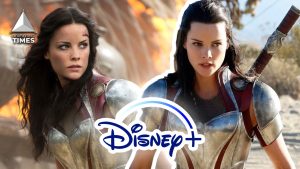 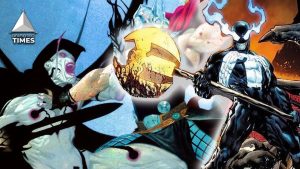 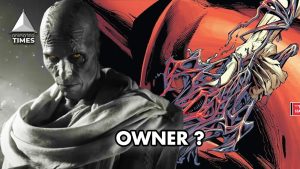 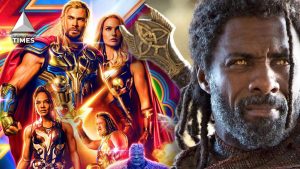 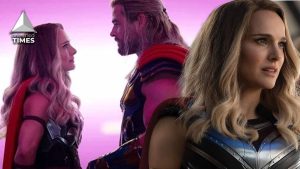