Right after the day when it was rumoured that Zendaya was offered the lead role by Disney, for the next live-action adaptation known as The Little Mermaid. The consequences are sure to make people remember their past and miss it eagerly, loving and missing their child-self that dates back to the 80s and 90s.

The Zendaya casting rumour is the most recent hint in what Disney fans can expect to see from the growing list of live-action Disney Princess feature films. In most recent times, Disney offered a first look at Liu Yifei as Mulan in the studio’s 2020 adaptation. In the same time, the upcoming and much awaited Aladdin film will showcase Naomi Scott (Power Rangers) as Princess Jasmine and Mena Massoud as the titular character, and Elle Fanning is expected to make a come back as Princess Aurora in Maleficent II. If that is not enough to be exhilarated about, Dumbo, Pinocchio, and The Lion King are said to be moving forward as well. 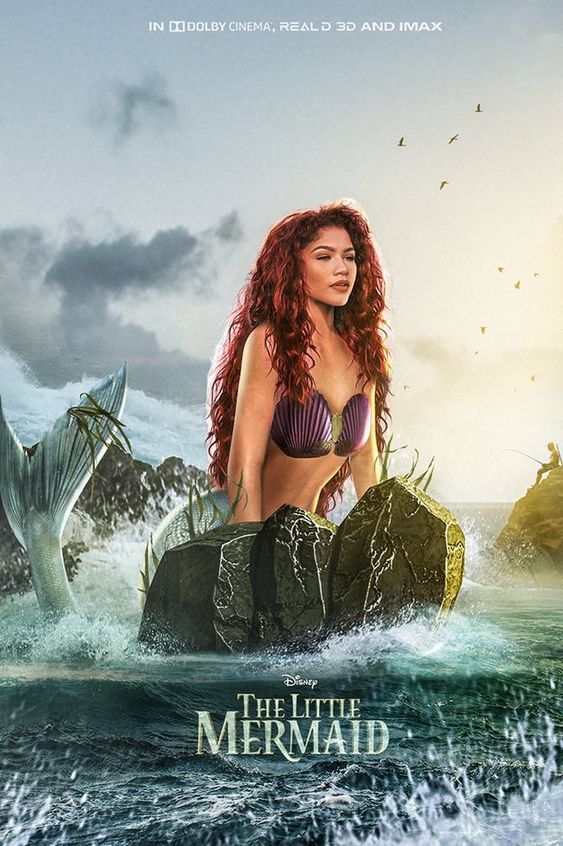 The artwork was built and shared by Australian artist BossLogic. It showcases Ariel with her time-honoured fiery red hair, purple clam shells, and green tail, perched on rocks as she gazes whimsically (possibly at her love interest Prince Eric on the shore). Any man who knows and remembers 1989 properly will tell you about the rising crescendo of “Part of Your World,” as waves collide behind her.

The post gathered over 1,000 likes hours after being posted, although some comments would genuinely signal that not everyone is a fan. It remains to be seen to what extent the controversy that followed Zendaya for being cast as a black actress to play the cultural Caucasian, redhead Mary Jane (M.J.) Watson in Spiderman: Homecoming will make a come back if she is set to play Ariel. Nonetheless, many fans were quick to show their support and enthusiasm for the casting idea. One follower even advised Henry Cavill (Justice League) as her opposite, to play Prince Eric. As an actress, Zendaya more than has the talent and experience for a project as iconic as The Little Mermaid. She is already accomplished resounding praise for her work in the musical giant, The Greatest Showman, and is moving ahead with the 2019 sequel to the blockbusting Spider-Man: Homecoming, Spider-Man: Far From Home, which is currently filming.

“She’s the one steering the divorce”: Tom Brady Extremely Tensed As Gisele Bündchen Is Hellbent On Divorce, Eyes His Massive $250M Assets In Alimony