The “Spider-Man: No Way Home” teaser was released late on August 23, about 24 hours after it was leaked on Twitter. It was a frenzied dash to remove the leaked preview from social media, and the video began to vanish from timelines. Despite the efforts to remove it, the teaser was still visible to a large number of individuals. Marvel Studios and Sony Pictures did what they had to do and released the gorgeous, full-length HD teaser of “No Way Home” to the delight of fans who had been anticipating the official release following the leaking disaster that was dumped yesterday. In the teaser, we see Peter Parker, portrayed by Tom Holland, spending time with MJ, played by Zendaya, as the two struggle with the world’s discovery of Spider-identity. Man’s The trailer also includes Benedict Cumberbatch as Doctor Strange, who will play a key part in the flick. The Sorcerer Supreme gives Peter a desire and casts a spell that should make the rest of the world forget who Spider-Man is. Of course, noisy Peter interrupts Doctor Strange, and it appears that the duo also opens a portal to the Multiverse, much like Sylvie (Sofia Di Martino) did in “Loki.” 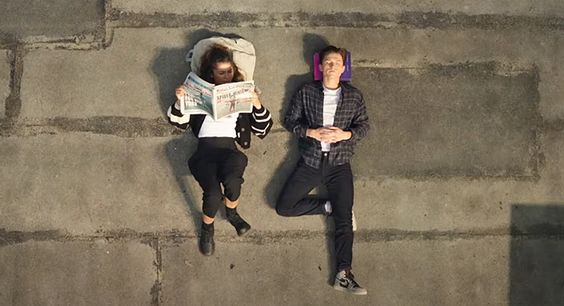 The aftermath of Doctor Strange’s spell causes complete pandemonium, and fans are then treated to sneak glimpses of some of the film’s baddies. Continue reading to see whether you spotted the five villains alluded to in the “Spider-Man: No Way Home” teaser.

Which villains showed up in the No Way Home trailer? 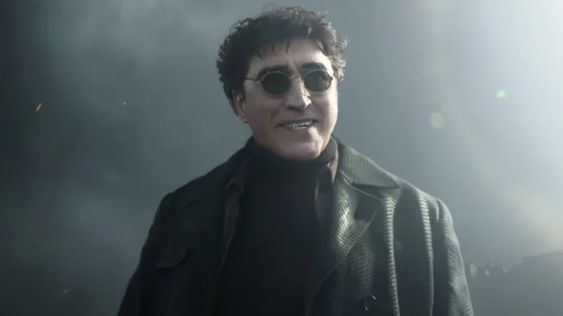 For quite some time, rumors have circulated that certain major villains from previous “Spider-Man” films will appear in “No Way Home.” Alfred Molina shockingly confirmed Doctor Octopus’s return, as he made a significant appearance in the teaser. At the end of the long film, we see the villain’s iconic robotic tentacles break through asphalt, followed by the guy himself emerging from a smoke cloud in his trench coat and sunglasses, saying, “Hello, Peter.” The deadly “Spider-Man 2” villain is the clearest and most apparent threat in “Spider-Man: No Way Home,” but he won’t be the only one to Peter Parker.

Viewers catch a glimpse of a weapon used by a well-known Spidey villain just before Doc Ock enters. To the lovely, familiar sound of chaotic laughter, the Green Goblin’s pumpkin bomb rolls down the street. Most fans of Sam Raimi’s “Spider-Man” trilogy from the early 2000s would know this as the voice of Norman Osborn, portrayed by the great Willem Dafoe. Though we don’t see Dafoe’s character, sites such as CBR have claimed that this will not be the case in the real film, and that Green Goblin may be the major antagonist of “No Way Home.” Though this remains to be seen, the teaser shows that he will undoubtedly be in the film, and his enormous abilities and larger-than-life demeanour make him a viable Big Bad contender.

What other villains were teased? 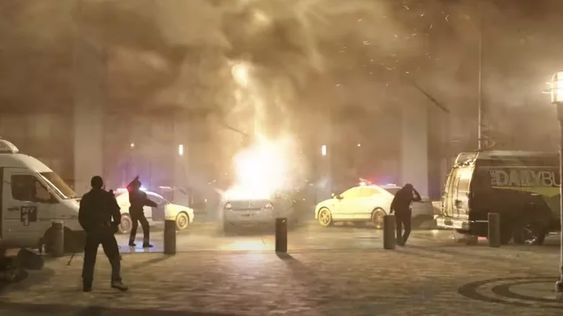 The MCU Spider-Man would almost definitely have his hands busy just dealing with Dafoe’s Green Goblin and Molina’s Doctor Octopus, but “No Way Home” appears to be building toward something far greater. Several lighting shots in the teaser video give a not-so-subtle nod to Electro’s involvement in “No Way Home,” a villain made famous by Jamie Foxx in “The Amazing Spider-Man 2.” The Hollywood Reporter reported in October 2020 that Foxx would be returning to his role, and the lighting bolts in the teaser are the perfect tease for his triumphant return. Furthermore, there looks to be a sandstorm mixed in with parts of the lightning shots, which might indicate that Thomas Haden Church’s Sandman from “Spider-Man 3” is also returning for a rematch. There’s also a jump-scare moment from Rhys Ifans’ The Lizard, who debuted in “The Amazing Spider-Man.” 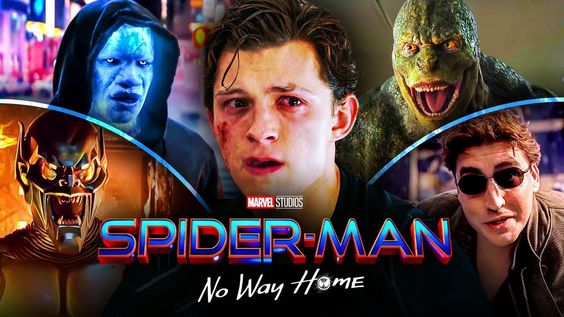 This excellent new teaser trailer very much confirms that these five villains will be in “No Way Home,” and we think there will be at least one more, since the Sinister Six have long been speculated to be in the film. Many villains have had a role in the gang throughout the years in the comics, so numerous people might occupy that last slot. However, Mac “Scorpion” Gargan (Michael Mando) has yet to suit up, Paul Giamatti has effectively stated that Rhino’s comeback is unlikely, and Mysterio (Jake Gyllenhaal) may have cast his final illusion in “Spider-Man: Far from Home.” The Vulture (Michael Keaton), on the other hand, is still alive and well after the events of “Spider-Man: Homecoming.” As a result, we believe he will round out the villainous gang. “Spider-Man: No Way Home” will be released in cinemas on December 17.