Marvel Cinematic Universe’s new miniseries ‘WandaVision‘ is taking over screens across the world by storm. The series takes place in Wanda’s pocket world of Westview. Wanda seems to have become much more powerful than her past self in previous counterparts of the MCU. Wanda bears a dedicated protective attitude towards Westview. As a result, she manipulates and even threatens the inhabitants to sustain the surrealism. With the release of every episode, the pseudo world unravels and the inhabitants become aware of the reality. As the season draws to an end, the final fight approaches. The Scarlett Witch will surely be one of the main faces in that battle. Fans are waiting with bated breath to find out about the adversary. Each hypothesis and fan theory regarding the contender of Wanda’s undoing has been observed and discussed below:

Each Hypothesis regarding a Wanda vs Vision Face-off 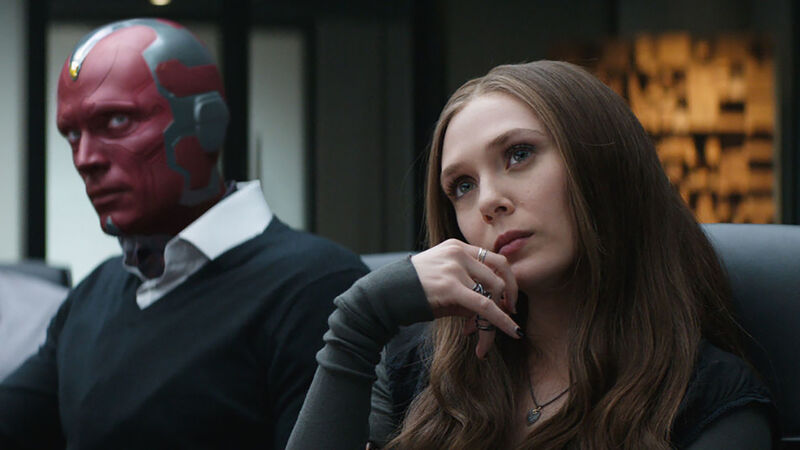 Wanda has been successful in hoodwinking Vision to lead a normal family life with her in Westview. However, Vision constantly struggles to accept every random bizarre occurrence that Westview throws his way. Vision, for the past few episodes, has been more aware of his surroundings and suspicious of Wanda’s intentions. He retains no memory of his life before he arrives at Westview. He has also had awkward run-ins with Herb and Norm. In the latest episode ‘All-New Halloween Spooktacular’, Vision embarks on a trip around town in quest of answers. After its completion, he is convinced that the townspeople are under a spell. He leaves the hex to outside help to fight back, almost dying in the process.
Each hypothesis regarding Wanda and Vision’s face-off is mainly woven around their relationship. As a result, they predict an appeal to the Scarlett Witch’s humanity rather than a messy fight.

Will Tommy and Billy side with their Mother? Wanda’s defensive attitude towards Westview stems from her protective instinct of her twin boys. Tommy and Billy have displayed a varied set of superpowers. Billy is a powerful sorcerer while Tommy has QuickSilver’s speed. Wanda’s powers do not work on her twins.
The twins may morph into her adversaries once they realize the reality of the state of affairs. They may share Vision’s mindset and stand against Wanda in her grasp over Westview.

Monica Rambeau: Each Hypothesis regarding her Possible Final Fight with Wanda 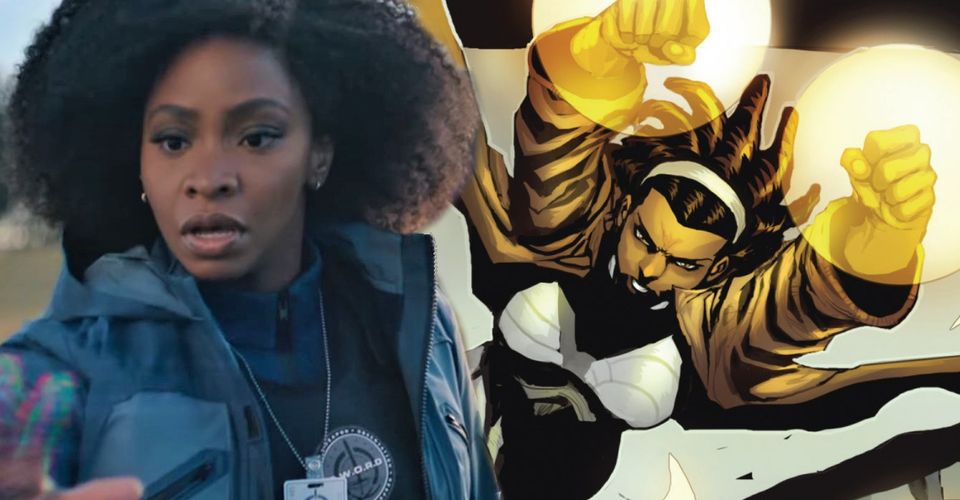 Monica was one of the first characters to realize the true nature of Wanda’s hex of Westview. She was forced out of the bubble early in the series. Ever since she had been working with Jimmy Woo and Darcy Lewis to communicate with Wanda. Recently, she was trying to re-enter Westview.
Monica might harness new powers under the alias ‘Spectrum‘, passing through the hex twice. Besides she was conscious from an early part of the series. However, each speculation by the fans mainly points towards her just taking down Wanda’s barrier and making amends, rather than complete elimination. She doesn’t believe Wanda to be a threat, unlike Darcy and the SWORD.

Doctor Strange against the Scarlett Witch: Was it all an Elaborate Teaser? Doctor Strange has not appeared in ‘WandaVision’ yet. He is one of the most powerful sorcerers in the MCU franchise. As a result, he could easily rival Wanda in her reality-altering skills. Moreover, his training under the Ancient One gave him a strong moral compass.
Doctor Strange’s cameo in WandaVision would set the stage for the upcoming film ‘Doctor Strange: A MultiVerse of Madness’. Every Doctor Strange appearance so far has been in the face of a reality-shifting crisis. His possible final battle with the Scarlett Witch would mesmerize the audience.

Each hypothesis regarding the possible nature of Scarlett Witch’s final battle in ‘WandaVision’ has been analyzed closely. Do you have any more contenders? Let us know in the comments below.