Bruce Wayne and Oliver Queen are two of DC’s most prominent figures. The Bat of Gotham, and the Arrow of Star City have always been two of the most relatable comic book superheroes; given the fact that those two are completely human.

When it comes to all the street level heroes – these two names have often been used in tandem. And are thus considered two of the most dependable heroes in the Justice League. Green Arrow is one of the toughest heroes that fight the streets of his city every night along with his team. And Batman has been the vigilante of the city of Gotham for as long as we can remember. 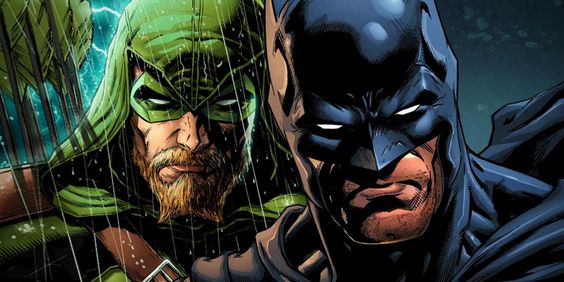 Both are quite similar in their demeanor, and have somewhat similar origin stories. While Oliver uses the bow and arrow to fight the criminals along with various combative style; and Bruce is the greatest detective, all the while being adept in multiple martial art forms; their goal from day one of wearing the superhero suit has been the same – to rid their city of crime.

So here are 5 reasons why Bruce Wayne’s Batman is the best street level hero; and 5 why it’s Oliver Queen’s Green Arrow:

Green Arrow: He’s Got an Arrow for Everything!

Most superheroes have tricks up their sleeves. Superman got his well… superpowers, Batman got his brains and the utility belt. And Green Arrow’s got his arsenal of trick arrows. There is one for every occasion – from normal pointy ones, to arrows that can shoot flares or electric current to ones that can actually be used as USB devices – he’s got it all. 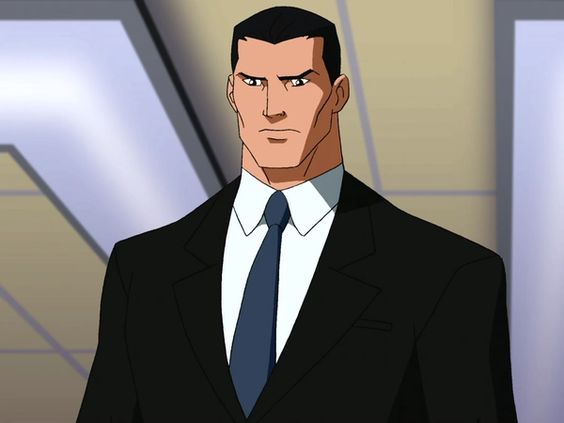 While Oliver Queen s not wanting for anything, its safe to say that in this scenario, a Queen’s got nothing to a Wayne. Batman has Wayne Tech and Lucius Fox to build him a plethora of gadgets. Whether it’s the suit, the Batmobile, the Batarang or well… anything that Batman might need, Bruce Wayne has got his back. 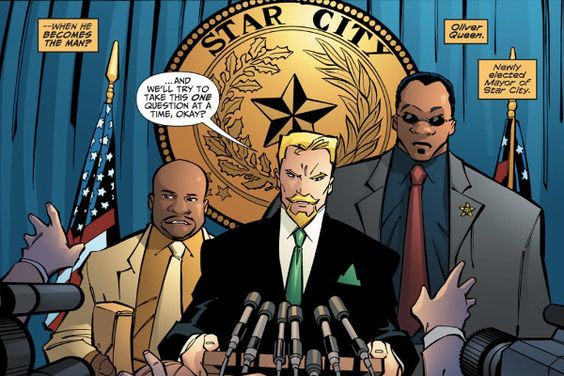 Green Arrow has always been a bleeding heart. He does what he does to help the people of his city. Where Batman’s main focus is to rid Gotham of its crimes and save the day; Green Arrow’s mission is to save his city by helping its people. And he does is not just as the Green Arrow, but also as Oliver Queen. He is one of the few comic book characters – a superhero – who held public office, as the Mayor of Star City. 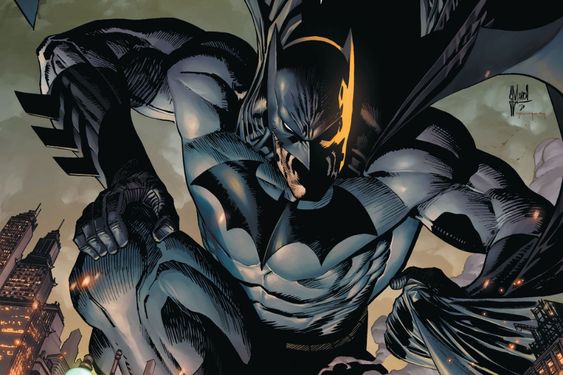 Batman travelled the world and learned every form of martial art, weaponry, technology, forensics and what not to become the best at everything. It’s a good thing he is a Wayne and has the dollars to do it. He not only fights crime in the streets of Gotham, but is the founding member of Justice League and helps averting world ending threats with them on a regular basis. 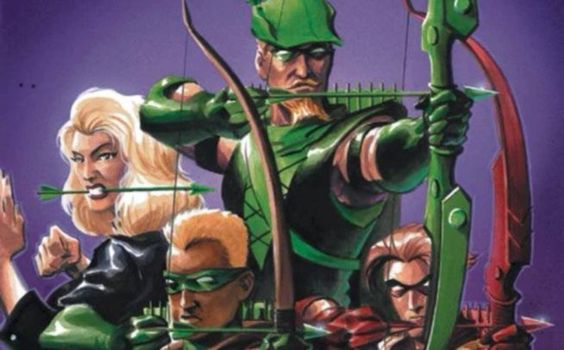 Green Arrow although does have a few other heroes that he works with regularly – like Black Canary; he also has had a few sidekicks along the way. Roy Harper was the first, and he initially went by Speedy. Then changed his moniker to Arsenal, and the moniker of Speedy went to another individual. Mia Dearden became Speedy before joining the Teen Titans like Roy.

Batman: Bat Family – The Best Sidekicks in the Business 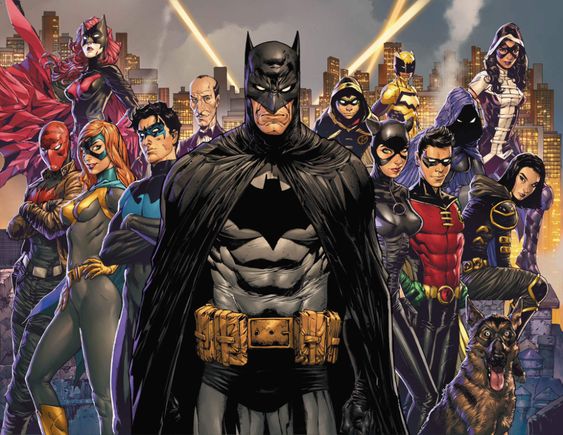 The Bat Family is probably the best in business when it comes to all things superhero. From the first Robin Dick Grayson, who became a hero on his own as Nightwing to Barbara Gordon, who once was Batgirl and then goes on to become the Oracle. Cassandra Cain, Jason Todd, Tim Drake, Damian Wayne, Helena Bertinelli, Katherine Kane, Stephanie Brown and such have been a part of this group, and are some of the best at what they do. 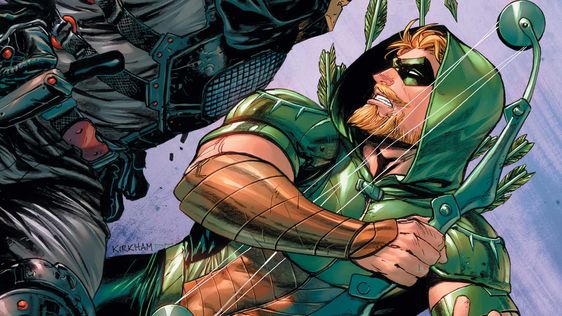 Green Arrow is a brilliant marksman, but he is equally good at combative fighting. When it come to hand-to-hand combat, he is one of the very best, and people don’t give him enough credit for that. Like Batman, Green Arrow too is trained in a lot of different martial art form and uses it in his fighting style. And even without his bow and arrow, that man can hold his own against some pretty tough rivals. 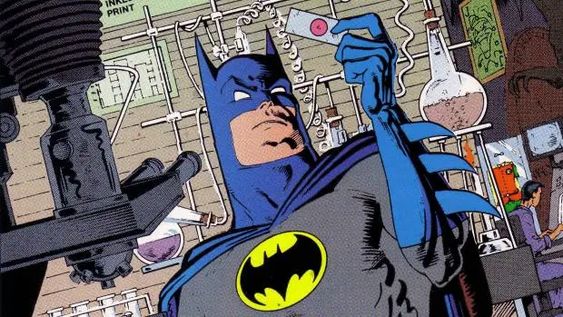 Batman is not just a superhero who fights against crime and injustice; he is also one of the greatest detectives this world has ever seen. In movies and TV shows, his detective skills are rarely given much focus, but if you dive into the world of comics you will some of the most thrilling detective stories when it comes to Batman. 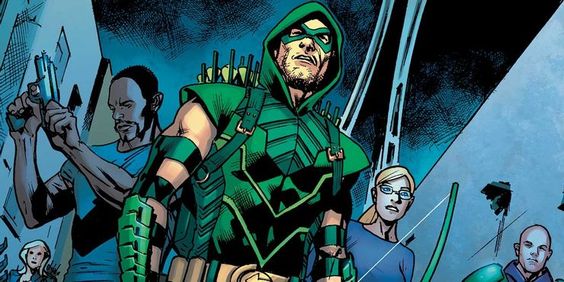 While Green Arrow has been dealt a pretty shitty deal in life, he has somehow been able to find a balance. He is not completely consumed by his need to fight crime, but has given equal importance to his life outside of being a superhero. Contrary to what The CW has shows, in the comics Green Arrow has always been able to make sure that he never lost his sass or sense of humor. And he knows when he needs to be Green Arrow, and when to just be Oliver Queen.

Batman: The Crusader of Gotham 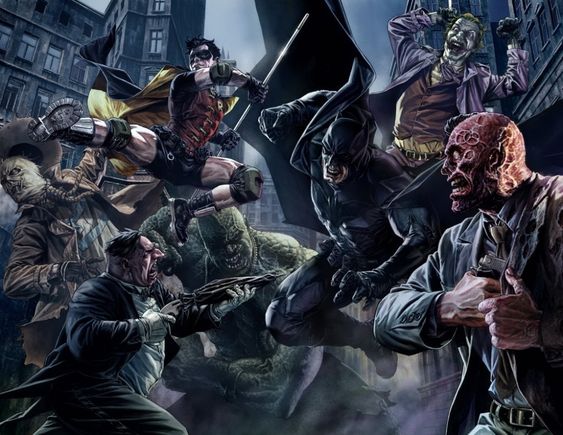 Batman’s whole life is about his crusade. To save Gotham, which is one of the most crime riddled city in the US, and harbors some of the most ingenious villains. From The Joker to Penguin to The Riddler to Bane, Batman has to deal with the lot, and he has made it his life’s mission to be the knight in the darkness that surrounds the city of Gotham.